This past 11/16/17  and 11/17/17, a two day mock trial for Lee Oswald was celebrated on the campus of the University of Houston. As noted at this web site, I was supposed to have testified as an imaging expert for the defense.  My two areas of expertise would have been the  backyard photos, and the man in the doorway of the Altgens6 photograph.  For reasons beyond my control, I was excluded 6 days before the trial.  The result of the  trial was a hung jury with a vote of 5-6 against Lee Oswald,

with one juror failing to show for deliberations.  I am not going to speculate as to which turn the trial would have taken had my work been presented to the jury, however, it is important to publish the work which took me about 6 weeks to complete, notwithstanding the two category 5 hurricanes which laid waste to Puerto Rico in September, my residence at the time.

We have already analyzed the backyard photos in a previous post.  CE133C was found among Roscoe White’s possessions in 1976, at which time it was turned over to the HSCA by the White family.  It was later returned to the White family.  The fact that CE133C was found among the possessions of Roscoe White raises all kinds of questions about his possible involvement in the production of these composites. The very first observation happens to be that both “Roscoe at the beach” and “backyard man” are standing with their weight on the right hip.

As an aside, before we continue with what we would have covered in our testimony, an intriguing paper found at the Harold Weisberg JFK repository, which does not cite its author or its sources, posits the following information about Roscoe:

“It is unlikely that Roscoe was murdered because he had threatened to disclose the Kennedy conspiracy. What is likely, and perhaps even more unsettling, is that after 1963 he continued in his role as a contract assassin, and the number of murders he committed may never be known. He was killed simply because he wanted out. This is supported by John Doe, who told Ricky that “nobody leaves the Company alive”, “or words to that effect. Roscoe White’s code name was “MANDARIN”.”

(Note: Anything in quotations above comes from the original document.)

This is one of the images that were supposed to be shown. A study of the chins:

The next collage showed the result of overlaying “beach  Roscoe”, onto CE133C.  The reason, of course, because they matched in perspective: 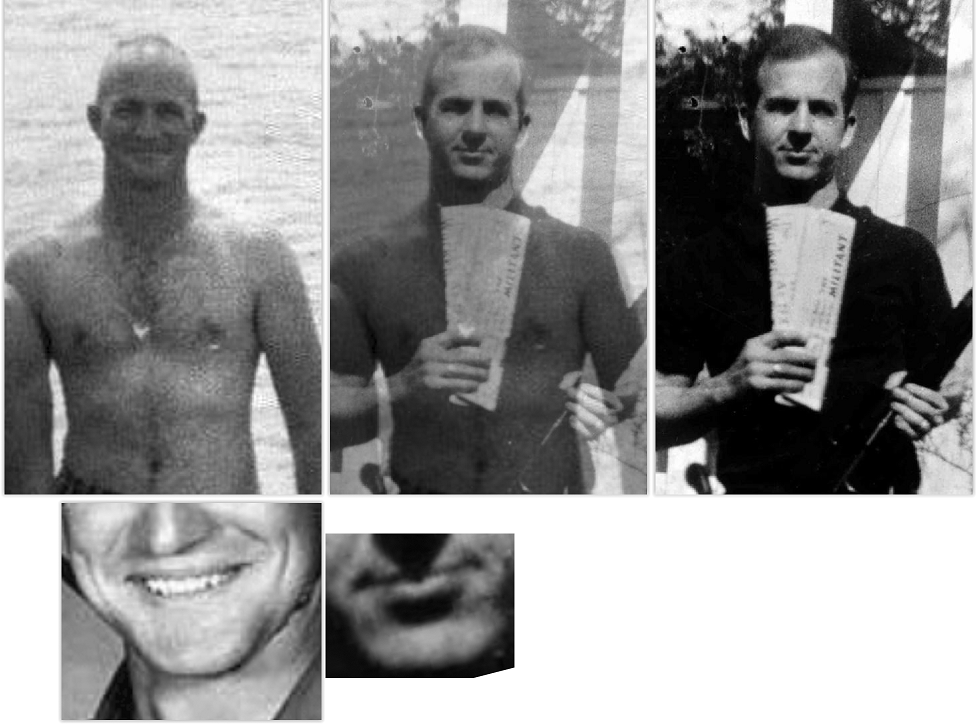 In order to show the many faces of Roscoe White, we also created this collage showing all known photos of White: 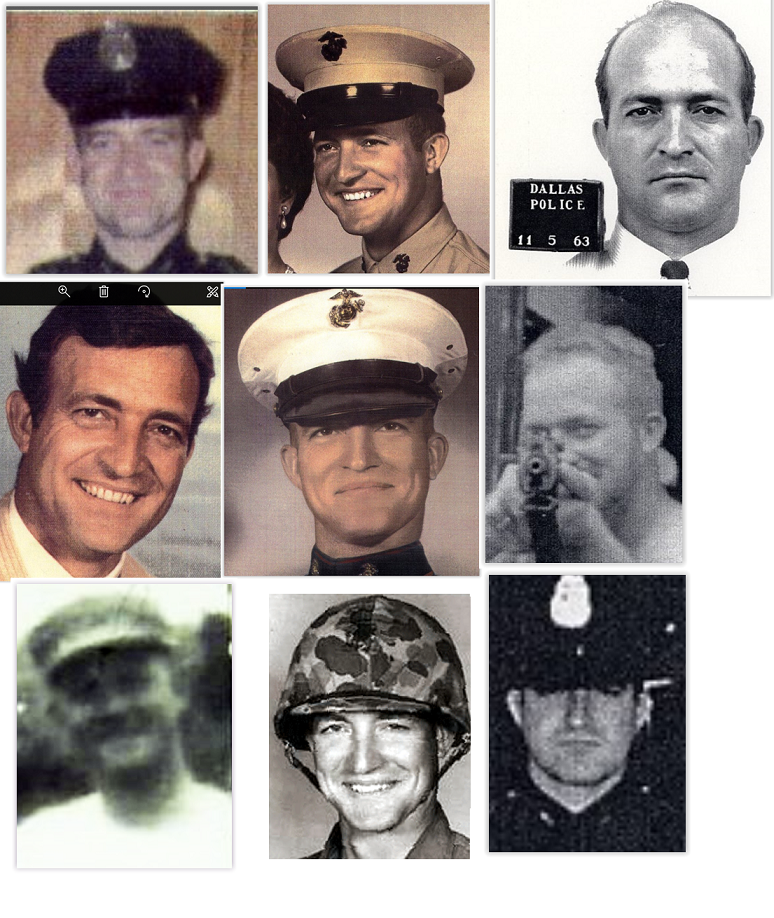 Roscoe was a chameleon  indeed, however, he always exhibited the same square chin as seen above.

This collage would have probably clinched the deal.  The neck, trapezoids, shoulders, torso all line up perfectly with Roscoe White’s physique. 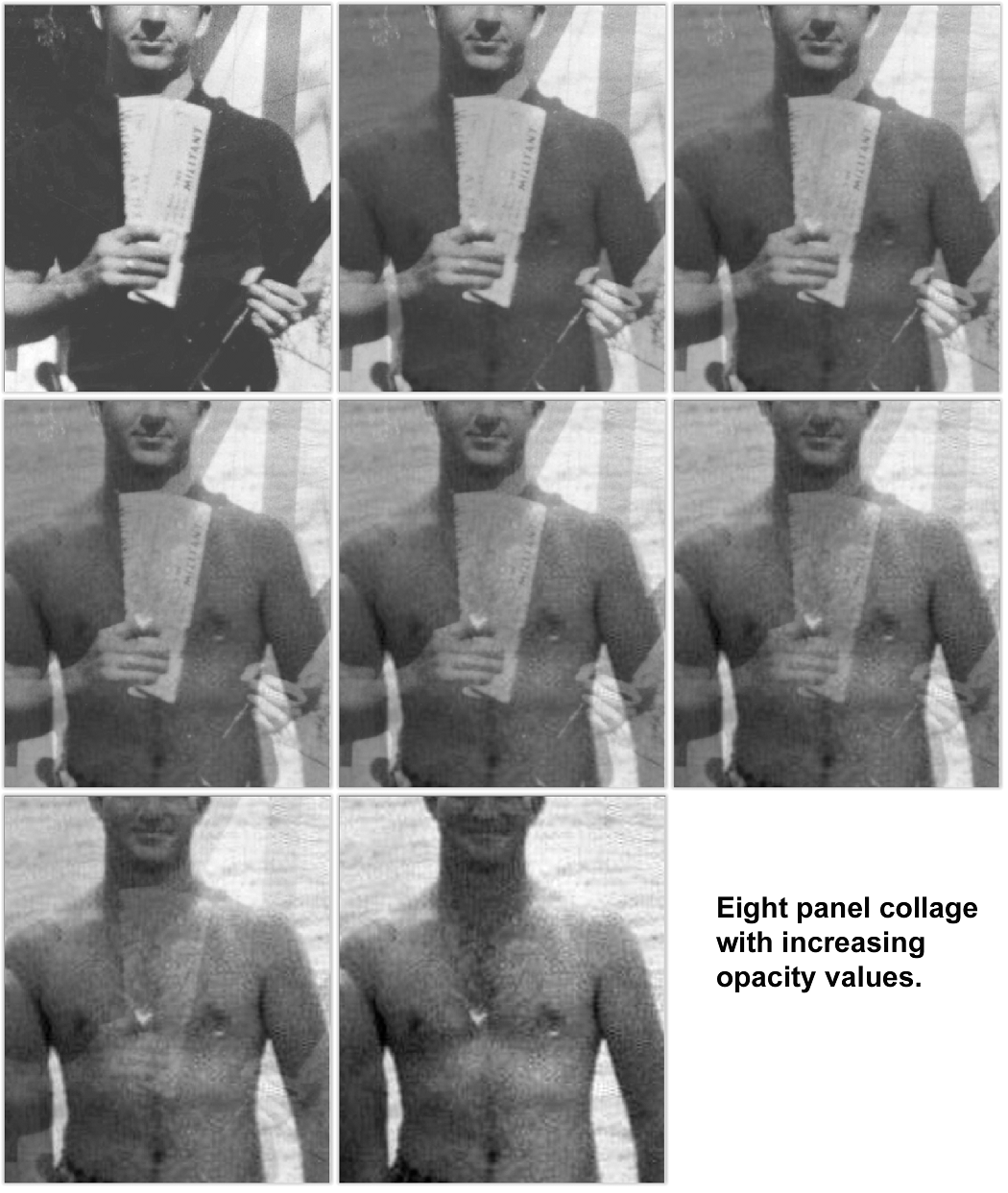 And if you were curious as to how Lee Oswald would fare in this test: 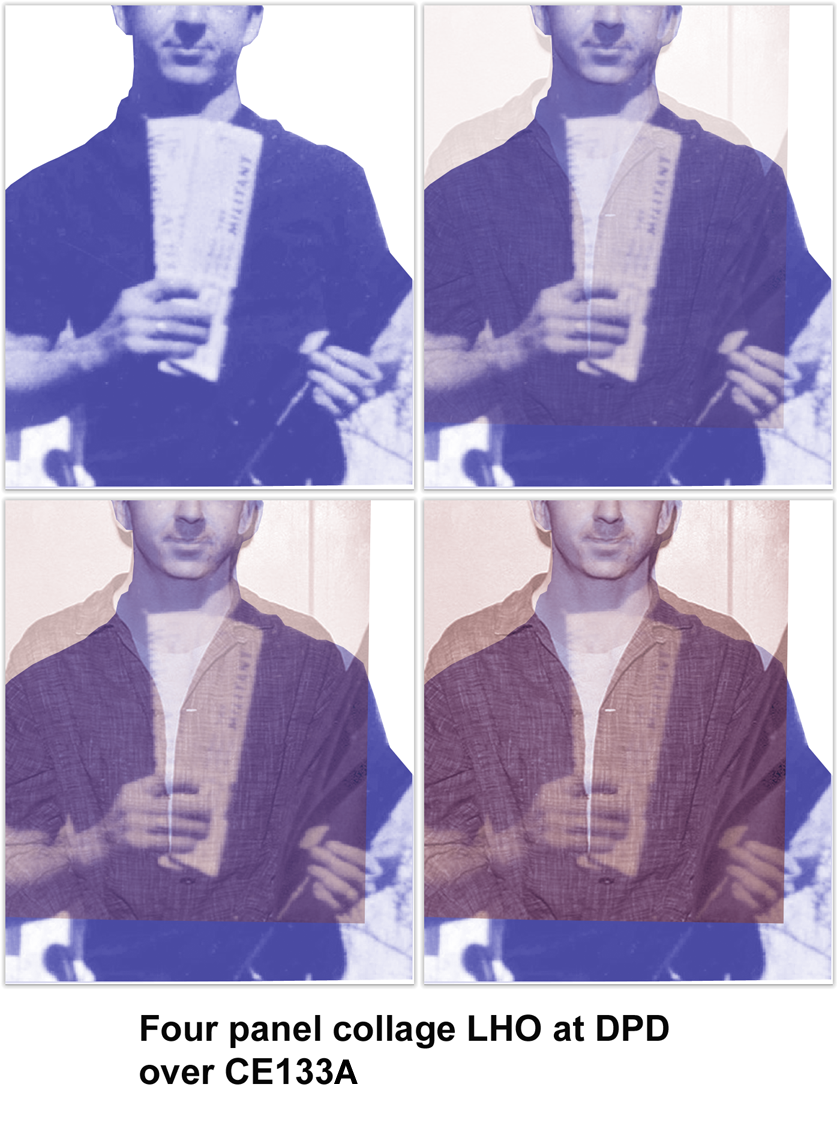 Here are some animated gifs, where the gallery image increases in opacity over the probe image.

Clearly not the same man. Case closed. Below, the correct individual who posed as Backyard Man – Roscoe White