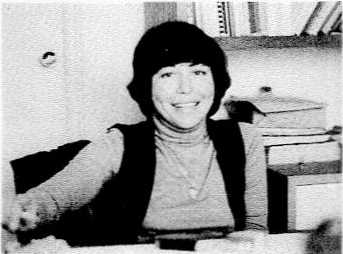 All serious JFK researchers know about Sylvia Durán, the secretary at the Cuban Consulate who had several interactions with a “Lee Oswald” in late September, 1963.  Volume 3 of the HSCA contains the belated interview of Duran (Sylvia Tirado). Of course, she never testified before the Warren Commission.  From day one, the arrest and mistreatment of Durán was viewed as a very serious matter by the U.S. Government. There is a lot of good background information here at https://www.maryferrell.org/pages/Sylvia_Durans_Interrogation.html

This link points to ARRB released documents that truly describe the chaotic circumstances of her arrest. There is, however, one Sylvia Durán document that I found misfiled at Harold Weisberg’s site at Hood College.  Apparently those who were processing Harold’s files mistook Sylvia Odio for Sylvia Durán, and placed this personal account in Odio’s directory.  Yes, the document is in Spanish, so I took to the task of translating it, since it appears no one had ever wondered what she was trying to express.  It is also possible, that Weisberg did not  realize the importance of her statement.  A word of caution: this is a direct translation – present and past tenses are mixed, and she does not differentiate with quotes when one of the principals is speaking to her and vice versa, and this is all intertwined with her own personal thoughts.  Also, please note that she did not establish paragraphs, it is all in one continuous  stream of words and sentences.

A very important and incriminating Lee Oswald link to Duran was cited by the Warren Commission, and it pertains to Duran’s name written in Lee Oswald’s address book which appears as CE18 in Volume 16.  We will present a study which puts this into proper perspective, and allows the reader to decide if the evidence is real.  Here is Sylvia’s translated statement, written 15 years after the fact: 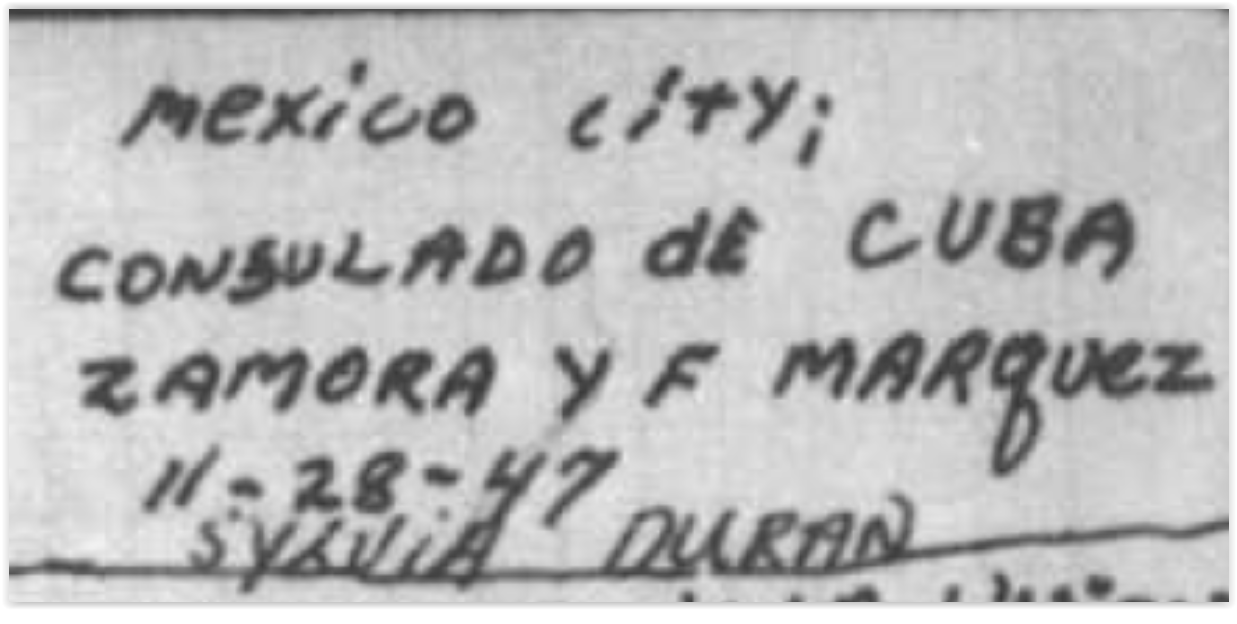 I think he had the slip of paper that I had given him with my information and they were verifying the writing style. After eight hours of interrogation, everything is cleared up. I am not to blame. Sorry about the inconveniences. We suggest you do not make any comments, about this, with anyone. It was our duty to do an exhaustive investigation, to show that Mexico had nothing to do with the assassination of President Kennedy. The FBI had asked permission to send you to the U.S. for interrogation. With your statement it has been demonstrated that Oswald had no links to Mexican left wing groups. We could not allow the American authorities to interrogate you. Mexican citizens are protected by Mexican laws. Go home in peace, with your family, and don’t talk to anyone about this. Good night and thank you for your cooperation. Sign your statement and go. One last act of defiance. First I want to read it. It’s one in the morning. If I can’t read it I won’t sign it. We all leave to get something to eat, everyone is excited and each recounts their own experience. Horacio was slapped in the face and they dislocated his jaw because he did not answer two agents that questioned him at the same time. They asked him to draw a picture of Oswald, the same one they showed me. The only time he saw it was when I showed him the newspaper that same morning. 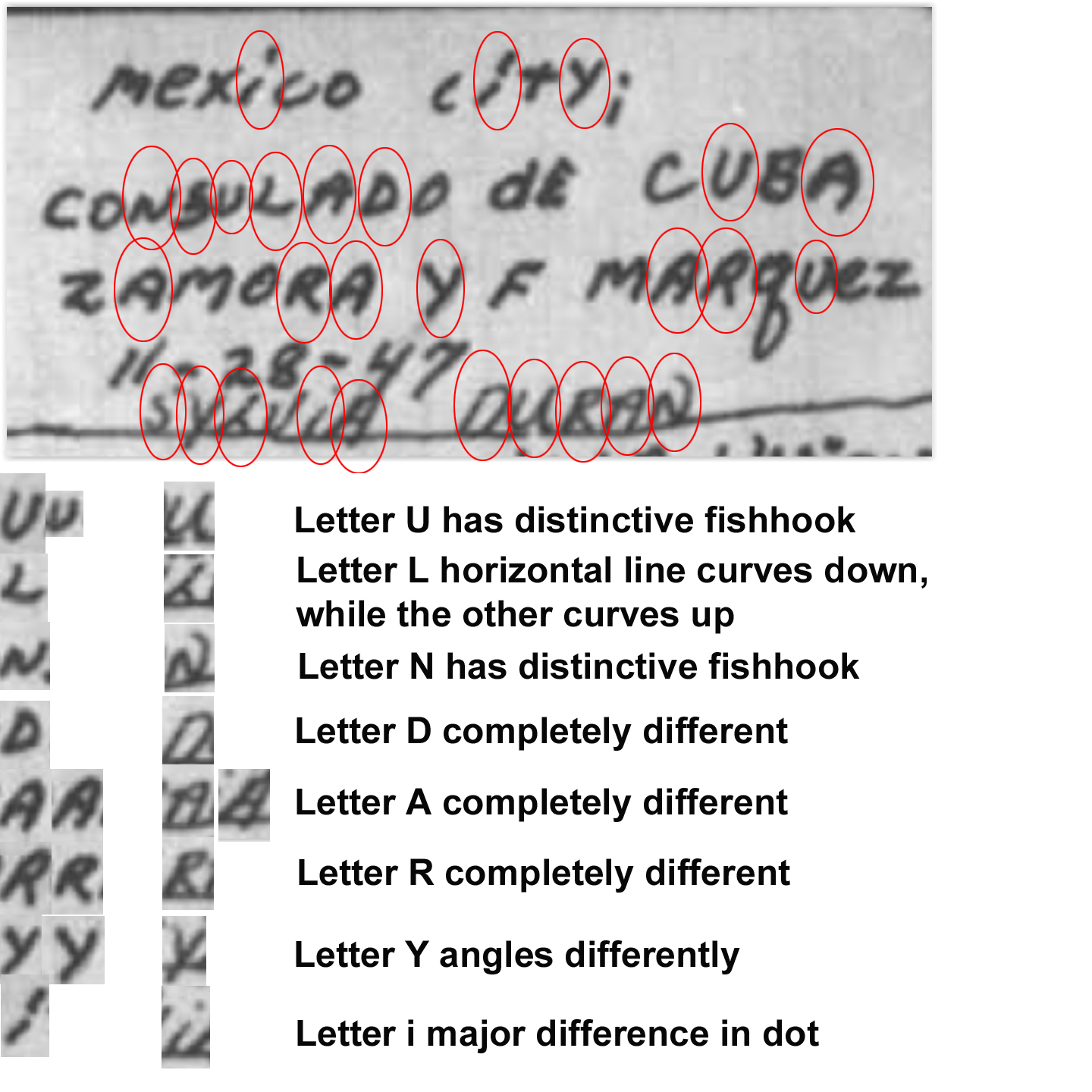 We arrived home. The maid was waiting for us. Frightened, she told us that as soon as we left, some men came and searched the entire house, even under the mattresses. What? They took some books, photographs, and letters. The kids were very frightened. Paul, 10 years old, the son of Horacio, after the agents left, followed them and noted they boarded a vehicle without any plates, since we lived a few blocks from the Cuban Embassy, he went and announced that we had disappeared and the house had been searched. I don’t think we slept that night. Sunday was sad and gray. We did not want to answer the phone, nor open the door. At night, a friend came to visit and comment on the assassination, he had been invited to be with us Friday night for my birthday. We hardly talked. We were terrorized and thought there were microphones throughout the house. Of course, we told him nothing about the arrest. The following day, Monday the 25th, I showed up to work and was surprised to see that everyone at the Embassy was asking about the interrogation. How did they find out when I wasn’t supposed to say anything? It’s on the front page of this morning’s Excelsior. Indeed, they reported what I had said about Oswald’s visit to the Consulate, and how Azcue had chased him away. I met with the Ambassador and told him in detail what happened Saturday the moment I left the Consulate. I showed him the bruises I had on arms and legs. I tried to recount the interrogation step by step. A report was sent to Cuba, it was Monday, air mail day. That same day, Fidel spoke with Azcue, who was already in Havana, working for the revolutionary government. Eusebio corroborated what I had said and he also remembered what transpired. Fidel expressed doubts about me, since I had been threatened. We are on a third floor and we can say that in a moment of hysteria you jumped out of the window. Don’t forget you have a three year old daughter. I really thought I was going to die, and I decided that it was best that my daughter know that her mother had died telling the truth, and not have a mother who had betrayed herself, in a moment of weakness.