Randall Adams was the poster child for Dallas Police Department abuse of power.  In 1977 Adams was  convicted for the shooting death of DPD officer Robert Wood during a routine traffic stop on November 27, 1976.  He ended up on death row and was just 3 days away from execution when he was granted a stay.  A documentary filmed in 1988 (Currently on Netflix) told his story and brought out new evidence which proved that he did not kill Officer Wood.  Within days he was a free man. 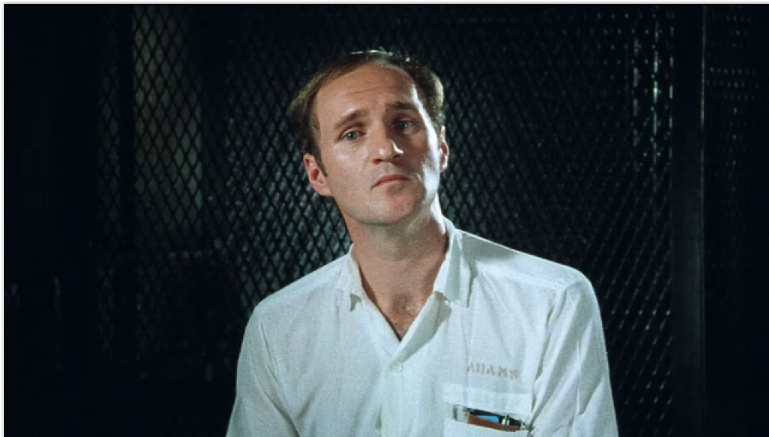 So what does Adams have to do with the JFK case?, you might wonder.   Well, it just so happens that some of the DPD players who helped frame Lee Oswald were also involved in framing Randall Adams.  In order to understand how a white man in Texas could go through such an ordeal, it is important to consider the notoriety of the District Attorney’s office when dealing with alleged cop killers.  And who was District Attorney of Dallas from 1951 to 1986? Non other than Henry Wade.  Many of Wade’s convictions have since been overturned.

In the documentary “A thin blue line”, Adams describes his treatment at the hands of Gus Rose after being arrested for the shooting death of Officer Wood.  But before we get into Adams’ 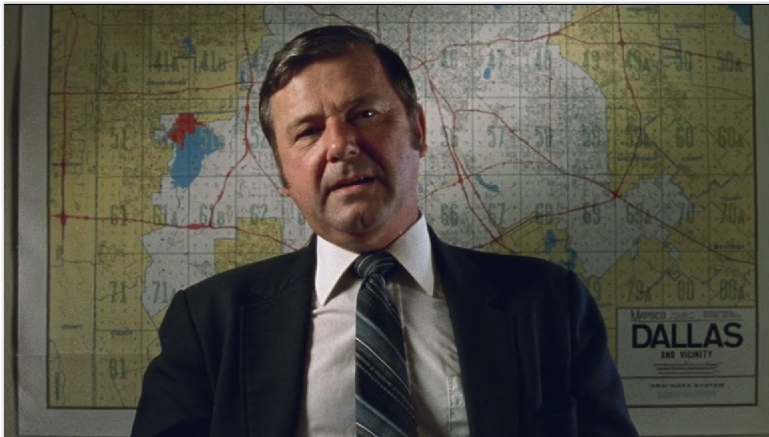 story, it should be noted that Gus Rose was the DPD Detective who was assigned the task of finding Lee’s co-worker Buell Wesley Frazier the evening of November 22, 1963.  Frazier had disappeared for close to 6 hours that day, and the DPD was frantically looking for him because he had given Lee a ride to work that morning.  When Rose finally caught up with him, he took him and his sister, Linnie Mae Randall to City Hall to sign affidavits.  After they were done, they were allowed to go back home and were almost back in Irving when Captain Will Fritz radioed the detectives to bring him back for a polygraph test.  This is how lone-nut author Jim Bishop described it (note: Bishop called him “Guy”): 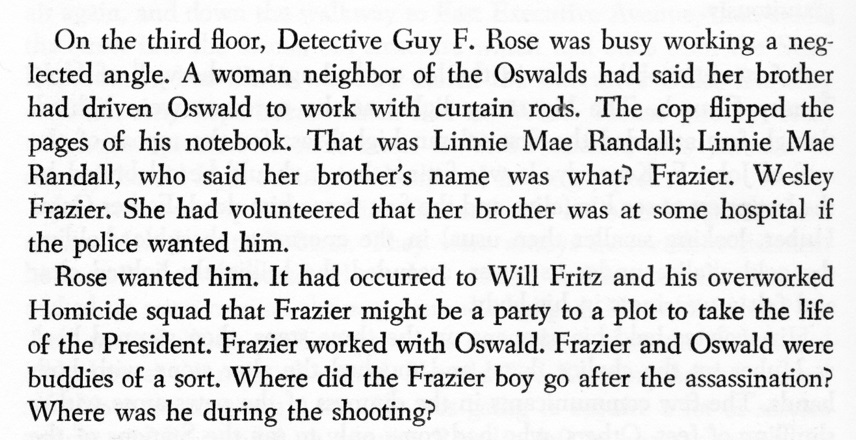 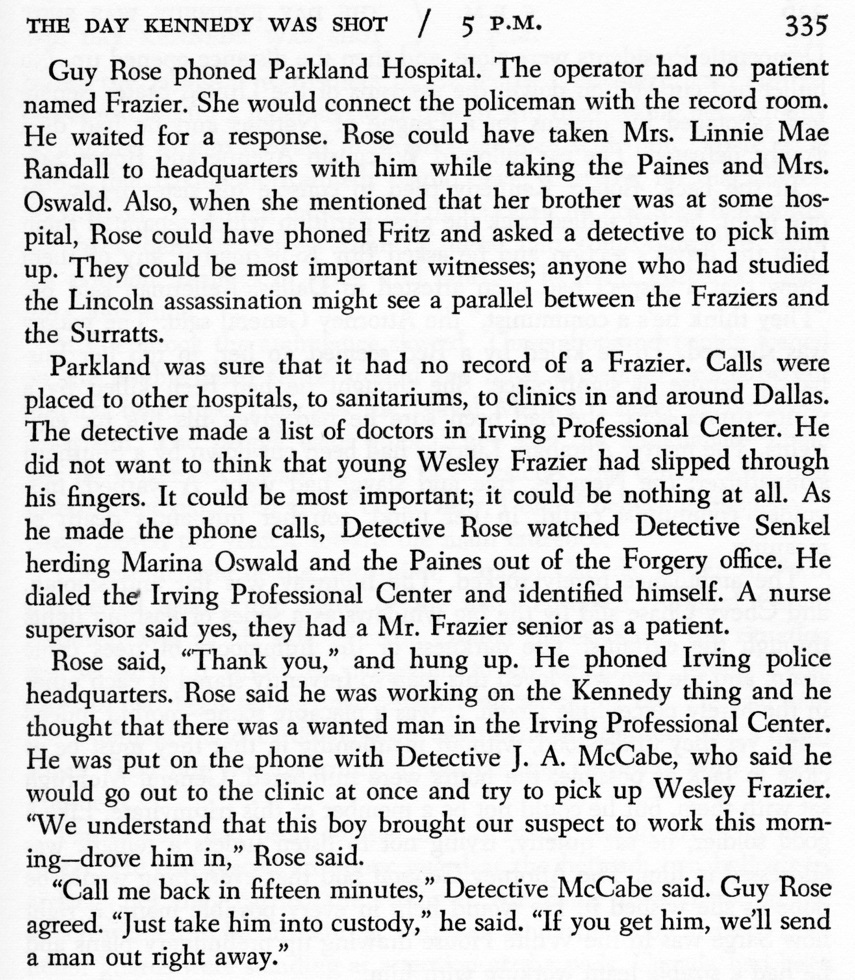 In 2013, Frazier described in vivid detail, his experiences with Captain Fritz when they brought him the second time for the polygraph: 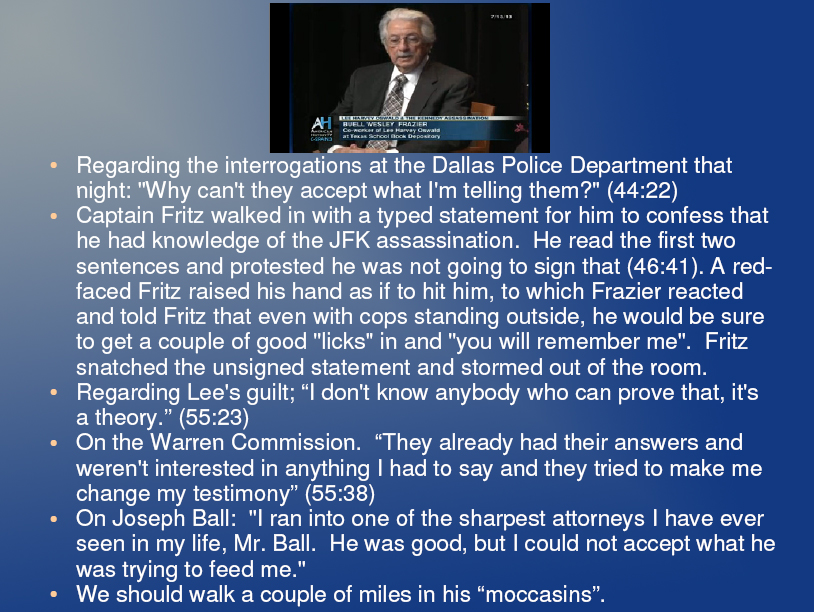 So how does Rose fit into all of this? Well it seems that the same playbook that was used to intimidate Frazier into signing a confession, was also used on Adams 13 years later! And this time it was Rose who took center stage.

Randy Adams: “Gus Rose walked in – he had – he, ah, said that I would sign it (the confession), he didn’t give a damn what I said.  I told him I couldn’t, I don’t know what you people expect of me, there’s no way I could sign that.” 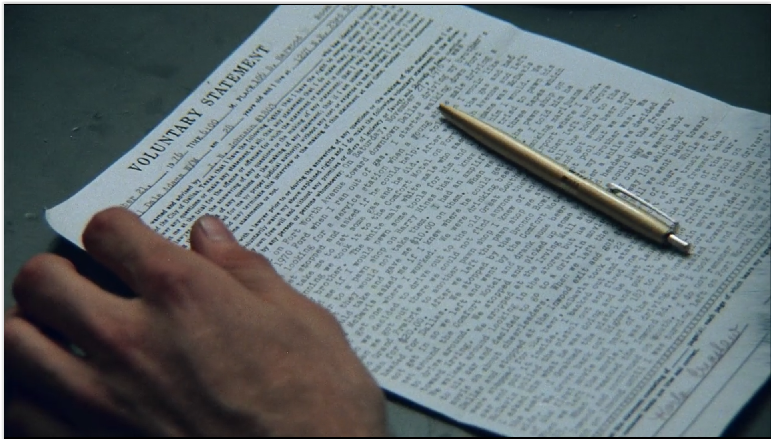 “He left, he came back in 10 minutes later and threw a pistol on the table, asked me to look at it – which I did, I looked.” 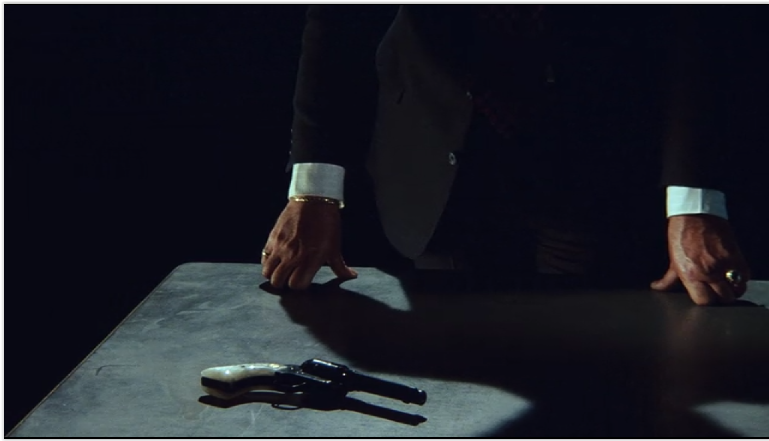 “He asked me to pick it up. I told him no – I wouldn’t.  He threatened me – again I told him no.  He pulled his service revolver on me – we looked at each other for – to me it seemed like hours.  I don’t like looking down the barrel of a pistol.” 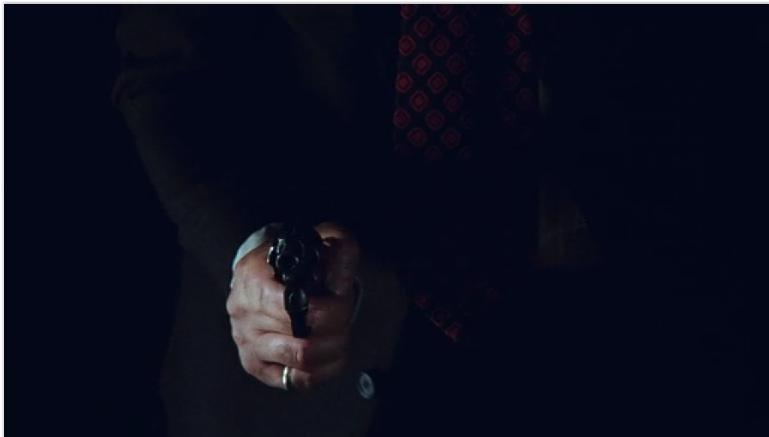 “I do not like being threatened.  When he saw that he would either have to kill me or forget the signature, I guess he forgot his signature because he put his pistol away.  He took the pistol off the table – and stormed out.”

But there is more.  Adams described how he was denied his basic rights as a suspect of a crime:

“I of course told them what happened that Saturday, that I had met this kid – I kept telling them the same thing.  They didn’t want to believe me.  Never once was I allowed a phone call – never once was an attorney there. ” Does this sound familiar?