JFK researcher and image specialist Amy Joyce appears to have finally solved the mystery of “Gorilla” man seen in the John Martin film.  In this blog post, http://merdist.com/wp/2017/02/08/lovelady-spoke I presented compelling evidence that the man seen in the Martin film IS NOT Billy Lovelady.  This information is also dealt with in chapter 7 of, “The JFK Horsemen”, “The HSCA activities of Kenneth Brooten and Robert Groden.”

Amy has found an individual wearing the exact same clothing as Gorilla man, locating him in a Jay Skaggs slide. His position is among the crowd on the West curb of Houston Street, as the JFK limo has just made the turn from Main onto Houston.

The escort seen in the foreground is Officer Douglas Jackson: 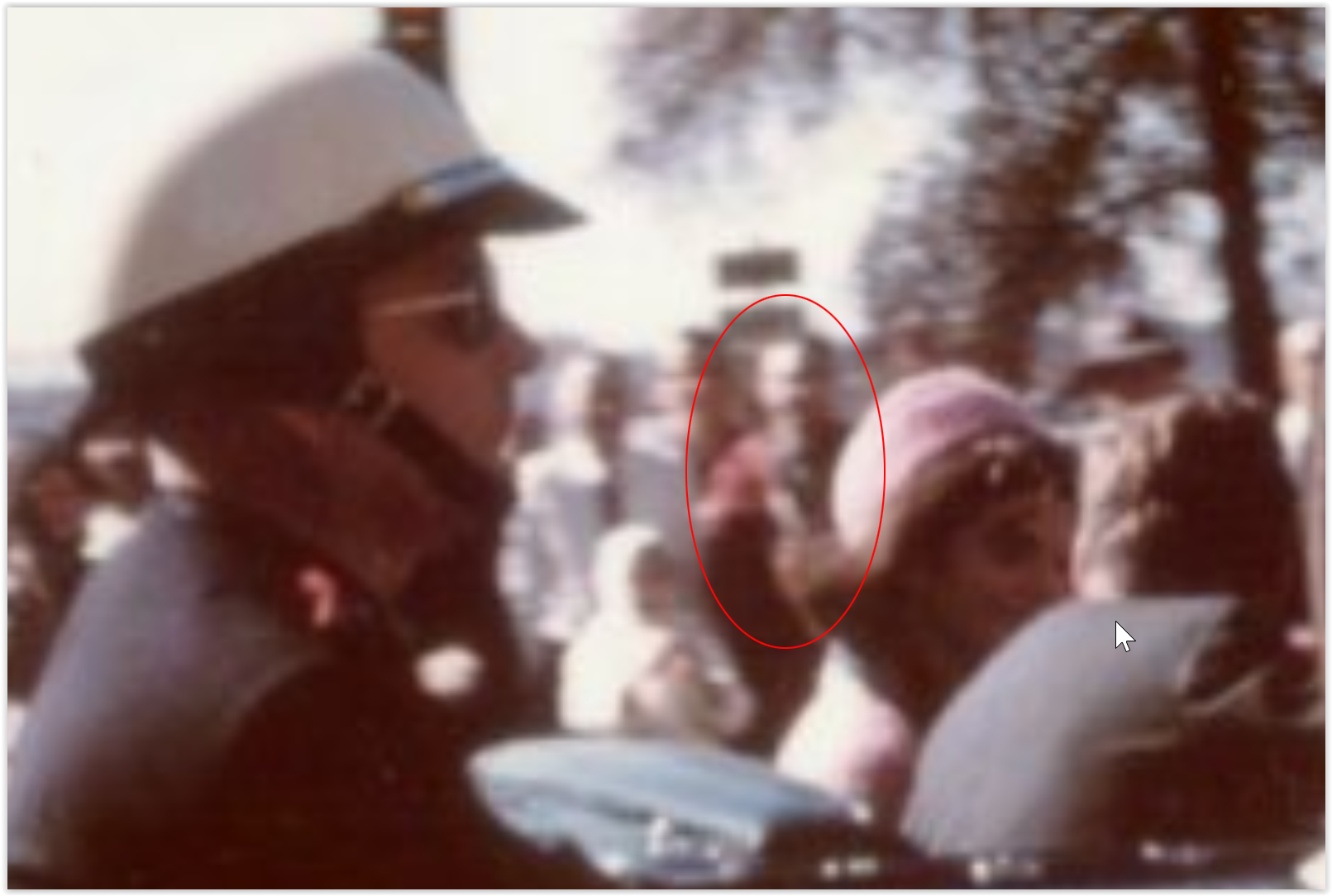 Skaggs position was right at the corner of Elm and Houston Streets, on the East curb of Houston.  Here he is seen in Bothum photo number 3: 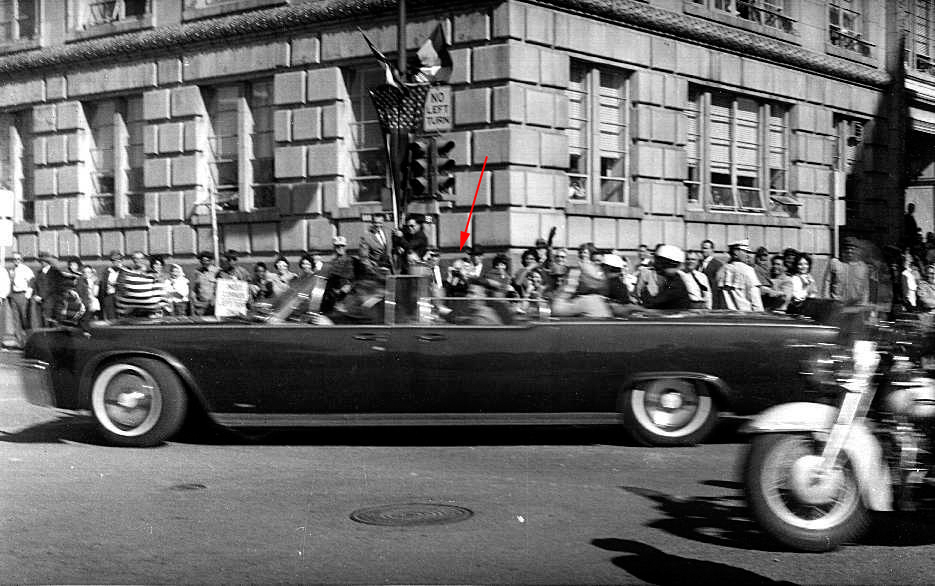 Amy has also located what appears to be the same individual in the Zapruder film, where he is seen in frames Z193 though Z218, walking along the colonnade which borders the reflecting pool in that area.

This is Costella Frame Z205 showing the area in question. 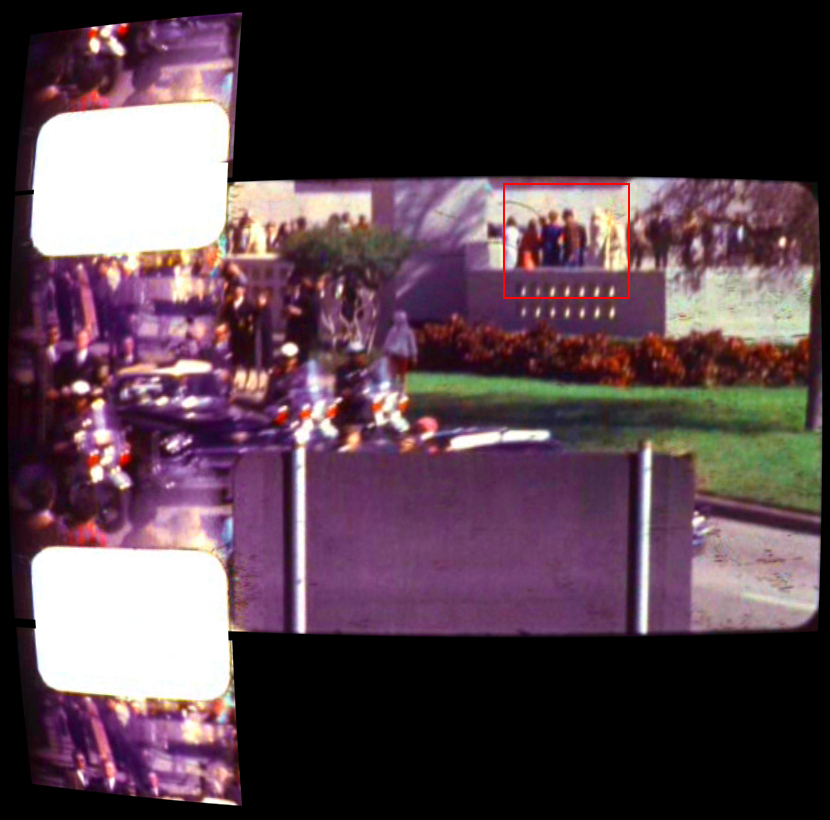 This frame clearly shows the clothing he was wearing – a checkered shirt with denim blue jeans. Also note the bald spot is already visible.  Jim Fetzer has repeatedly pointed out how “Gorilla” man seen in the Martin film is a well- built individual, who is  practically bursting out of his shirt. That is exactly what we see here: 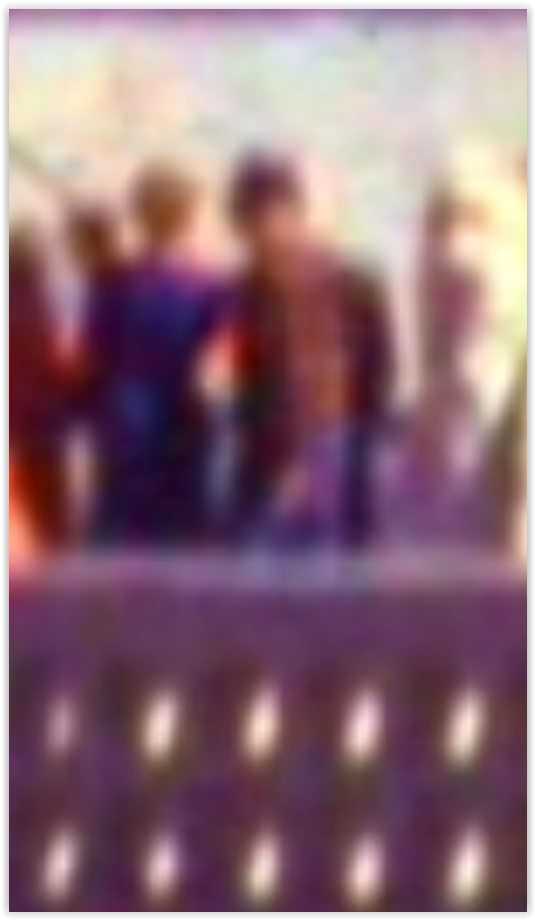 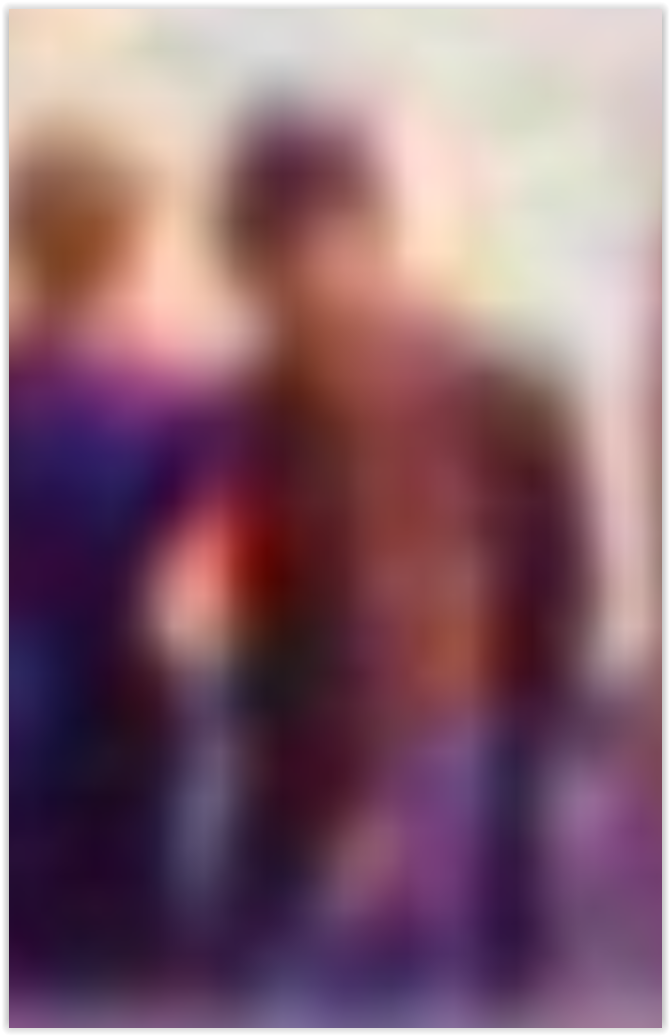 Here is an animation and stabilization of those slides which track his movements during this time:

He is moving South to North, walking at a brisk pace with a purpose,  parallel with Houston, right along the reflecting pool which is located there.  Watch closely as frame 200 shows him lifting his left arm and hand as he takes a drag from his cigarette. I have paused the animation for 1.5 seconds at this point to show the movement. Here is frame 200: 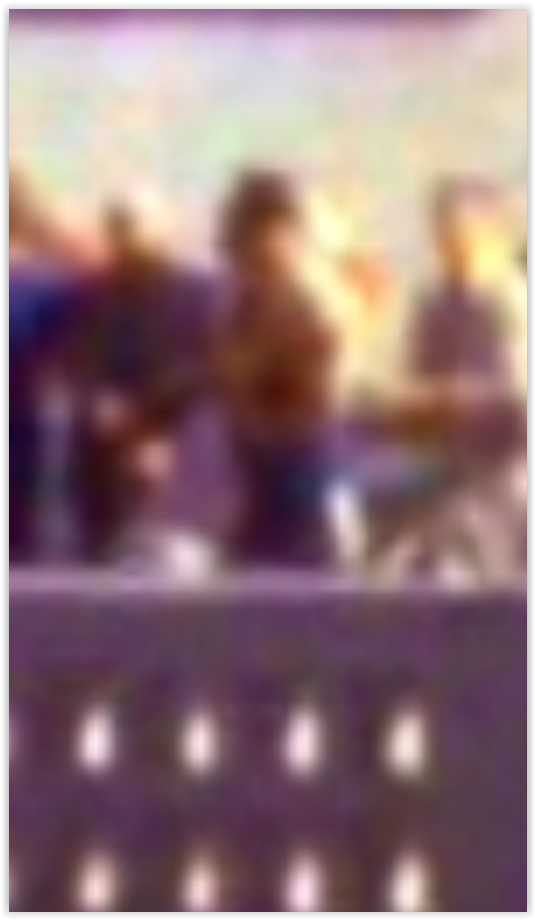 This guy is doing exactly what Gorilla man is seen doing in the Martin film: smoking a cigarette! What’s even stranger is that the African American woman standing left of him is wearing pink rollers! What does this mean? It means that not all of the people congregating around the TSBD entrance right after the assassination were TSBD employees! It also speaks volumes about the DPD lack of control of that area, at least 10 minutes after the event. 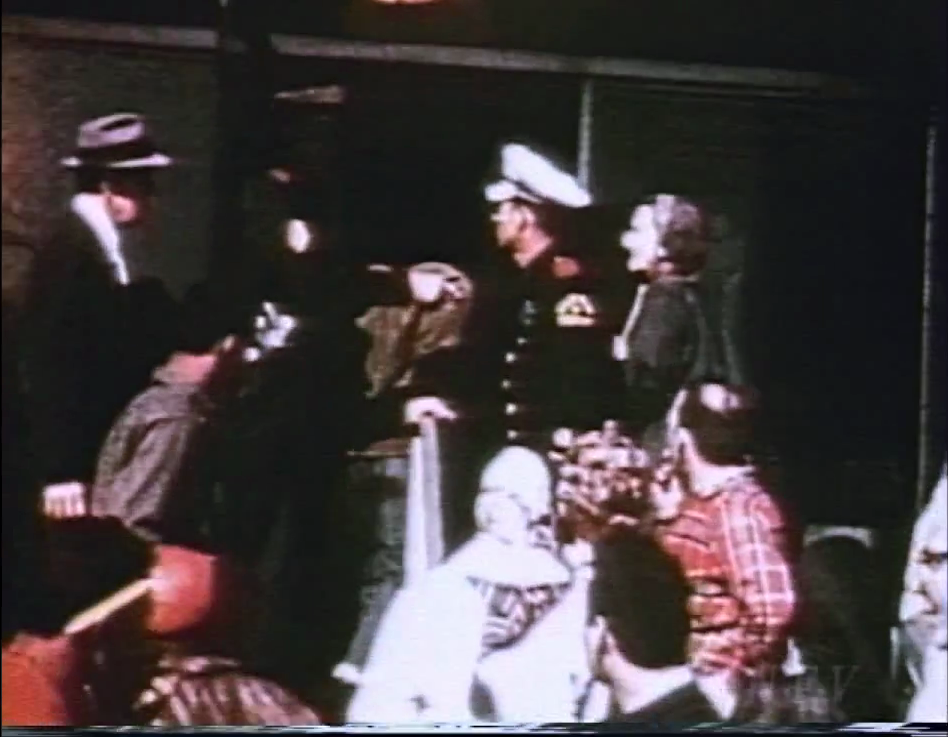 Here is the slow motion video clip of the sequence:

For those who think Gorilla man has been artificially inserted into the film, here is a side by side comparison with the Hughes film, showing the exact same event, from a slightly different perspective:

This is a blowup of frame Z216. Gorilla man is still smoking: 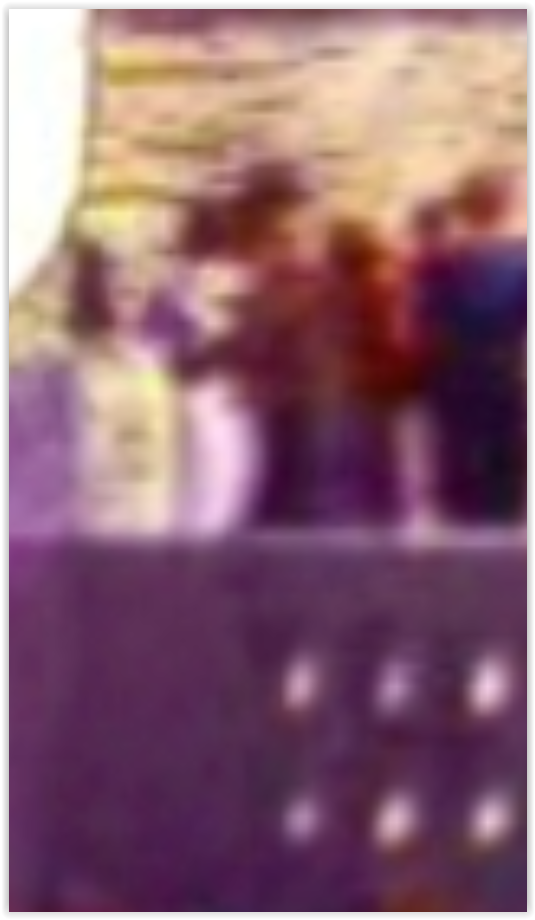 Here is Costella’s Z frame 217 which shows the entire frame: 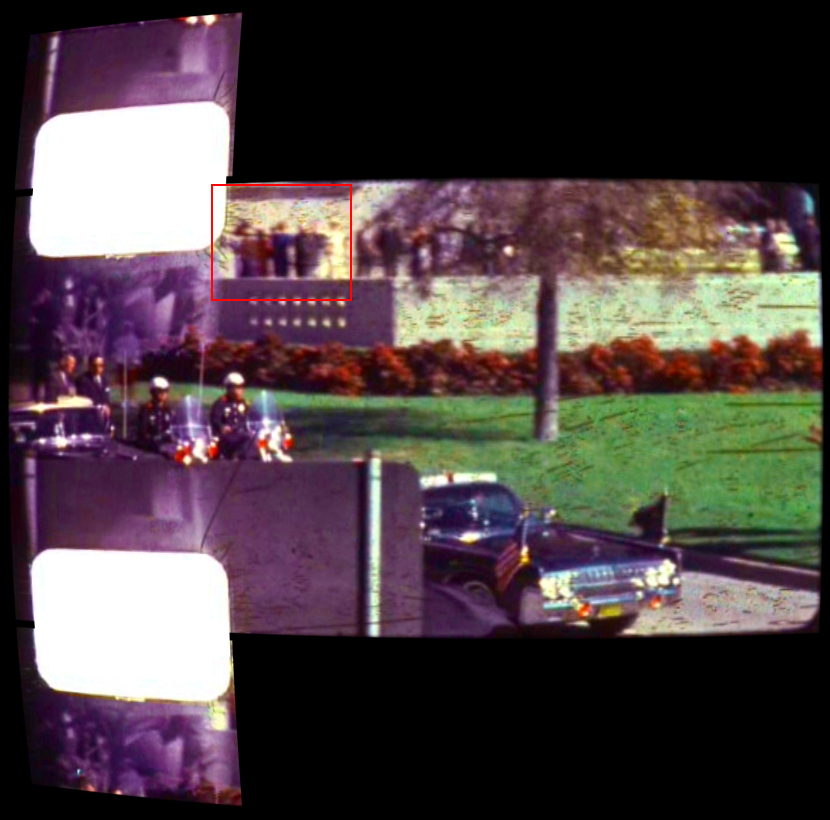 An isolation of frame Z217 shows him just before he disappears from the Zapruder film: 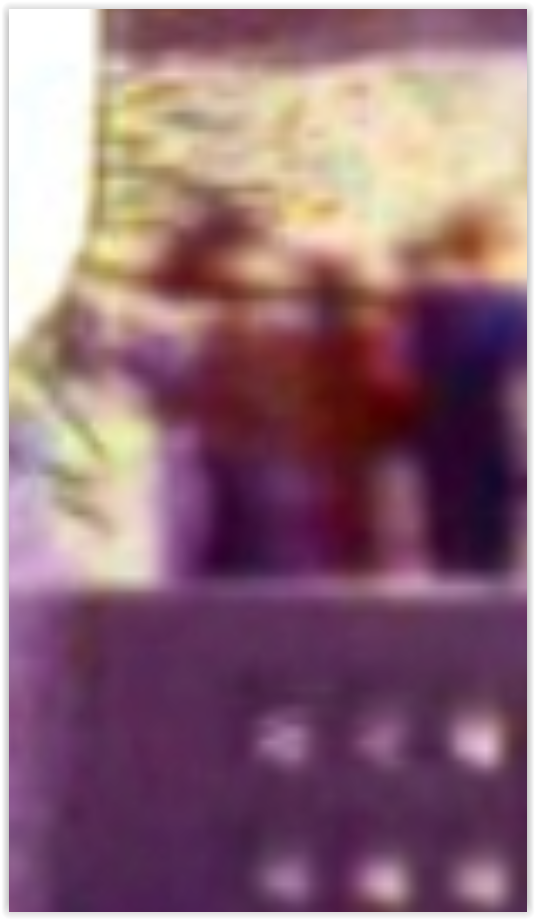 And here is a closeup showing the same bald spot seen in the John Martin film. It is also seen in other Zapruder frames: 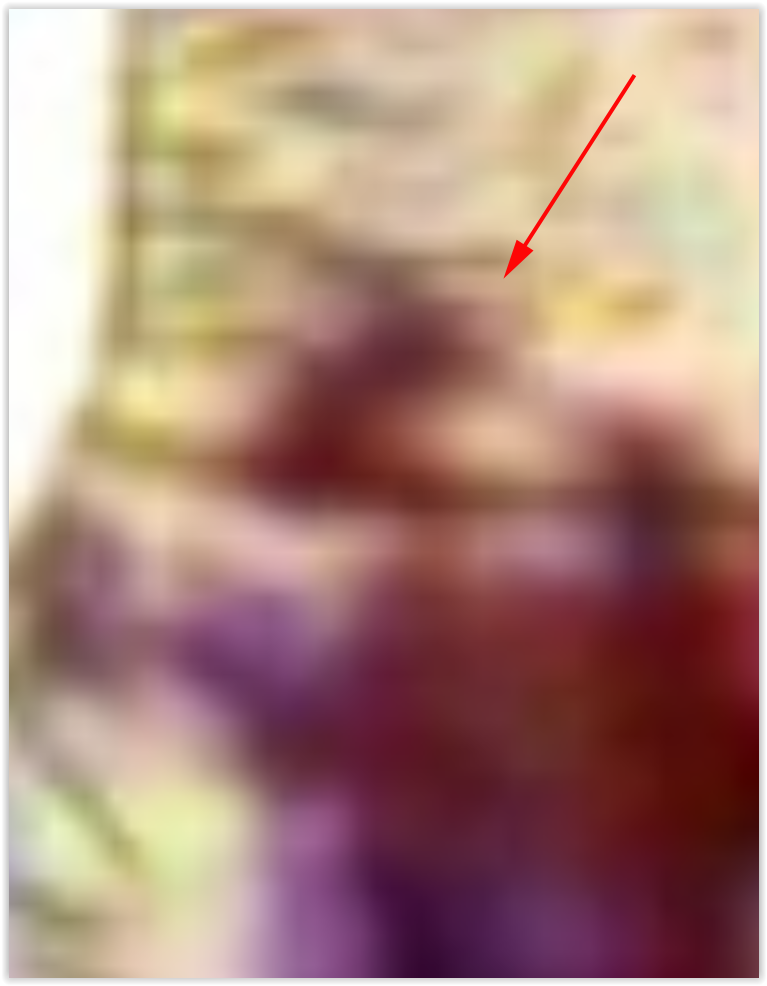 The similarities are so striking, that even the forward tilt or slouch of his neck is seen in Z217! 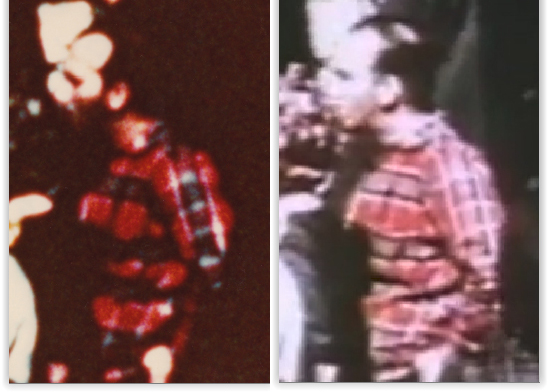 So what does this all mean?  First of all, those who claim Gorilla man to have been Billy Lovelady, ten minutes after the assassination hanging out in front of the TSBD entrance, have a major problem. If Lovelady is Doorman, then how could he also be roaming around Houston Street as the assassination is unfolding? A second, even more disturbing problem, is why is he not turned around facing and following the JFK limousine as it is already traveling down Elm Street, well to his left? The view from that position was unobstructed.  What was this guy up to??

If the identification of Gorilla man in the Skaggs and Z film are correct, Kenneth Brooten and Robert Groden appear to have a lot of explaining to do, since they went to Aurora, CO, in November, 1976, in representation of the HSCA, to show Lovelady the underexposed Martin frame and obtain his alleged positive identification of himself.