It is now possible to apply 3 Dimension technology to the JFK Assassination.  Programs like Blender and Sketchup  allow the creation of 3D scenes using surviving photographs and film as reference images which in turn can be used to analyze these in virtual 3D space.   “Models” or “objects” can be inserted into a “scene” or composition which can be rendered with strategically placed cameras.  Full scale models or objects are easily obtained on the Internet, which can then be used in these scenes.  Shadows produced by lighting can then be used to create realistic models which are extremely accurate and reliable.

The famous Ike Altgens photograph known as the “Altgens6” corresponds in time to Zapruder Frame 255. This version of the Altgens6 can easily be represented in Blender, giving the user full capability to replicate it in 3D space.  Using this photo as a reference image, we can then insert and align different cameras to produce  different perspectives which allow us to study the scene in detail. 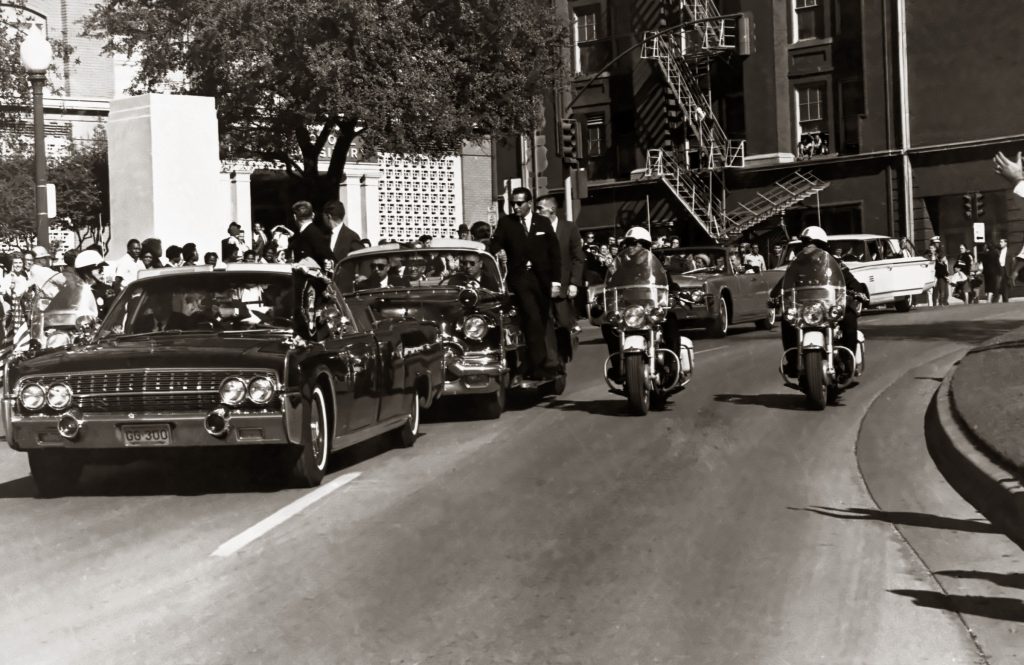 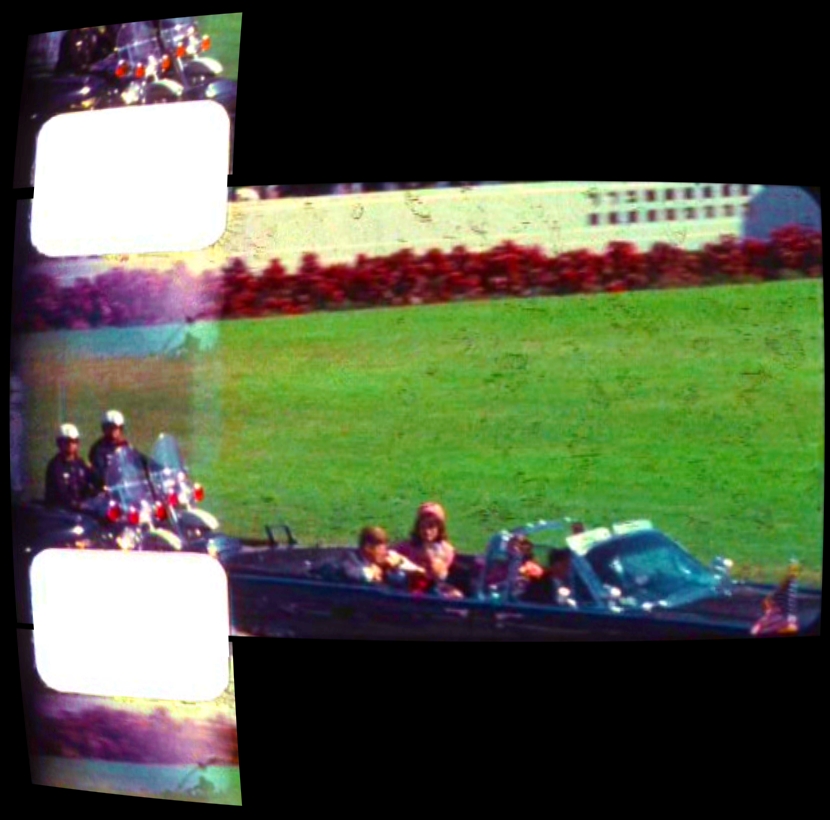 After we establish the exact position of our models and objects, Blender allows us to capture what each camera sees, which can then be saved as an image file.  These image files can be in any format, for example, .png or .jpg, and can be used to overlay onto other photographs for comparison.  Here is a screen shot of our scene in Blender: 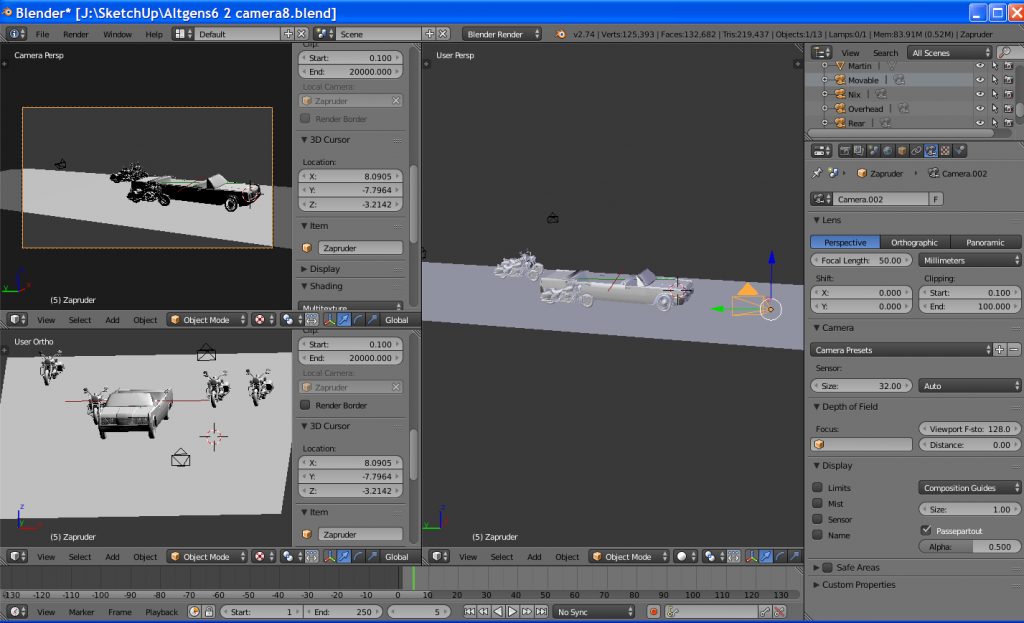