Officer James Chaney was one of the four escort patrolmen surrounding the JFK limousine.  The shadow cast by Chaney is clearly visible in the Saturday Evening Post version of the Altgens.  The importance of this cannot be overstated.  It means that the position of Chaney is within arms reach of the President, who is reacting to a bullet to the throat.  Furthermore, Chaney is clearly separated from the curb.  Blender places Officer Chaney in 3D space exactly where he is shown in the SEP version of the Altgens6. 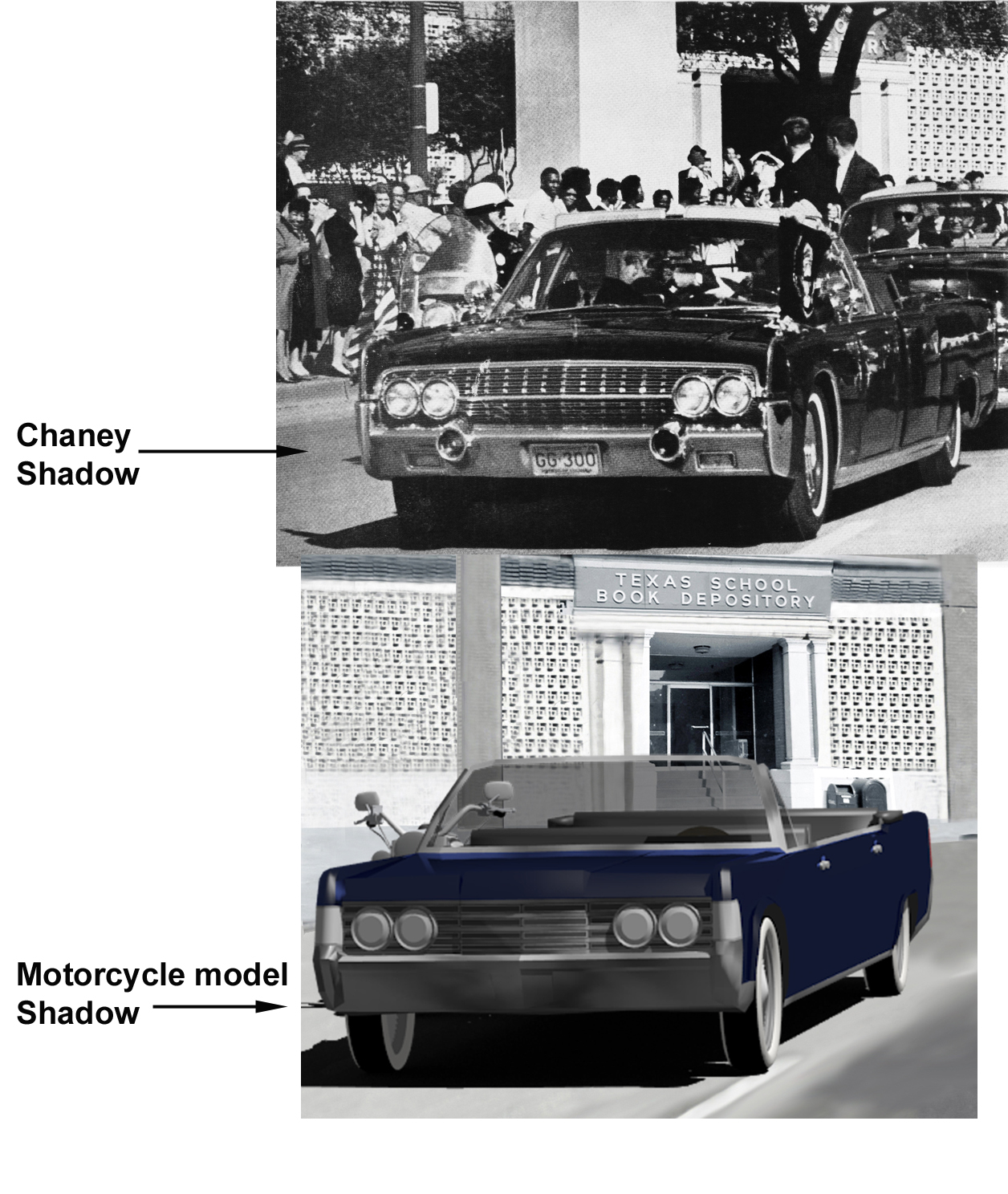 When we rotate our view of the same scene from behind, we can appreciate how close Chaney was to the President: 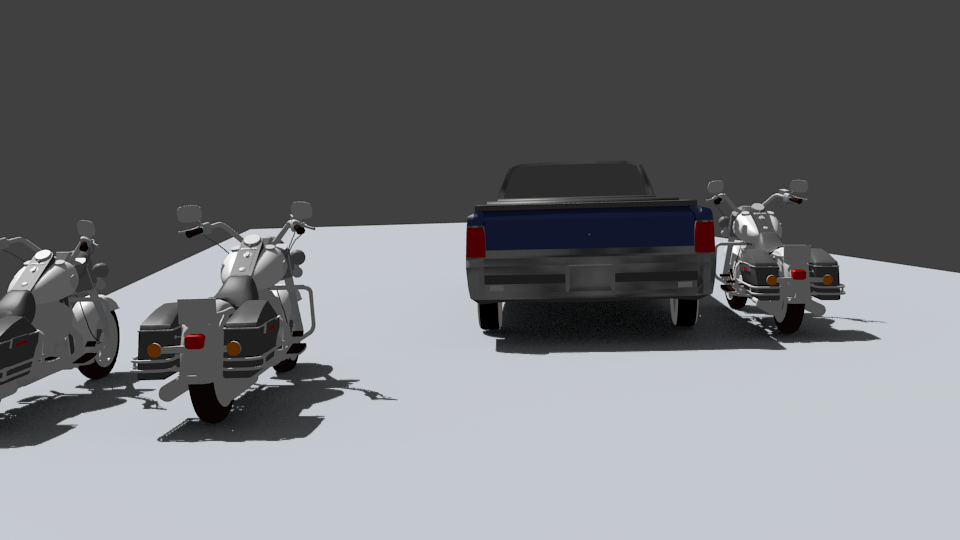