“There are no witnesses who have ever stated this and there is no evidence to support this claim.” Warren Commission Report pg 640, by co-authors Howard Willens, Norman Redlich and Alfred Goldberg.

LIAR, LIAR, YOUR PANTS ON FIRE!

The following passage is from my book, The JFK Horsemen:

In 1967 and 1968, after months of investigation and careful evaluation of the pertinent testimony and FBI   interviews, (Beverly) Brunson determined that one of the motorcycle jockeys, who was part of the immediate escort, ran his bike up the grassy knoll chasing what was presumably one of the shooters. The Warren Commission Report went as far as trying to dispel the ugly “speculation” about the “knoll rider”, with the outright and blatant lie: “There are no witnesses who have ever stated this and there is no evidence to support this claim.”73 For some unknown reason, and even though it was duly reported in the newspapers that weekend, Brunson discovered that the actions of this escort were ignored and never pursued by researchers and investigators. In a letter written in 1967, she lamented: “In fact, so far as I know nobody but me has ever been interested in him.”74 In her paper titled “The President’s Motorcycle Escort: Activities Immediately after the Shots Were Fired”,  Ms. Brunson cited four crucial witnesses who observed the “knoll rider” – George Davis, James Simmons, Luke Winborn, and Clemen Johnson, who never testified before the Warren Commission, and were only interviewed by the FBI:75 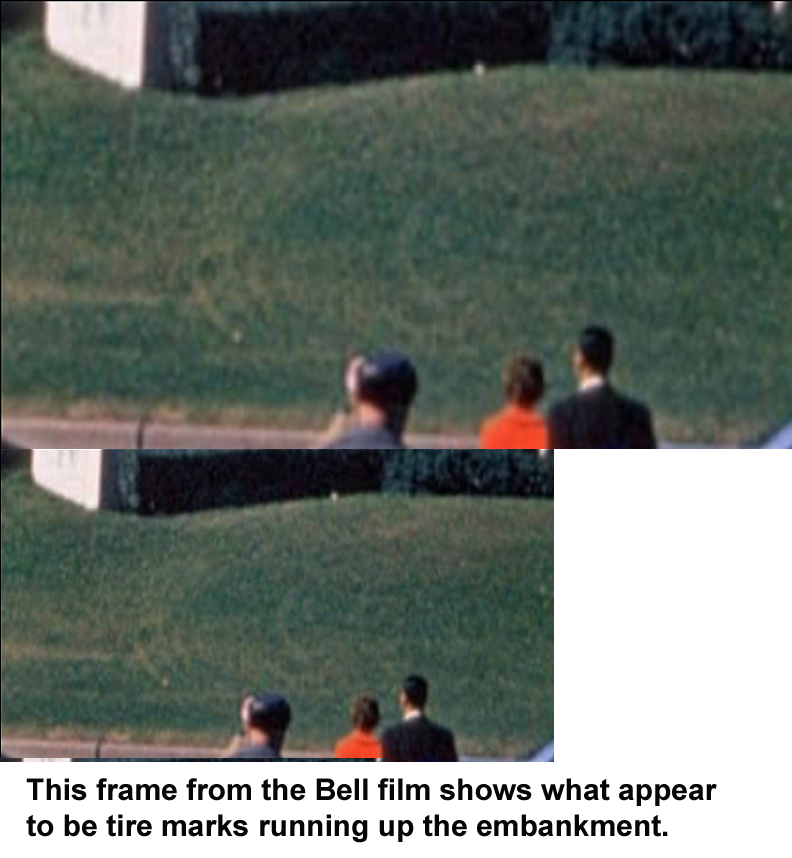 Beverly wrote that newspapers were replete with stories about what she called the motor jockey hero. Here is a sample. Note that this is a late Friday edition, which was published before the media came under control of the cabal : 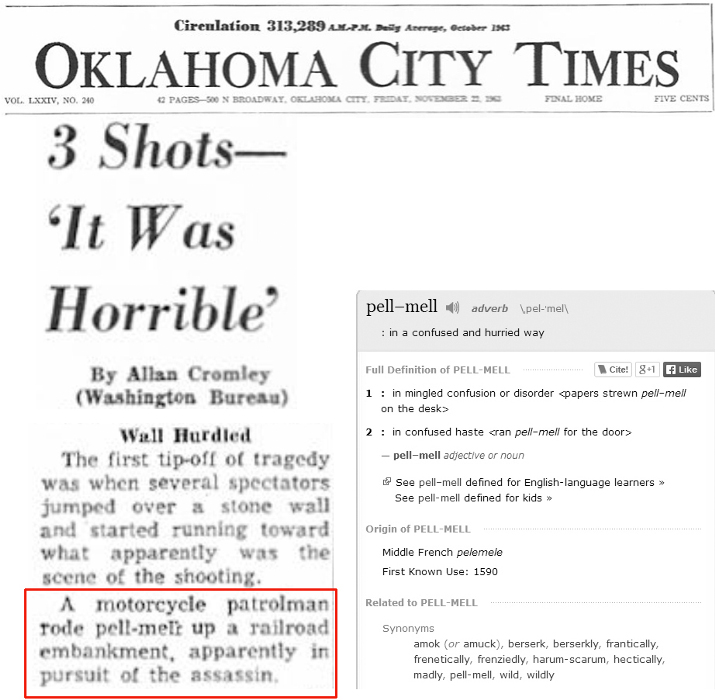 If that weren’t enough to convince the reader about the veracity of this event, how about actual witnesses who were interviewed shortly after by the late Mark Lane?  S.M Holland and Lee Bowers described what they saw from different locations and perspectives – S.M Holland from the  bridge of the triple overpass over Elm Street, who would have seen the event unfold from above, as the limousines were coming right at him, and Lee Bowers who was stationed at the railroad  mini control tower in the parking lot behind the picket fence.  By far, S.M Holland and James Simmons had the best view from atop the overpass:

Still not convinced?  Ok, ok, I know, I know – how about live people who are still around, and who might have been there that day?  How about photographer Bob Jackson, who was recently interviewed by the 6th Floor Museum?  The same Bob Jackson who took the iconic Oswald shooting photograph in the basement of City Hall where the DPD had their headquarters. Here Jackson, in less than 20 seconds, describes the actions of the knoll rider in astonishing detail!  By the way, I want to thank Stephen Fagin for overlooking the importance of this wonderful video in pursuing the truth, and allowing it to be placed on youtube in the public domain.  😉 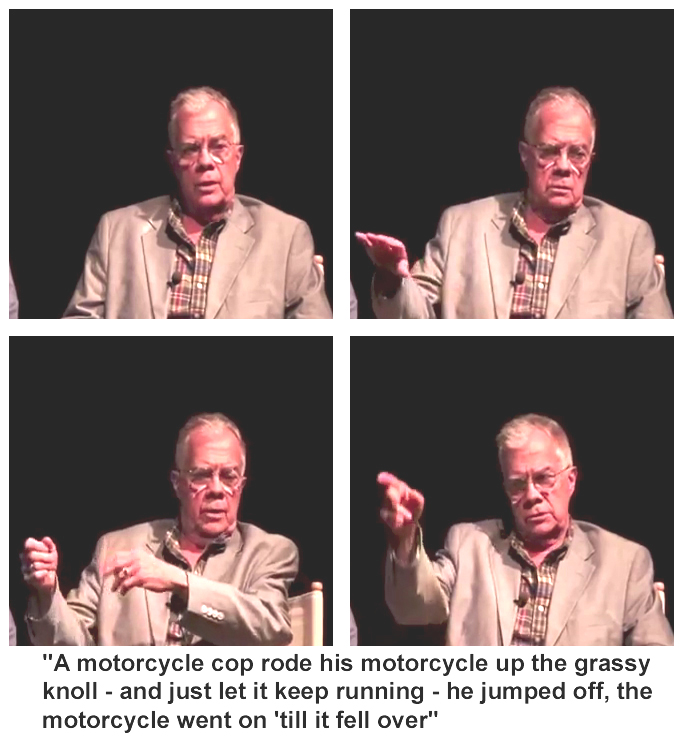 And finally,  how about Jerry Coley, who in our recent post stated:. “And it was there that I saw people laying all over in the median grass between there, a couple of motorcycles up on – laying on the side of the hill, people and police running up towards the picket fence …”

Alfred Goldberg:    “Conspiracies are like the elves–because there is no evidence, you have to believe in them to know they are there.”     **The bulk of the Warren Report was written during the summer of 1964 by Norman Redlich, a senior staff lawyer, and by Alfred Goldberg a U.S. Air Force historian.  In 1964 Chief Justice Earl Warren brought him onto the Warren Commission staff, where Dr. Goldberg served as a historical advisor and as co-author and co-editor of the Warren Commission Report. From 1965 to 1973, Dr. Goldberg was a senior staff member at RAND and also lectured at the University of Southern California and the University of California at Los Angeles.

“Free-lance writer Nobuhiko Ochiai ….. notes that Alfred Goldberg, who drew up the final report stating that there had been no plot against the President, along with Dulles and Ford were members of the Georgetown Strategic Research Center, a CIA think tank.”

Dr Goldberg was a senior USAF historian who, working directly under General Counsel I Lee Rankin. Played a leading part in writing the final Warren Report. (Edward Jay Epstein: Inquest: The Warren Commission and the Establishment of Truth, published by Hutchinson of London, 1966; page 19.)

“The lawyers tried to use conspiracy theorists, who were themselves trying to use the probe as a stage for their own accusations. In a secret meeting, Howard Willens listened to journalist Thomas Buchanan, who was soon to publish an early conspiracy-theory book, lay out his suspicions. Willens and Alfred Goldberg, the commission’s historian, then wrote an appendix casting doubt on 127 “speculations,” including  Buchanan’s.  The lawyers also relied on the work of many spy agencies. Wiretap transcripts and spy photos are part of the secret files Congress may soon open.”

Stay tuned when we reveal the identity of the knoll rider