In the months leading up to the JFK assassination, some very strange incidents involving “Lee Oswald”, or men who were impersonating him  occurred at the Texas Employment Commission (TEC) in Dallas.   Laura Kittrell worked for 30 years for the TEC.    What is known as the “Kittrell Manuscript” was part of the HSCA documents that was deep sixed by the HSCA.  John Armstrong used some of her story in his book “Harvey and Lee”.  He later posted the manuscript at his repository at Baylor University  in Box 4 Notebook 4B.

This is an amazing story. A very brave woman who was in a position to know and find out many things about the JFK assassination, Kittrell tried her best to bring out the truth about Lee Oswald being impersonated in the months leading up to the assassination at the Texas Employment Commission. Her 90 page manuscript, which contains her recollections is enhanced by Gaeton Fonzi’s 10 page interview for the HSCA dated 7/18/78, located at the end of the document. Given the time between her manuscript and her interview in 1978, it must be stated that her power of recollection was outstanding. This is why the FBI and later Blakey did not want to touch her with a “10 foot pole”. This was the witness who could overturn the proverbial apple cart. 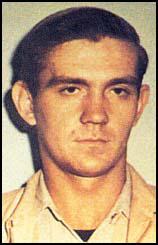 Where do we start with Craford? To begin with, the name “Crafard”, which was used in the Warren Commission is not the correct spelling of his name.  His Army records show his correct name as “Craford”: 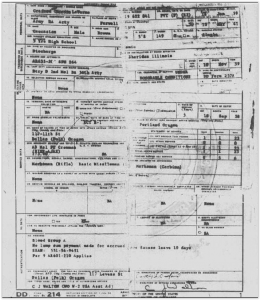 Here are some notes:
• There was a concerted effort by Hoover and the FBI to discredit her exactly the way they tried to do with Shirley Martin. This is a sure sign of her veracity and truthfulness. She was not a quack.
• She had to reconstruct her conversations with the principals because she was conveniently away the Friday of the assassination, where she was supposed to attend the luncheon at the Trade Mart. All records had already been confiscated by the time she came back the following Monday. In at least 3 different sessions, she spent hours interviewing, testing, and speaking to an “Oswald”.
• Tried to blow the whistle by writing RFK but was referred to the FBI. (fox guarding the chicken koop)
• Positively identified Larry Crafard (Curtis L. Craford) as the loud “biker” type, “teamster talking” man she interviewed as “Oswald”. (Craford was from Michigan, a hotbed for teamster activity) Craford at one point knocked a flower vase on her desk in a fit of rage. He told her he had worked at the Texas State Fair (Fonzi Interview pgs 1&6), (this is where he “met” Jack Ruby who immediately employed him as a handyman)
The only problem with this is that Lee Oswald has never been placed at the Texas State Fair.
• Had met and worked for Murray Chotiner, (pronounced “Shotner”, ex aid for Nixon in California. (ibid) 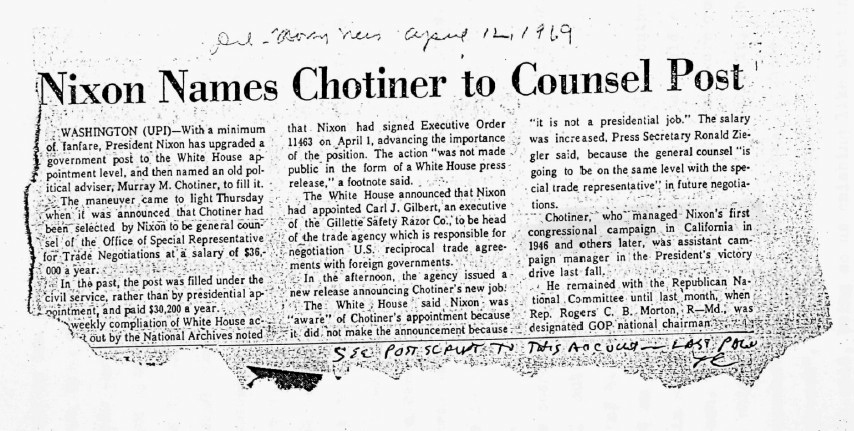 • Strange goings on about Murray Chotiner – Chotiner is mentioned as an employment reference by a “colored woman” who sees Kittrell in early October 1963. She remarks that she worked for him as a maid, and he is a big man out there, a gangster. (pg6) The Teamster guy is hanging out within hearing distance with two other people and after the colored woman leaves he comments about Chotiner. When she scolds him for repeating privileged and private information he slams his palm on her desk and tips over the small vase with flowers and expresses “I’ll just be damned!” twice and leaves. (The beginning of creating a false aura of violent behavior, even over insignificant things.)
• Teamster man comes back in a referral from a “Mrs. Elrod” to get him “re interviewed” due to a mistake in his claim. She asks him about Chotiner and he remarks he is a crook (using a southern accent). (Pg 14-18) Was incredulous that this “Oswald” could not drive a car. Was incredulous that “Oswald” had NOT worked for Chotiner (pg 20) On page 22, while she is interviewing him, a Cuban man walks in asking for directions and after she does so in her “Tex-Mex” Spanish, he remarks that her Spanish is not that bad, the conversation turns to how many languages he can speak and he makes sure she knows he also speaks Russian. The conversation turns then to politics as he asks her about Batista, etc. (pg 23) She thinks his wife is Cuban (pg 26).
• Cannot pinpoint his duties in Minsk (pg 28) She ends up not believing his story about Russia. Page 29 he makes sure she knows he has an undesirable discharge from the Marines. Page 29 quote: “I felt that I knew several things about him for sure now: that he had worked in California for Murray Chotiner, that his wife was a Cuban, and that he had not been to Russia.”
• ETI Realty – She writes in his file about his previous employment above but notes the place as Murray Chotiner Investment Co. When she realizes it is ETI Realty and tries to correct it, the file has already been picked up. This notation disappears along with the file.
• When he leaves she is left with the impression he is a liar and possibly a murderer (pg 31)
• Page 34 messenger job in CA on a motor scooter at 16. He tries to scam her into a white collar office job.
• The FBI tried to establish that Chotiner did not exist! (pg 41)

A huge question mark that remains is why were Oswald’s Texas Employment Commission 1962 records not used by and shown to Laura Kittrell in 1963? She only knew these existed when she read the Warren Commission and found them there as Cunningham Exhibit #4.
Why did the TEC start from scratch and open up a new claims file when one already existed which had been closed after he began to work at Jaggers in 1962?
Dishonorable discharges and/or courts martial: Lee Oswald, Larry Crafard, Billy Lovelady