Umbrella man and his “Cuban” companion have long been the subject of many articles and books in the past,  as possibly being members of a paramilitary-type operation in Dealey Plaza on 22 November 1963 that was the centerpiece of a coup d’état that day.  Bothun, Towner, Willis,  Rickerby, and other photographers caught these two dudes in action that day. 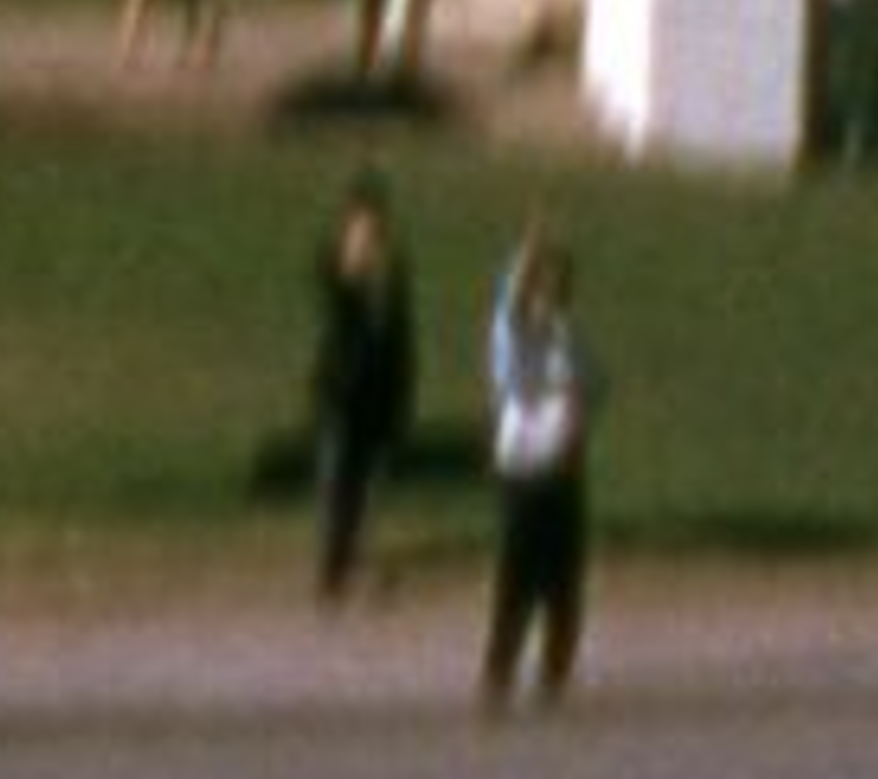 In Blender, using generic models we get these images, obviously from different perspectives, where the “Cuban” was pumping his fist, and “Umbrella man” was pumping his umbrella up and down which would appear to be some kind of signal (s).  As confirmation that our Blender composition is correct, notice that both the above and below images show umbrella man’s right hand in the sun as well as the shadows which fall in the correct direction. This indicates that the position of the sun in our composition is correct. In following this pattern, “Cuban man’s” face should be plainly visible as seen in the Blender model, with the shadow of his right arm and hand falling behind the individual. Moreover, while “umbrella man” appears to cast a shadow onto the lawn at about 9 o’clock of his position, “Cuban man” casts no shadow at all AND appears to not have any feet. 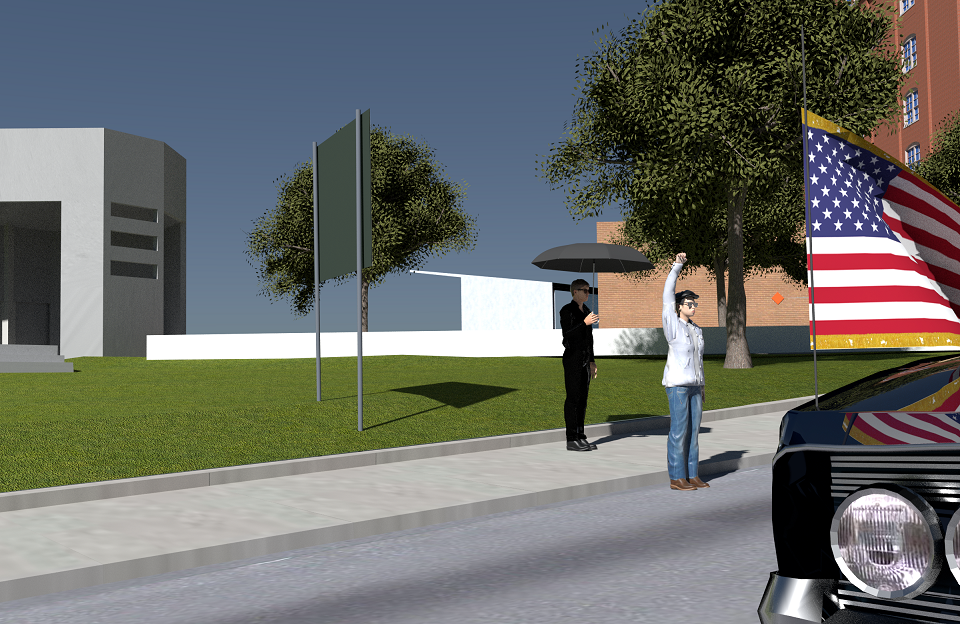 The face of this individual appears to have been airbrushed over, a technique seen in so many of the other images that have survived over the years.   The Blender model’s face is in full sunshine. 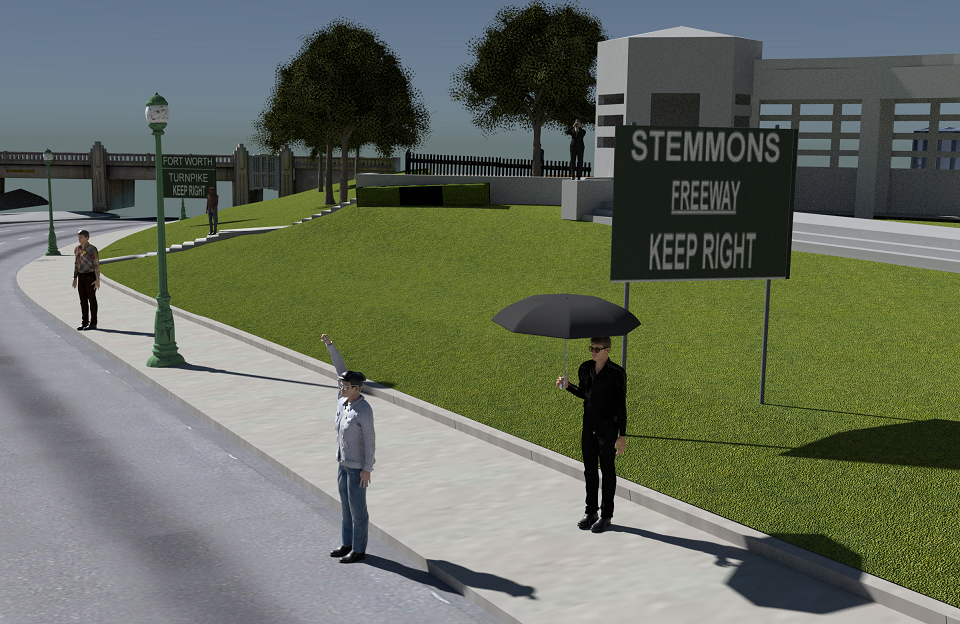 After the motorcade sped out of Dealey Plaza on the way to Parkland Hospital, the duo calmly sat down on the edge of the curb as they took in the bedlam unfolding around them. 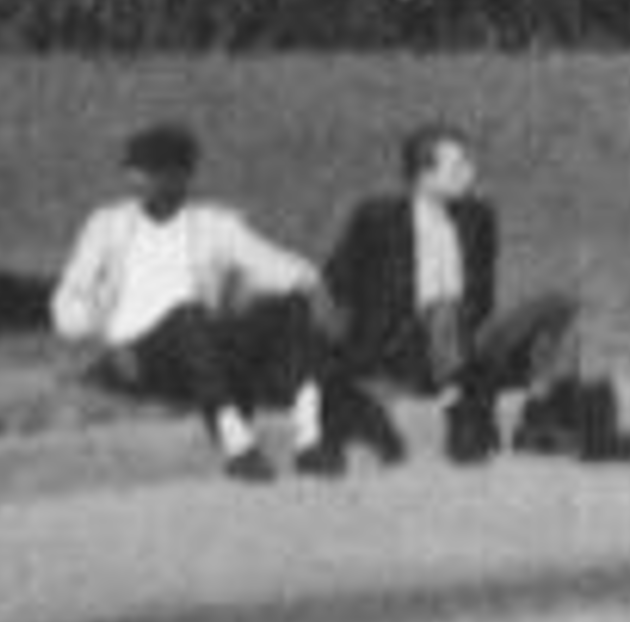 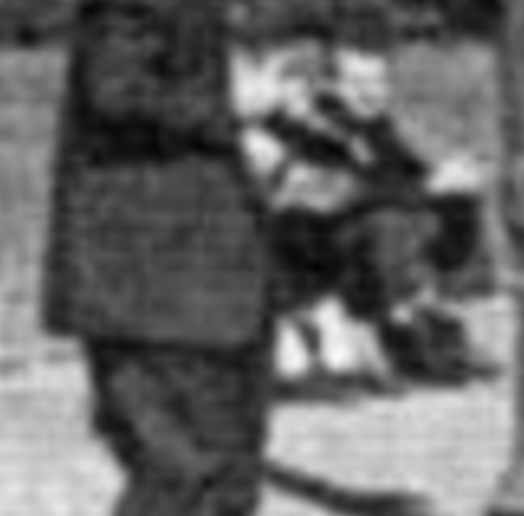 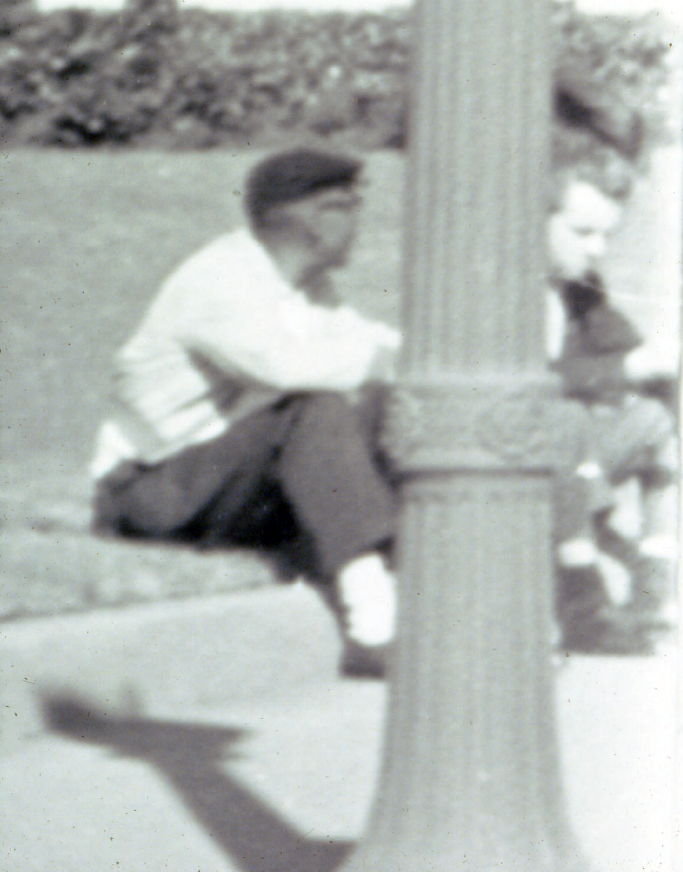 Other images capture the “Cuban” speaking into a walkie-talkie device, and as he stands up the device can be clearly seen in his left-back pants pocket. 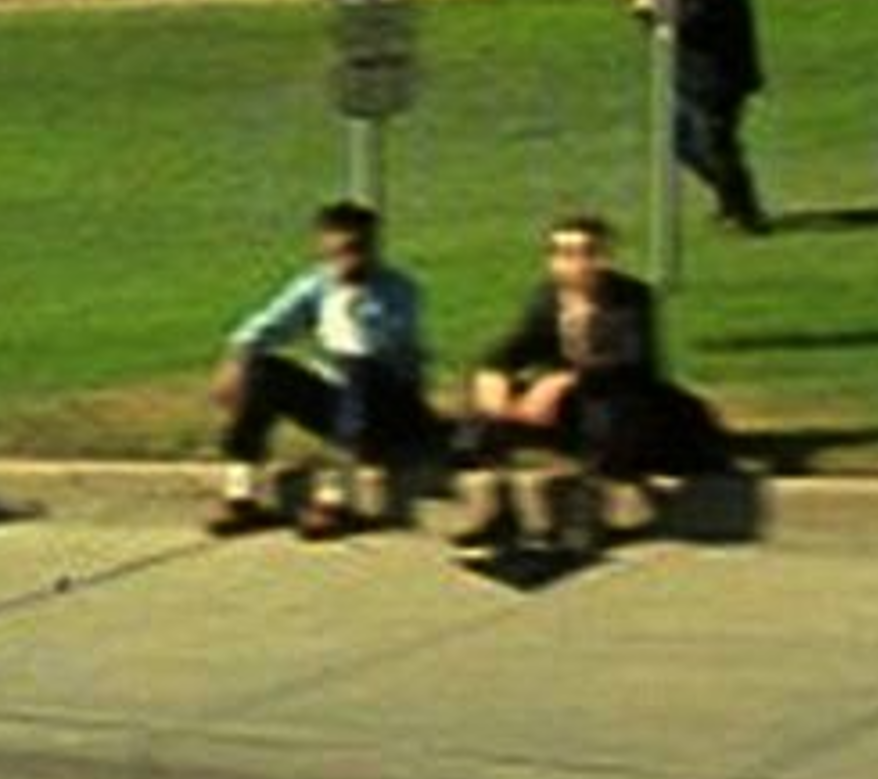 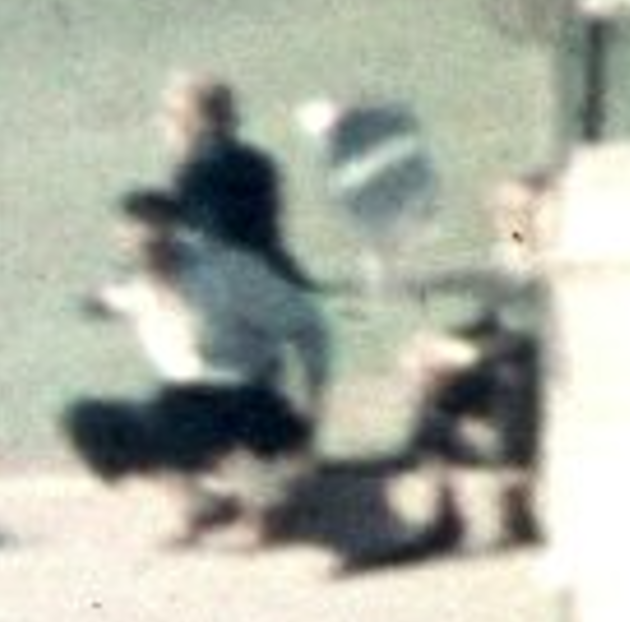 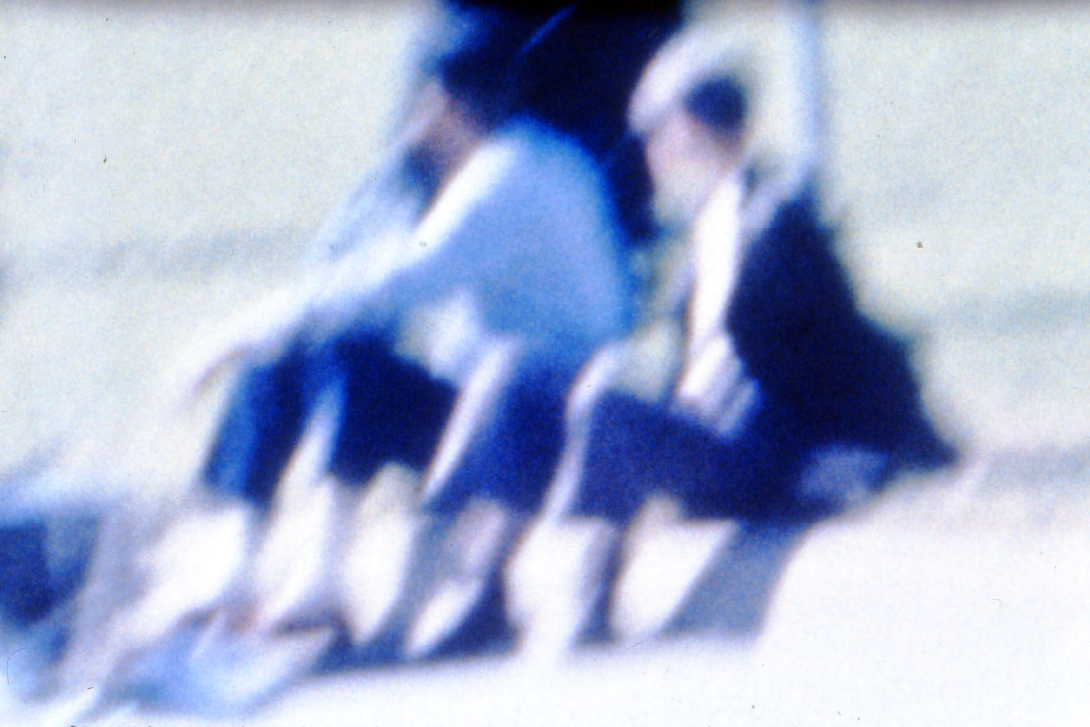 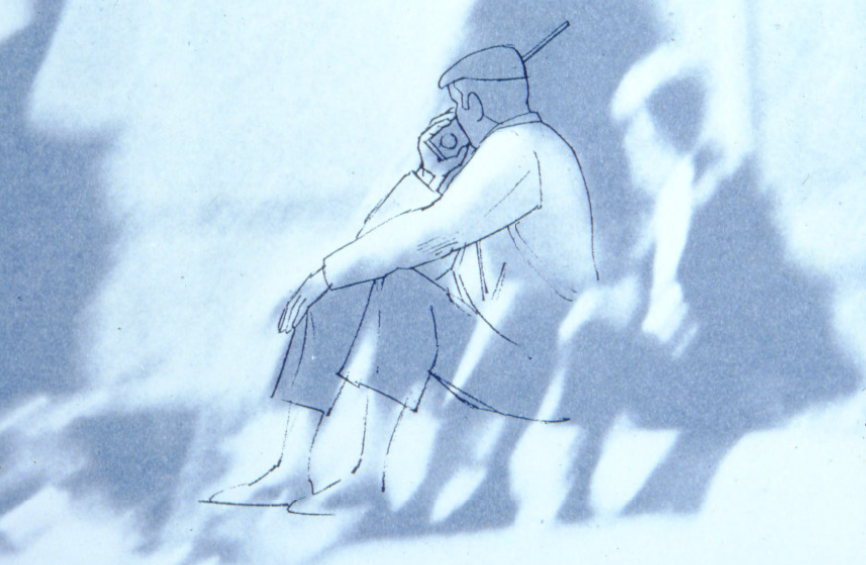 Here, the subject appears to be carrying a device in his left-back pants pocket. 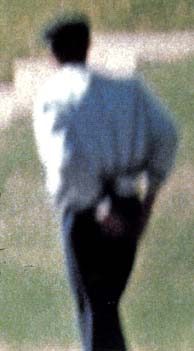 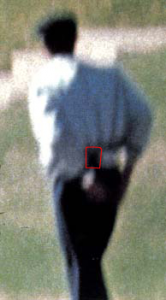 Which brings us to possibly the weirdest “coincidence” of the day.   “Cuban man”  was the subject of a full-page spread in the journal “Dateline: Dallas” in 1992.  This reproduction speaks for itself and is re-published below: 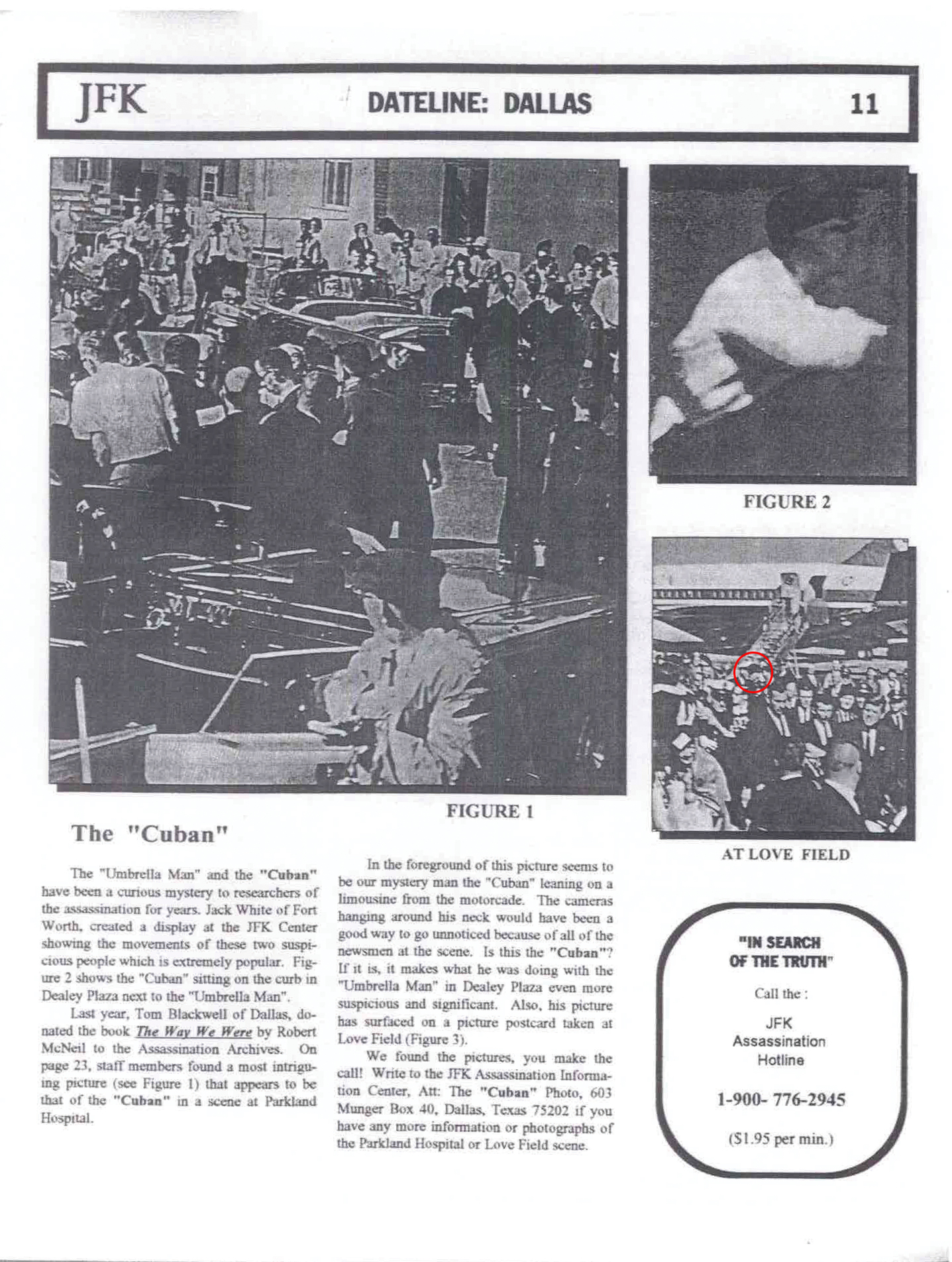 In 2004, researcher Marcel Delhaeseleer published this comparison of “Cuban” or “Dark complected man” and identified him as convicted Cuban terrorist, virulent Kennedy-hater, one-time doctor, Orlando Bosch, who at the time of the assassination was in a frenzy trying to organize the removal of Fidel Castro from power in Cuba.  If it is him, the question that begs to be answered is how he made it onto the tarmac as Airforce 1 was deplaning at Love Field in Dallas, continued on to Elm Street in time to see and participate in the JFK execution,  then end up at Parkland Hospital enjoying a front-row seat to the drama that was unfolding there as well.  Obviously, he was well connected that day.

As far as umbrella man is concerned, Jack White did this study years ago identifying CIA operative Gordon Novel as the man pumping the umbrella during the assassination and apparently working together as a signalman with “Cuban” man.  In this context, they would have probably been signaling the need for more shots as the mark had not been retired. 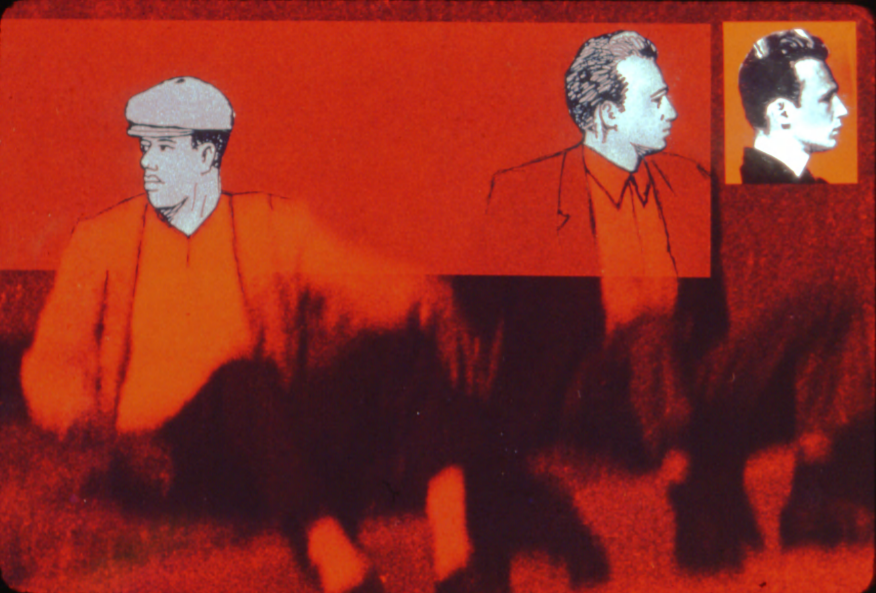 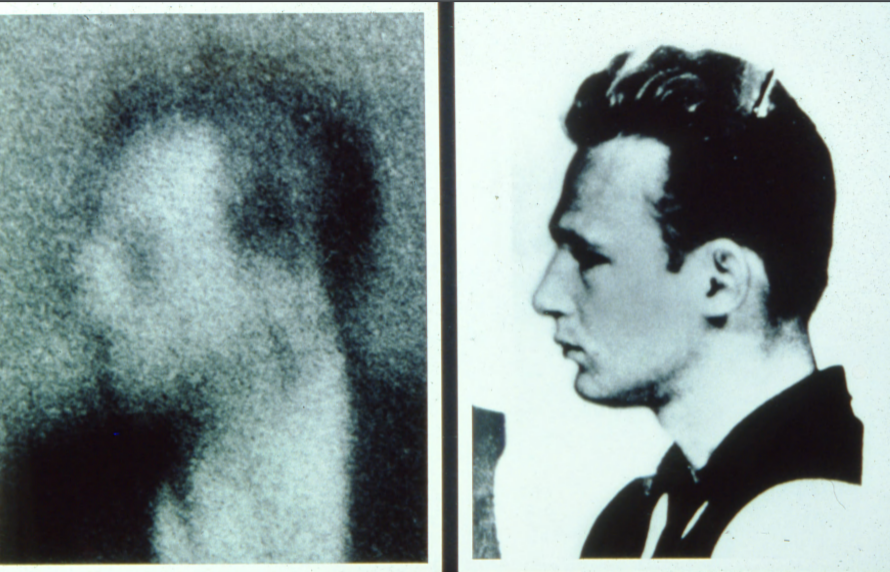 The above side-by-side appears to be a good candidate for digital overlays as explained in earlier work. Despite the blurriness of the probe image, these very interesting overlays emerge: 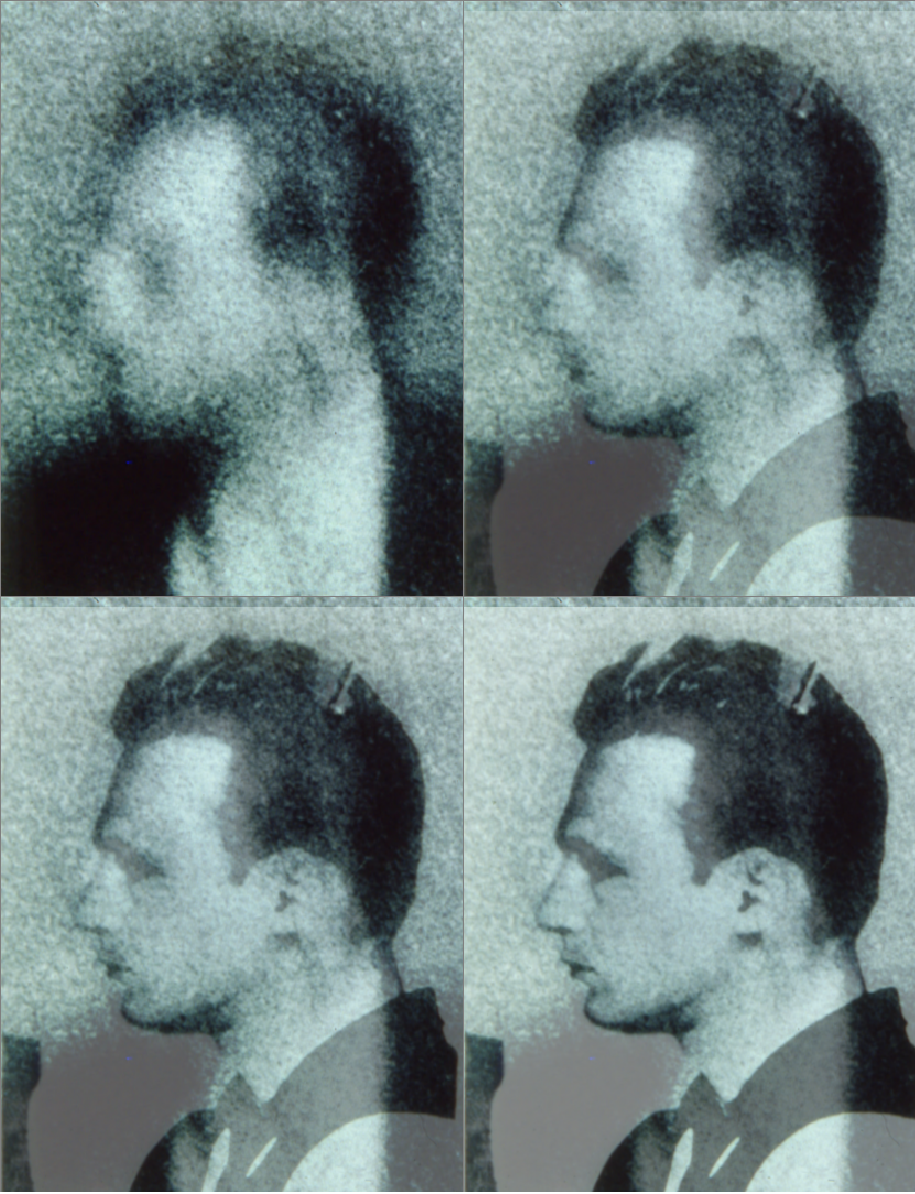 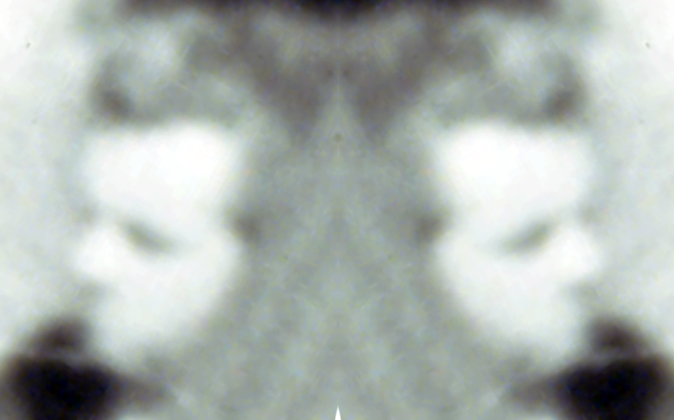