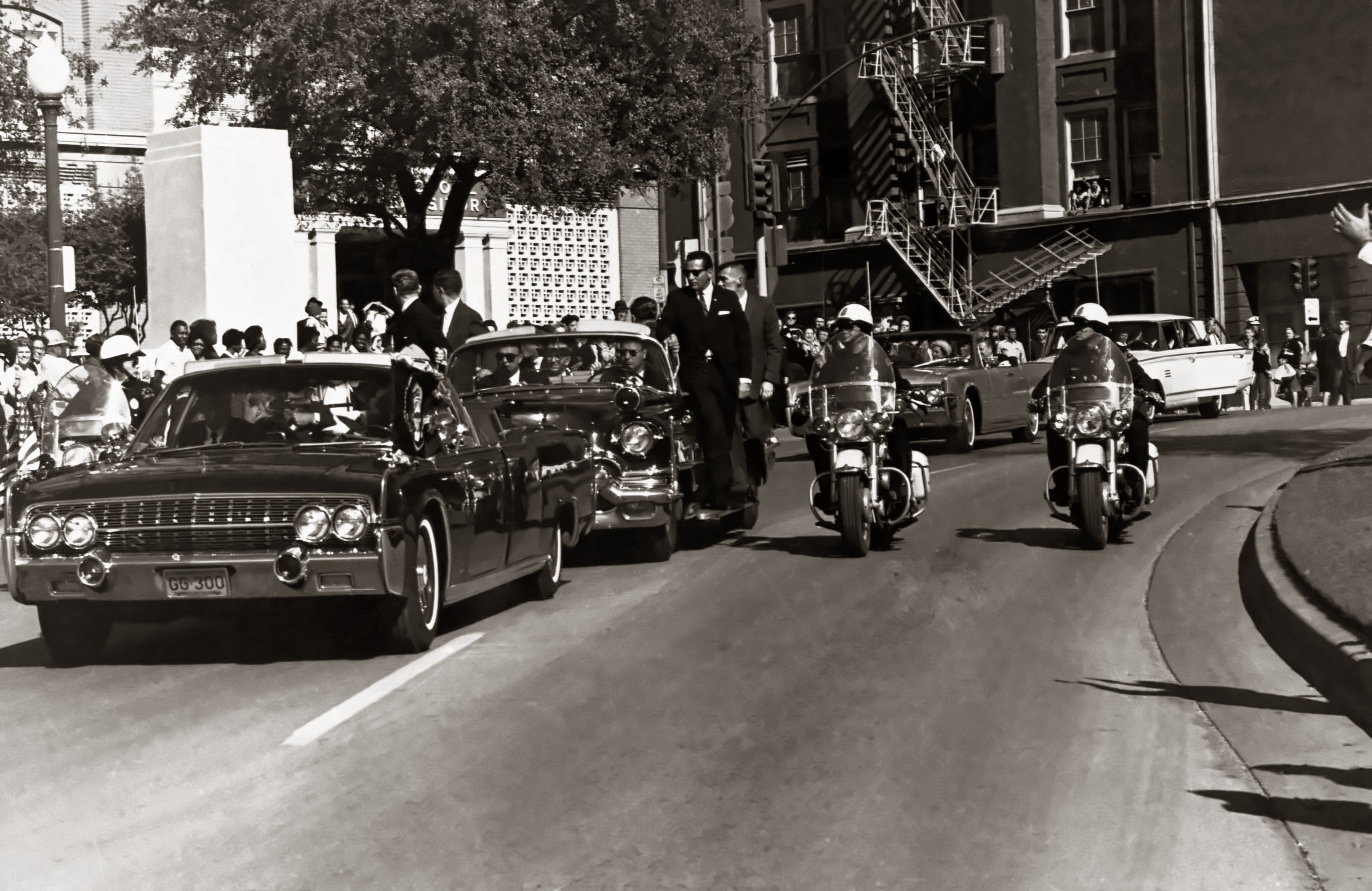 The Altgens6 still has more secrets to reveal

Today we talk about “The Gawking man”.  A head count of the people seen in the Altgen6 photograph reveals there are at least 80 people seen in the photograph.   Only a handful have been positively identified.  The occupants of the vehicles, of course, because we have written records which documented who they were.  These included Secret Service agents, the President and First Lady, Governor Connally and First Lady, the occupants of the Queen Mary, etc.,

We have also complained about the African American witnesses who were never identified.  Not surprisingly, these people never came forth or volunteered to go on record and say what they witnessed that day.  This was not limited to African Americans.  Most of the white witnesses in the Altgens6 photo were never identified as well.  Among these, Maggie Brown and Ann Donaldson, who were filming the motorcade and whose film has never been seen.  Whoever altered the Altgens6 photograph airbrushed over the camera that they were using to film the motorcade. One of the strangest cases is that of “gawking man”.  We have a young man in suit, standing in front of the Dal-Tex building at the corner of Elm and Houston literally gawking at something that has attracted his attention.  He is not looking at the cars in the parade, and the open- mouthed expression on his face is that of total disbelief: 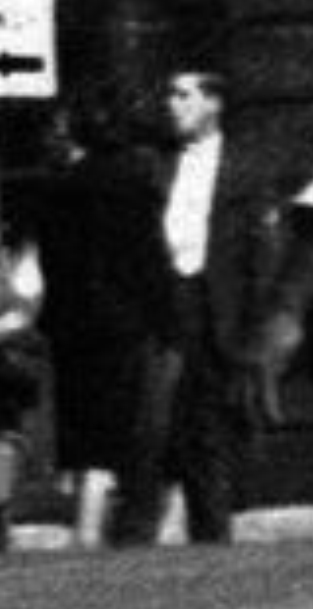 As Beverly Brunson has astutely observed, he seems to be pointing out something to the woman in front of him who has her back towards the camera.  Here is how he looks in our Blender scene: 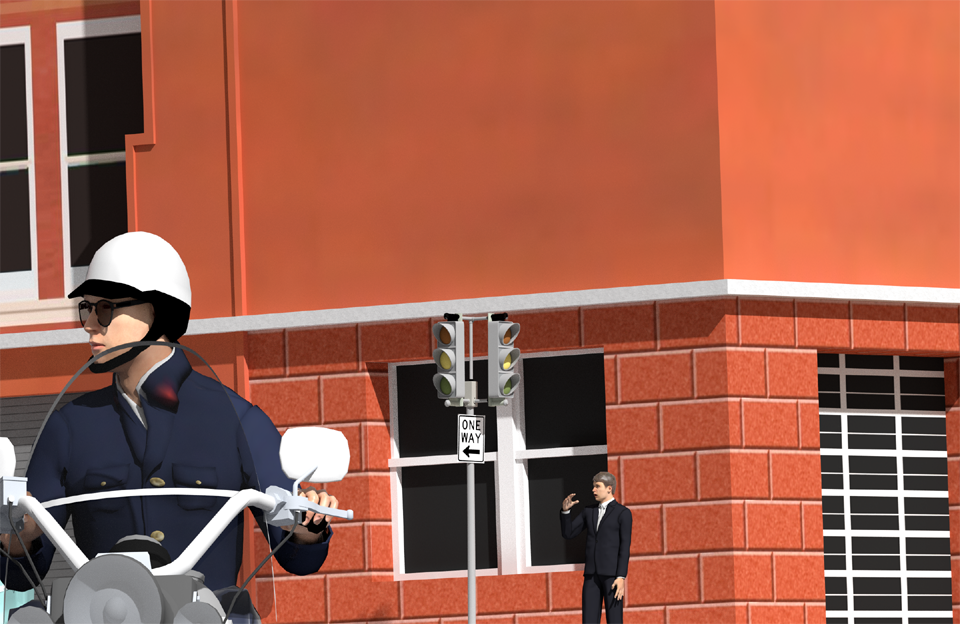 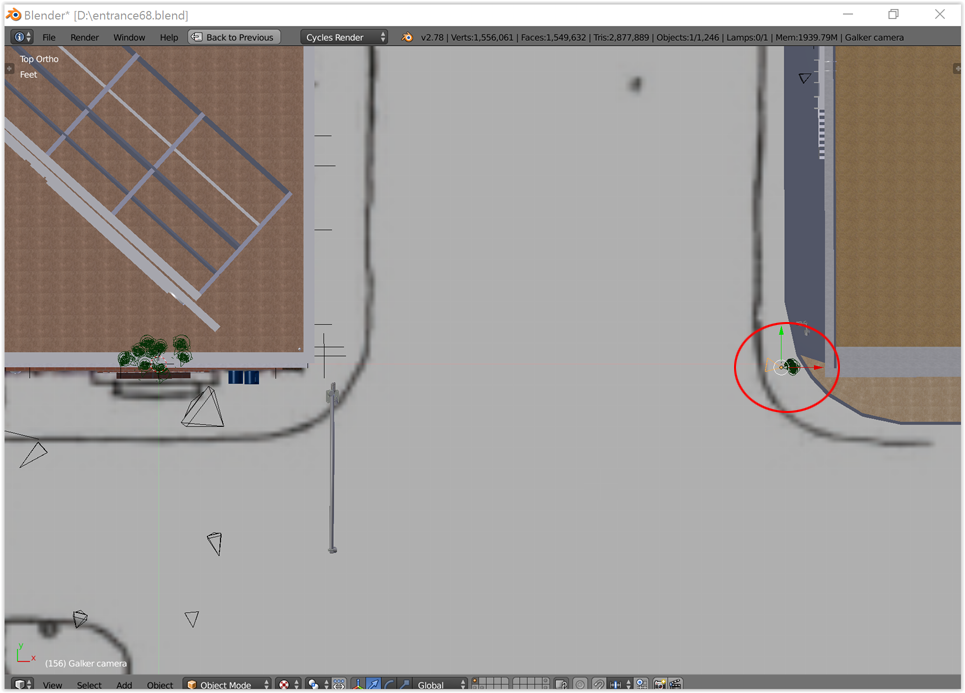 And what was this man looking at?   We have placed a camera at eye level and pointed it in that direction: 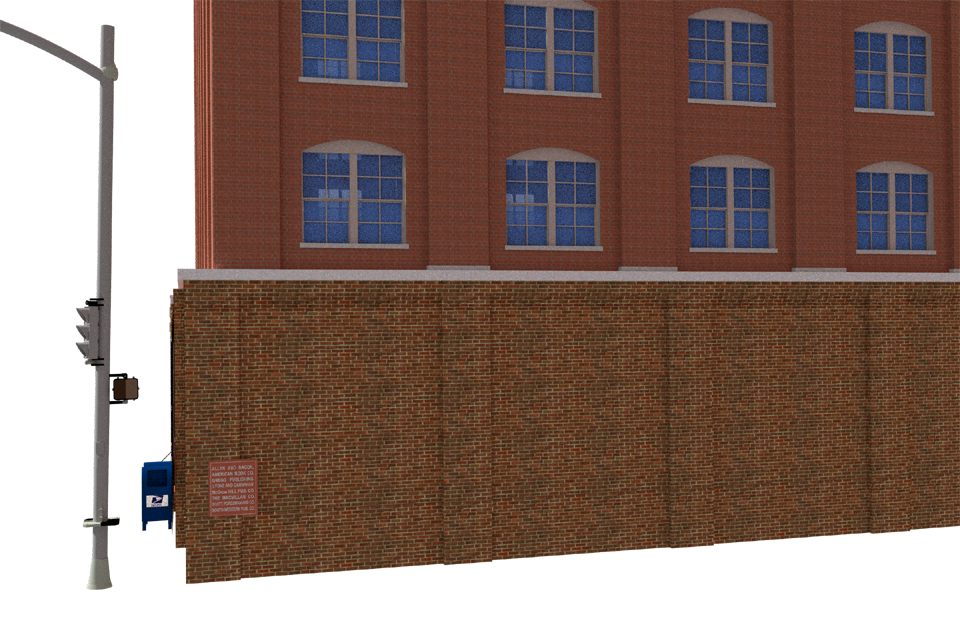 Note that the East face of the TSBD had emergency fire escapes at the time, so whatever he was looking at must have been happening there.   Brunson has a very interesting theory on what he saw, and it is all covered in chapter 22 of my book “The JFK Horsmen”.  This man sure wasn’t looking at any of the upper floors of the TSBD.   What was he looking at?