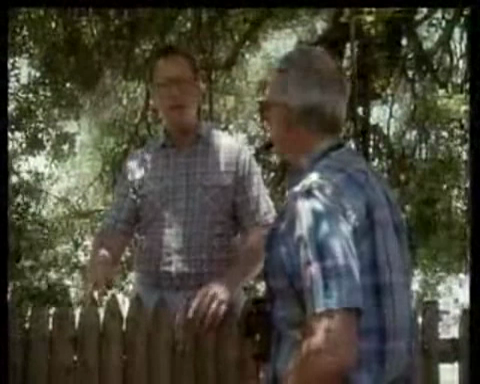 This is what Mack had to say (with a straight face, of course):

Gary Mack: “Excellent view of the street from here. You see the center lane, which is where the president was – you see that whole lane, for almost the entire period – a great position to be in. “

What Dunkel conveniently omits is the fact that the position JFK would have been at the time of the head shot, Zapruder frame 313, is precisely the angle that is blocked by the retaining wall right in front  of a would-be shooter!  See for yourself: 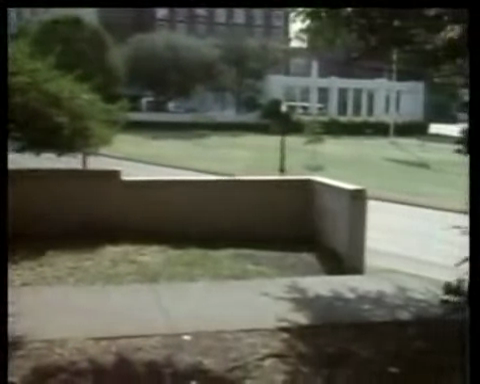 This is the colorized image that spawned the urban legend of badge man: 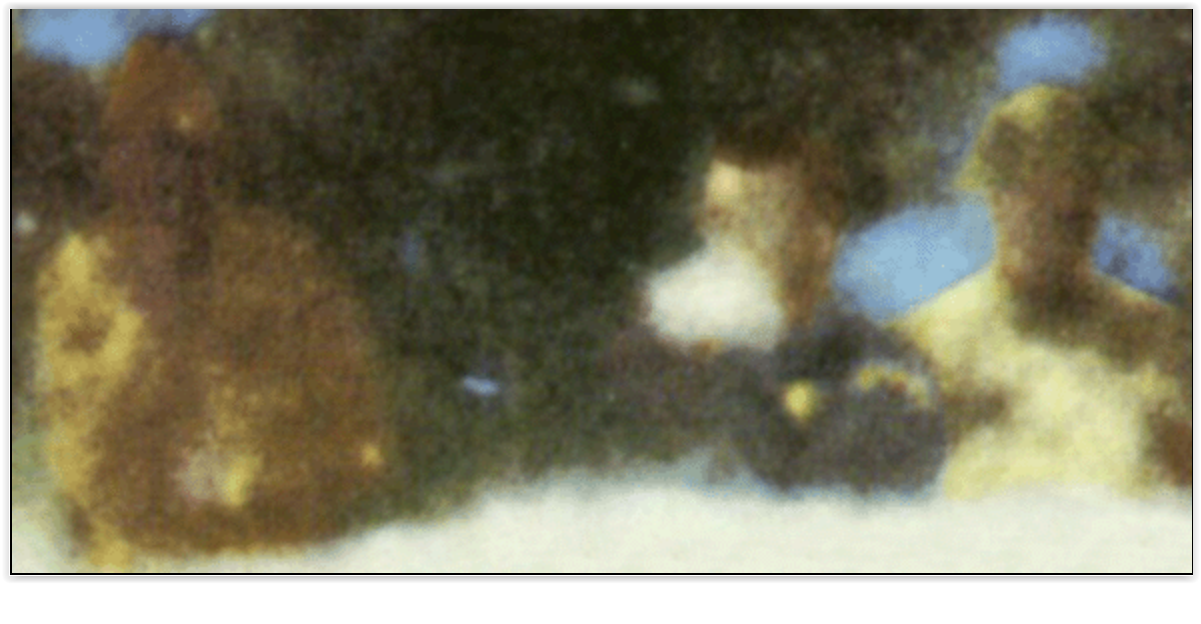 Dale Myers, with the assistance in the field of Todd Vaughan,  decisively debunked the badge man theory back in 2008.  His methodology was thorough, sound and perfectly replicable. His study can be found at “Secrets of a Homicide: The Badge man Theory” Unknown to Myers at the time, his  work happened to confirm research that had been already been conducted in 1988 by British photographic expert Geoffrey Crawley.

Can Blender help corroborate or refute Myers’ work?  We believe so.

Let’s begin by looking at what our Moorman camera renders when we replicate Myers: 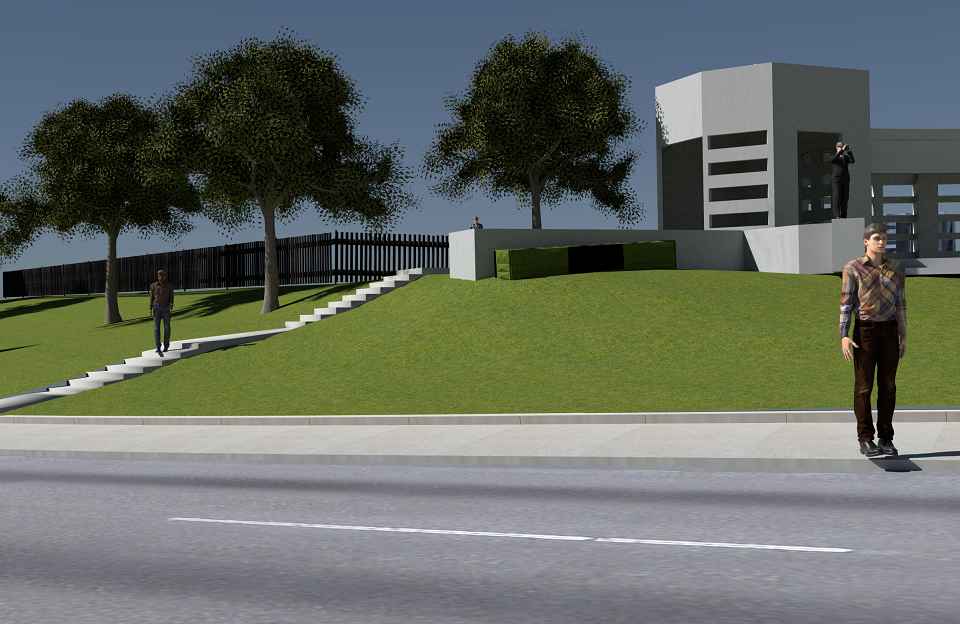 The three figures shown here are Zapruder on his pedestal, Bill Newman in the foreground at right, and Emmett Hudson  standing on the country steps at left.  Myers stresses the importance of maintaining the correct perspective and scale according to what is seen in the photograph.  He has calculated that the area in question is only 1/69th of an inch. This is key when correctly placing the badge man anomaly in its proper position and distance from Moorman’s camera.

In order to accommodate the badge man figure, we must begin by replicating Mack’s view of Elm Street in The  Men Who Killed Kennedy: 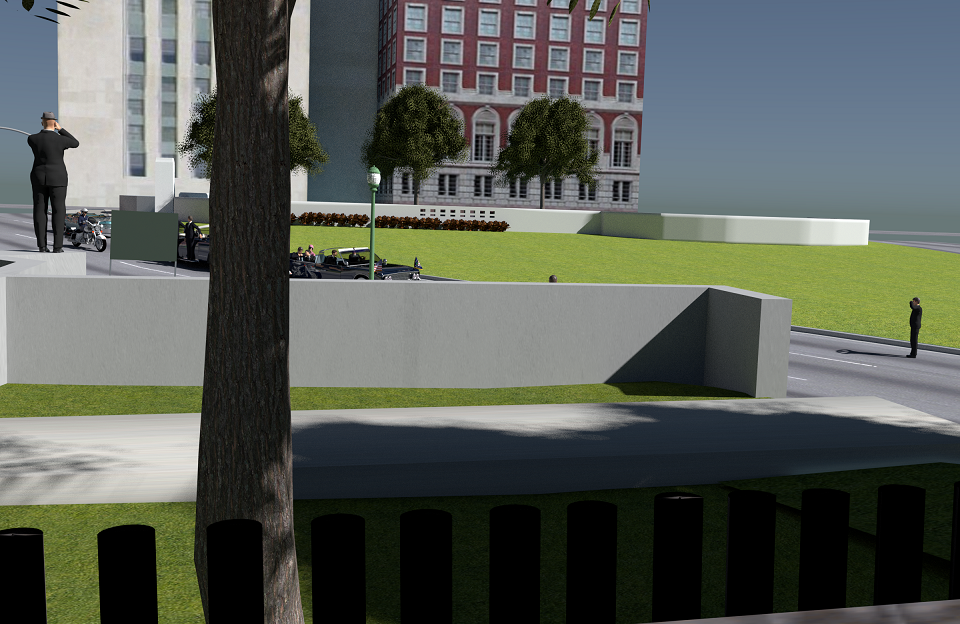 But when we place a model in this position and track back to Moorman, the result is this: 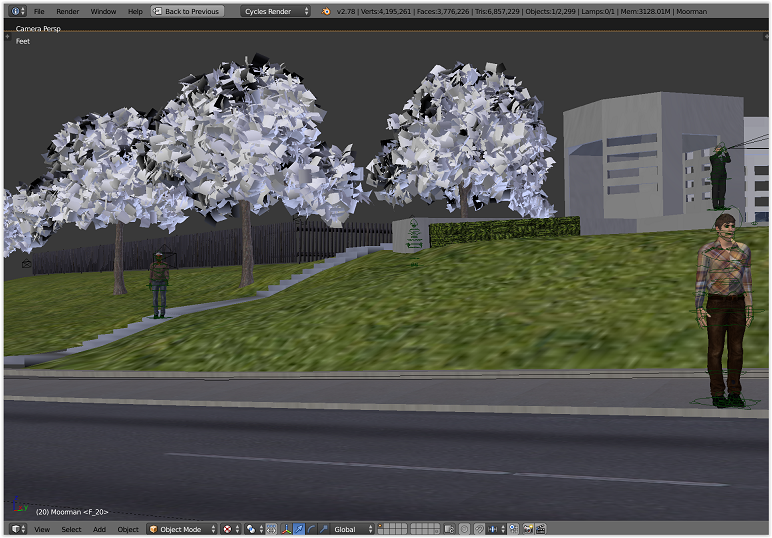 We cannot see the badge man figure!  It is well below the wall line, as seen above.

In order to bring badge man into the photograph, as seen above, it is necessary to move the model further back and above ground, exactly as proposed by Myers.  Now, we call him “floating man”,  because he is literally floating in air: 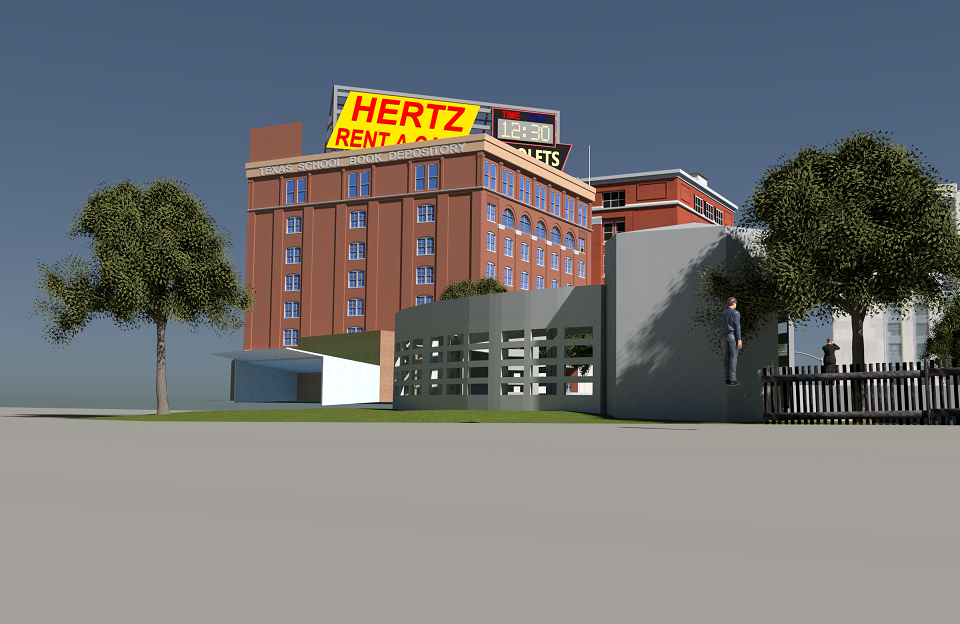 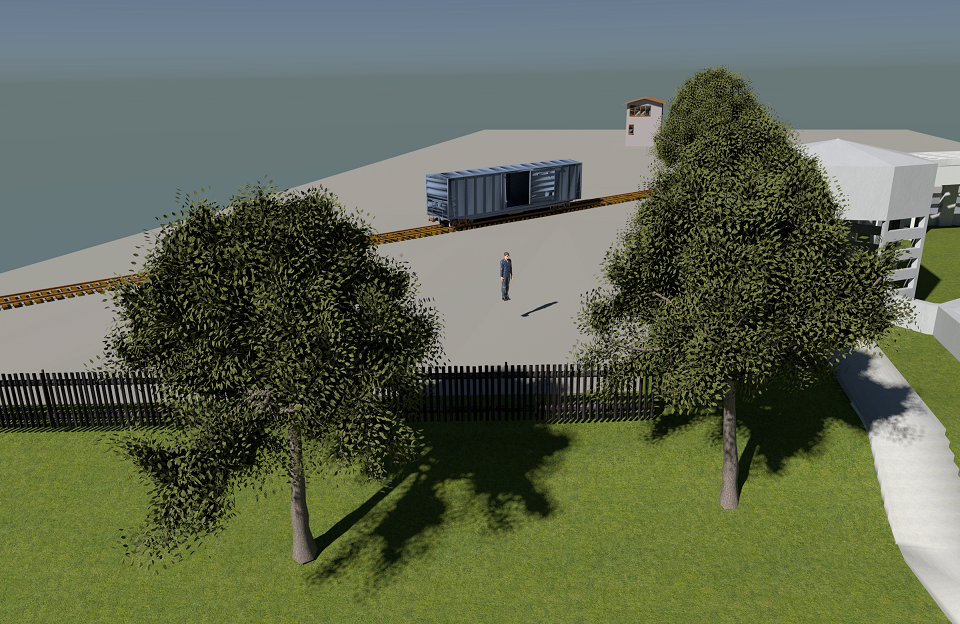 And finally, here is the view from Lee Bowers’ tower behind the monuments: 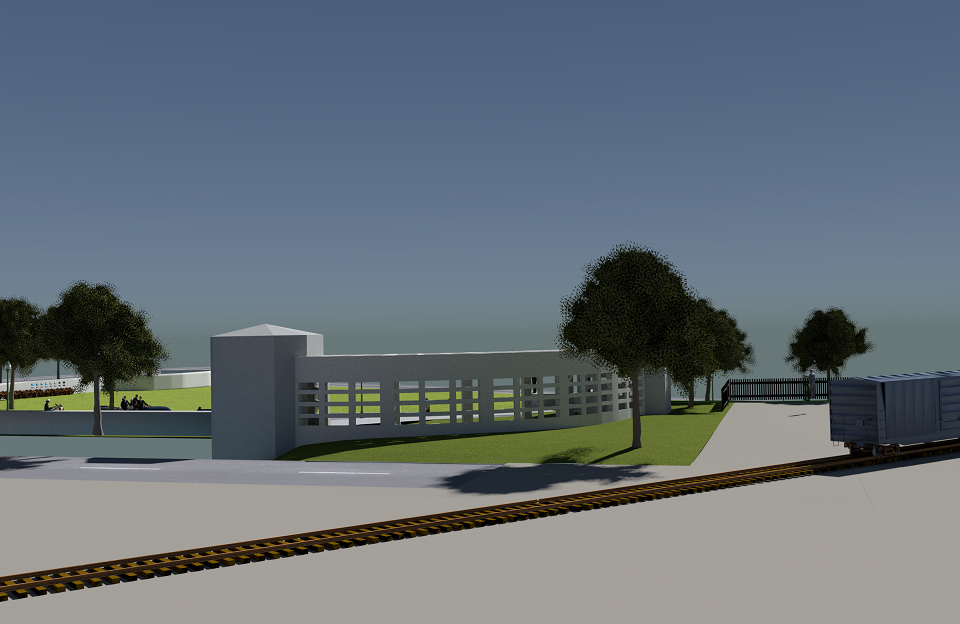