We all know that General Charles Cabell was fired by JFK, along with Richard Bissell, and Allen  Dulles, over the Bay of Pigs fiasco in April 1961, an operation that JFK had inherited from the Eisenhower administration. On November 22, 1963, the mayor of Dallas was one Earle Cabell, the brother of Charles Cabell.  Some conspiracy theorists believe this was quite convenient for those who set up JFK for the hit in Dealey Plaza.  It goes much deeper than this. This newly released file proves that Earle Cabell had been CIA since 1956! 104-10215-10213 Earle Cabell was CIA 201 file

And here is his Secrecy Agreement: 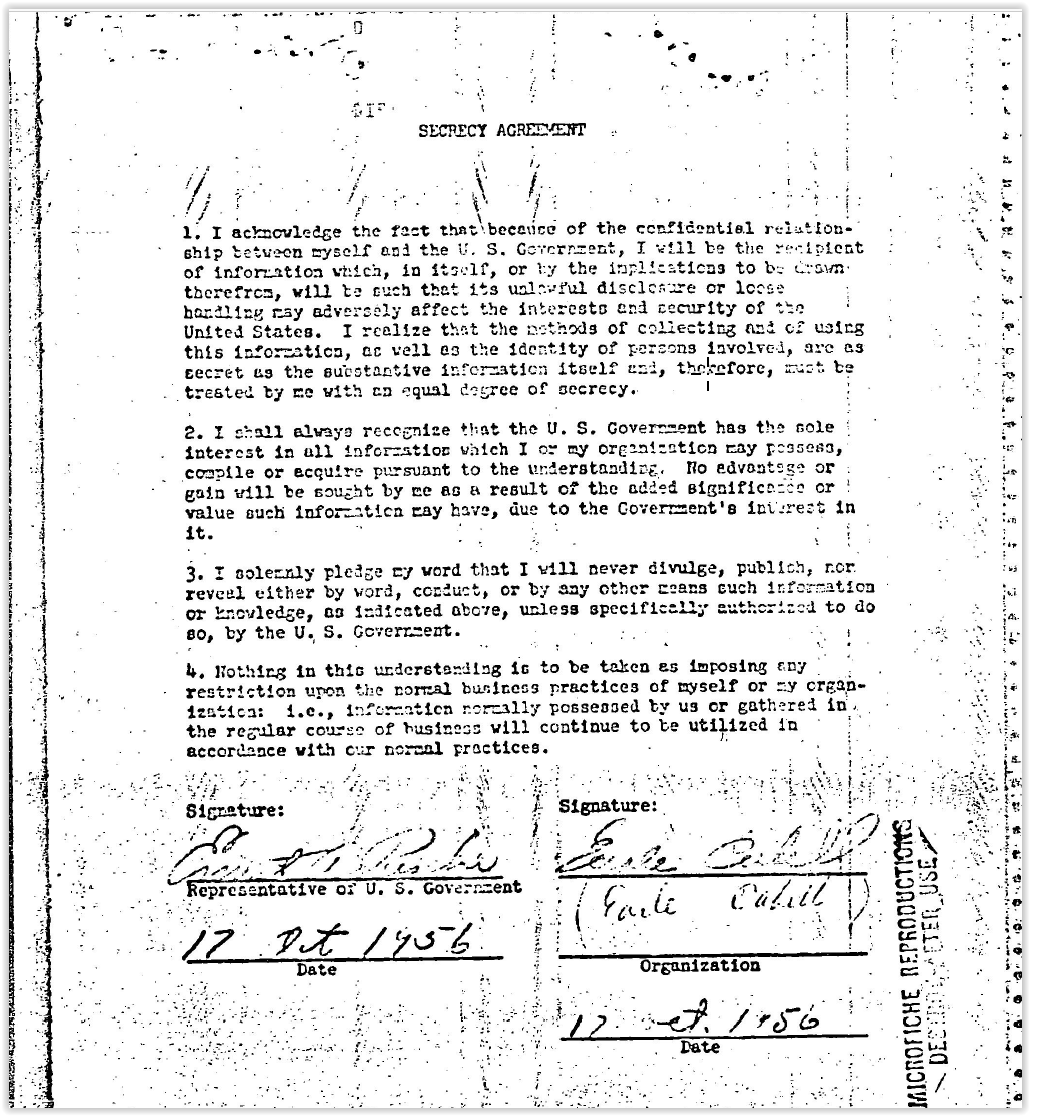