The National Archives has released a  batch of documents ahead of the projected October, 2017 deadline set by the ARRB in 1992.  In batches 1, 2 and 3, (of the 18 set collection) we finally get a clear picture of the extent of financial help received by the CRC, Cuban Revolutionary Council. 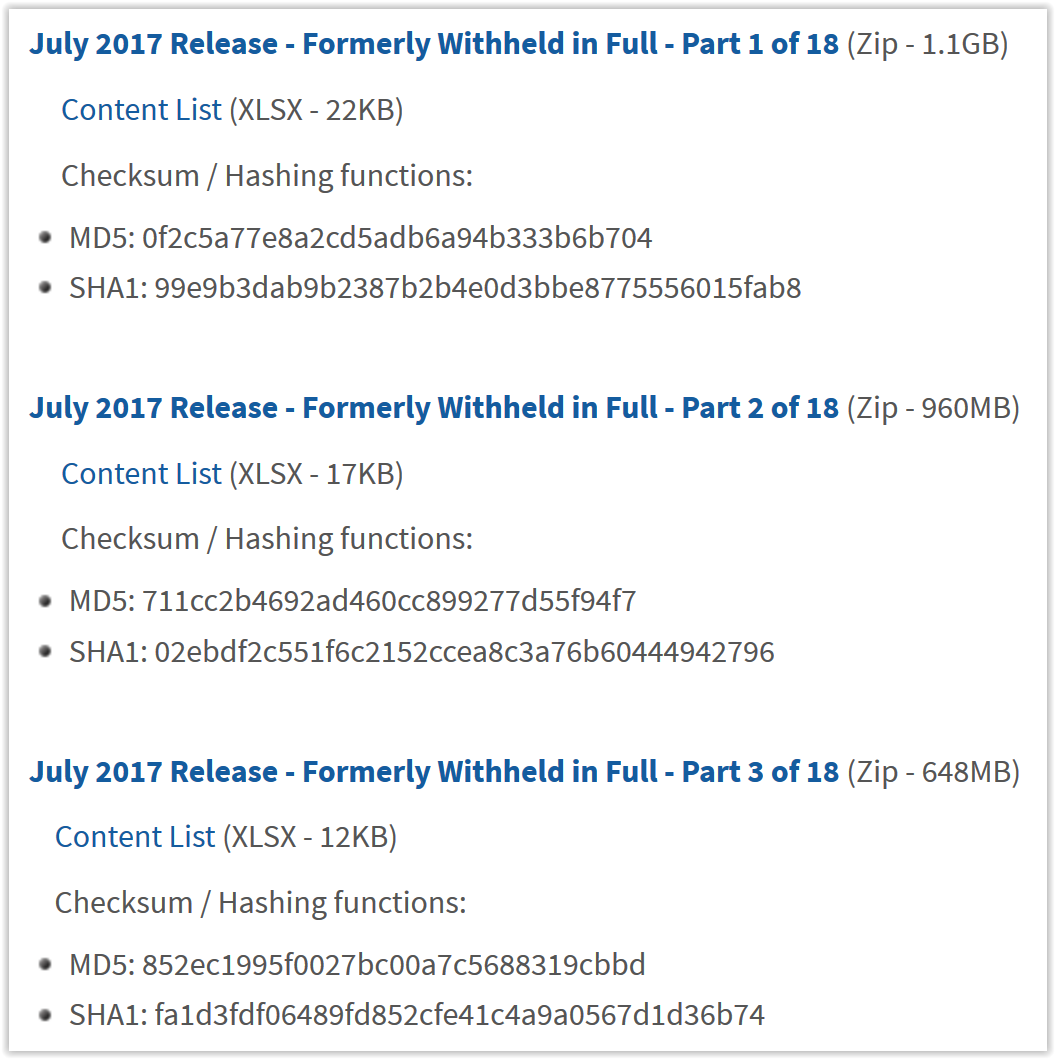 In their Machiavellian quest to topple Cuban Dictator Fidel Castro, the CIA assigned millions of dollars to the Cuban Revolutionary Council which had to be managed by someone who had accounting skills, perhaps even a CPA .  That person turned out to be Juan Paula Baez.

A search for Paula Baez at Maryferrel.org yields only 6 hits! And none of these documents come close to showing the extensive and  detailed information contained in the new batch of documents. 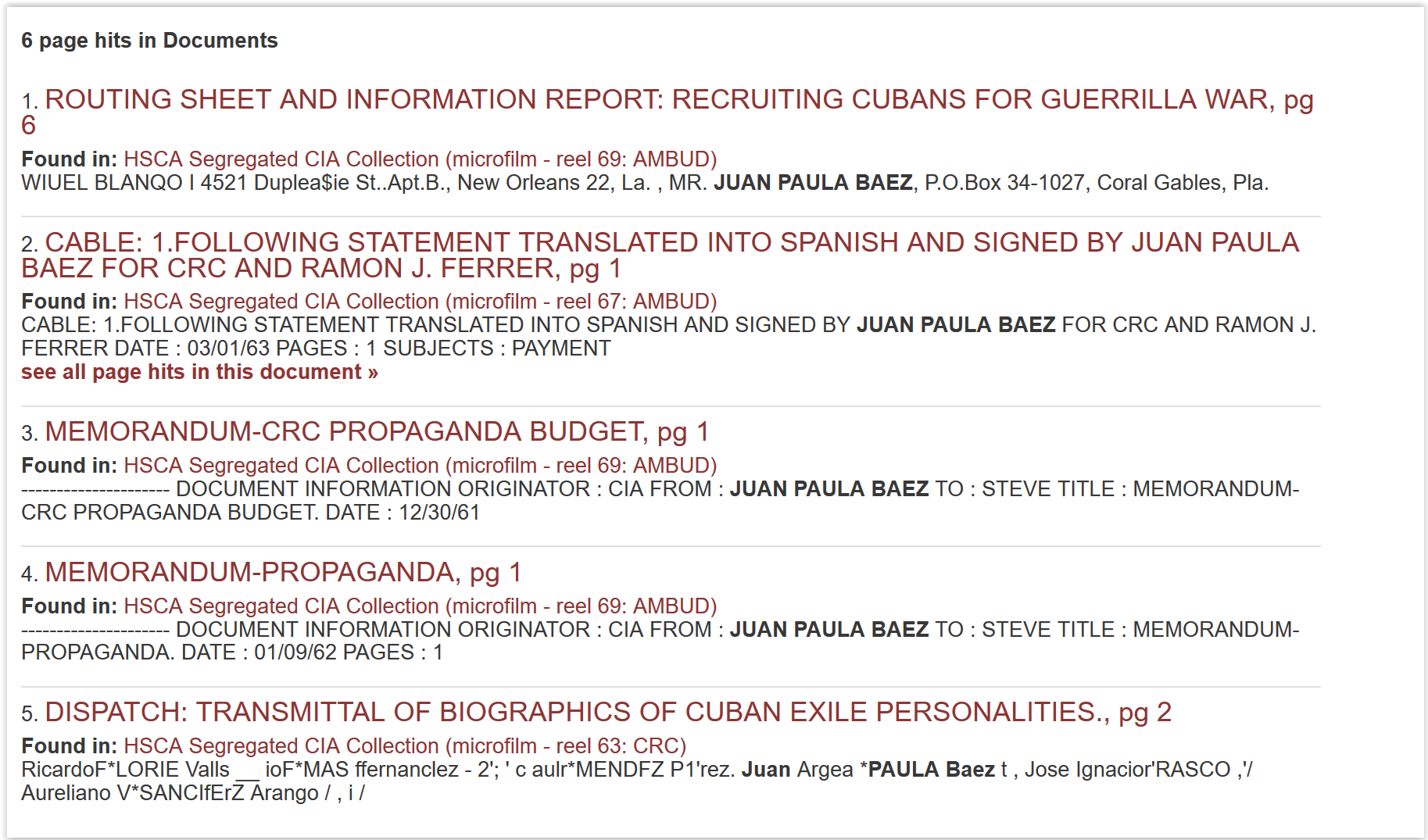 In this latest release, we are deluged with no less than 80 different monthly reports, all following full accounting protocol covering the years 1961-1965.  Every penny seems to be  accounted for.

For the uninitiated, here is a sample report of March, 1964: 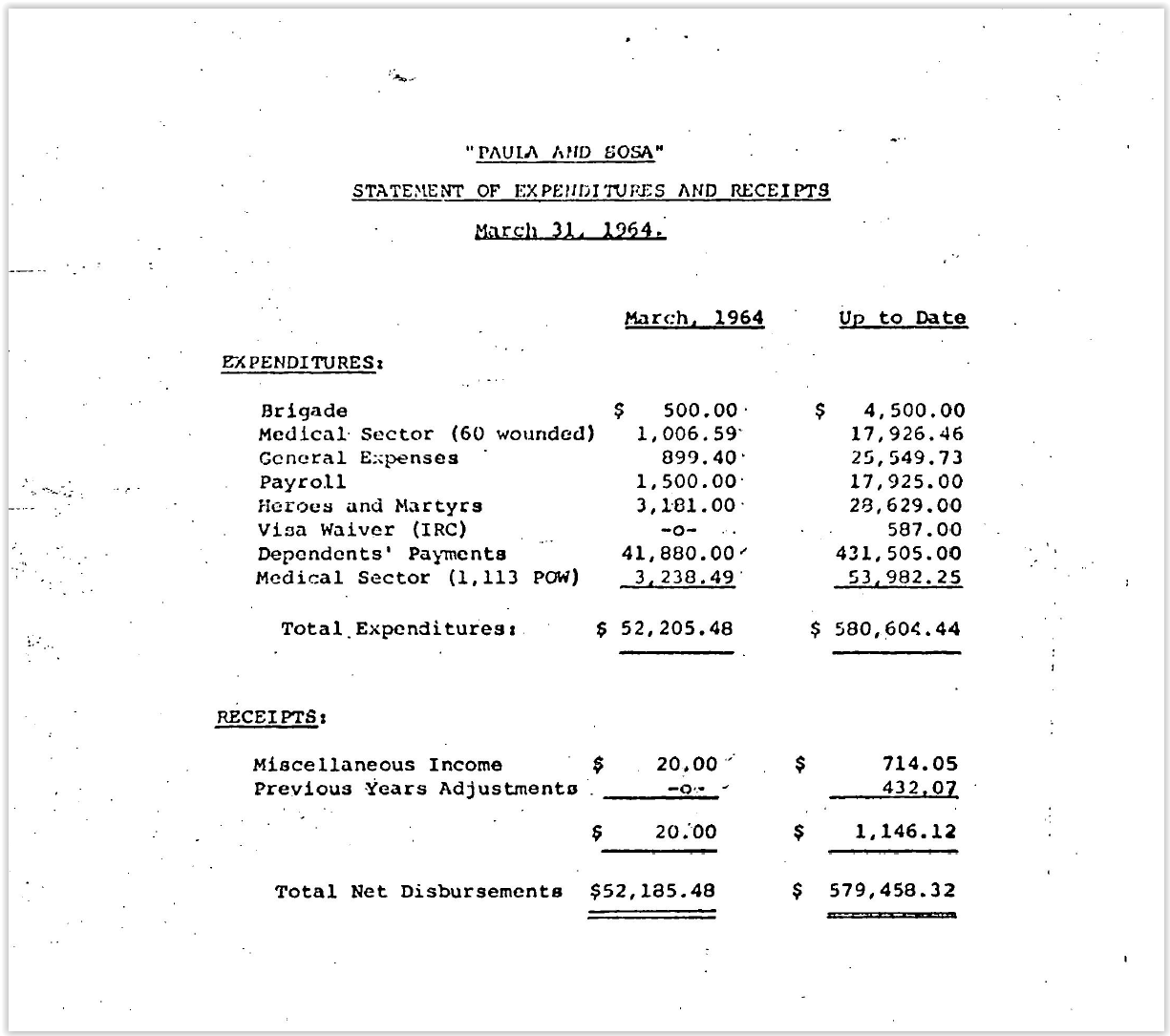 That’s right, the running total at bottom right is a lot of money.  Do the math in today’s dollars. (Note: It’s unknown, however, if that total is for end of fiscal year in August or December.) These documents suggest a well organized, almost corporate operation, whose members went all out in their efforts to remove Castro from power.  The vast majority of Cuban exiles mentioned in these reports receiving monies have never been mentioned in JFK research circles. 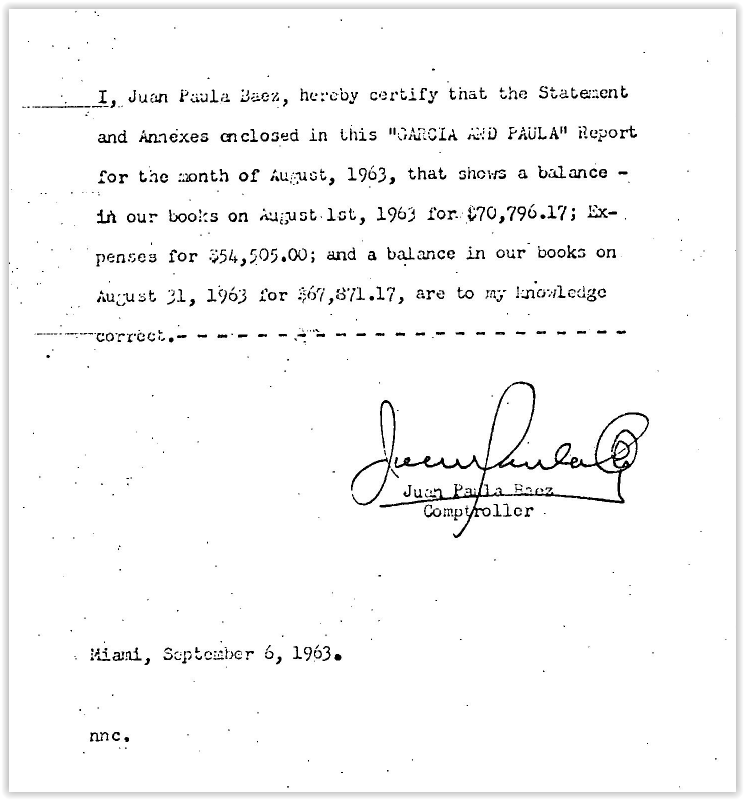 Here is a sample of the detailed expenses and salaries that Paula Baez kept track of for his employer. Note the amount of the deposit on Oct 3: 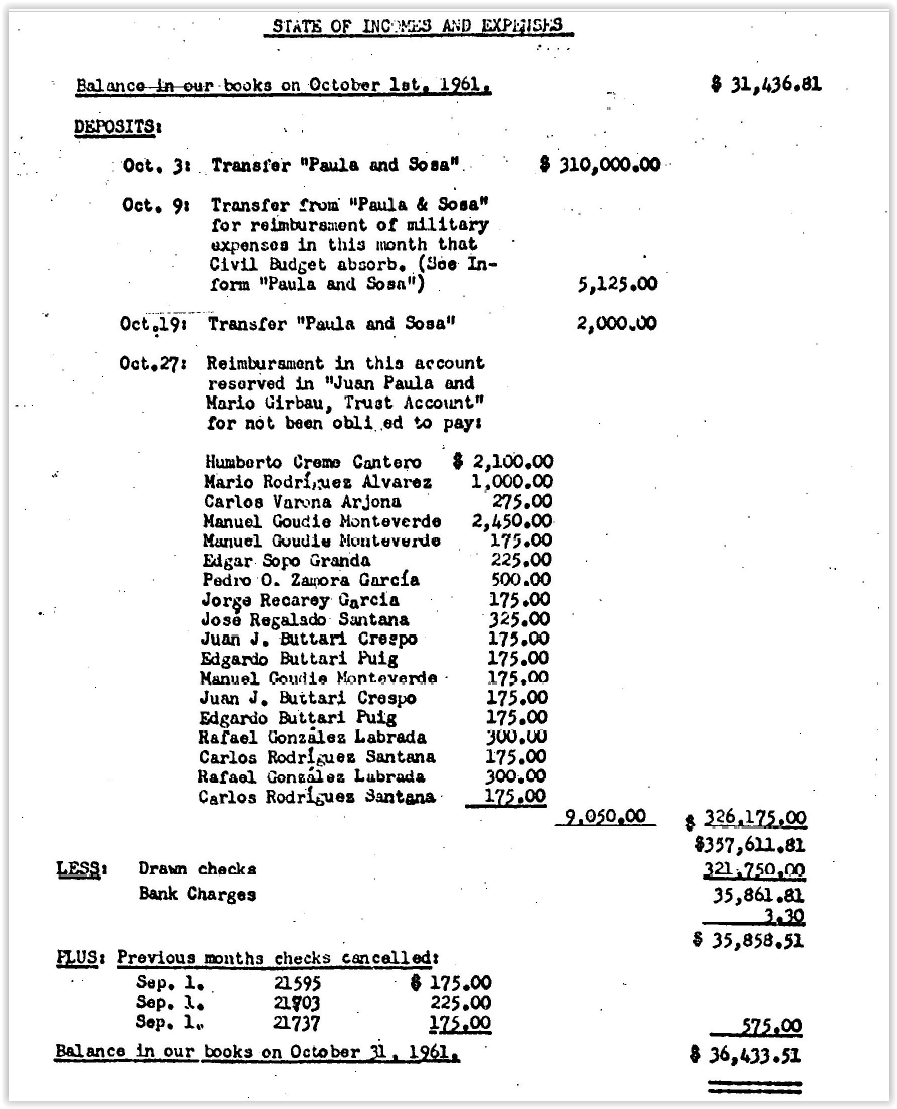 The data contained in these reports will probably take months to analyze, however, a clear pattern emerges showing activity which seems to coincide with historical events, measurable in monies allocated and spent by the organization whose finances Paula oversaw. The reports contain no letterhead, phone numbers, or addresses.  Many of them describe disbursements for clandestine operations and propaganda dissemination: 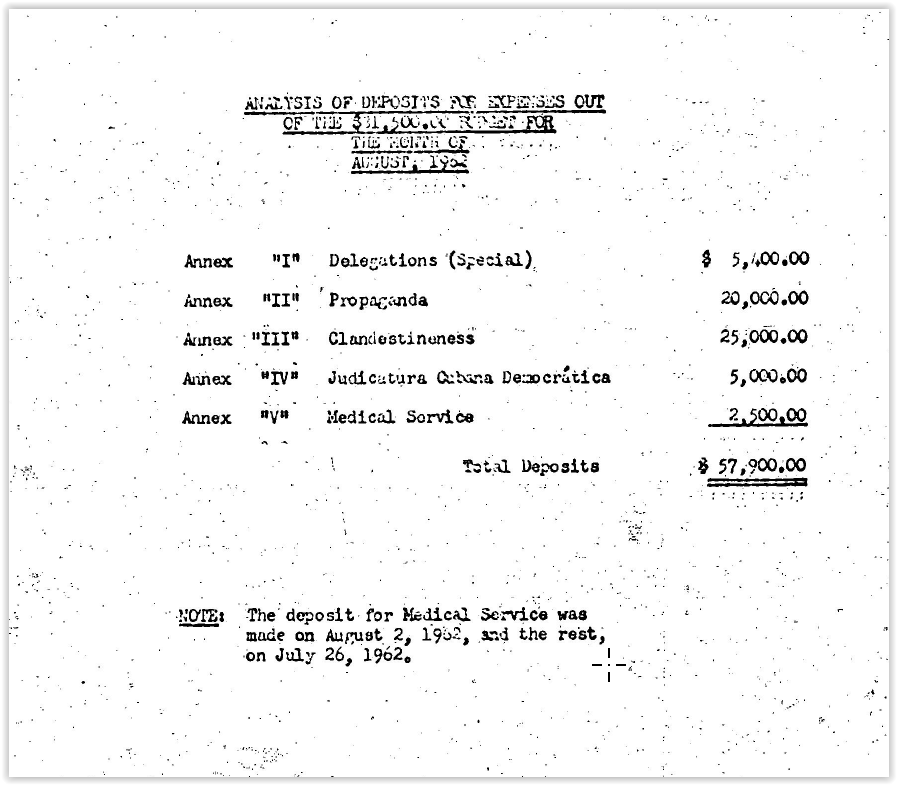 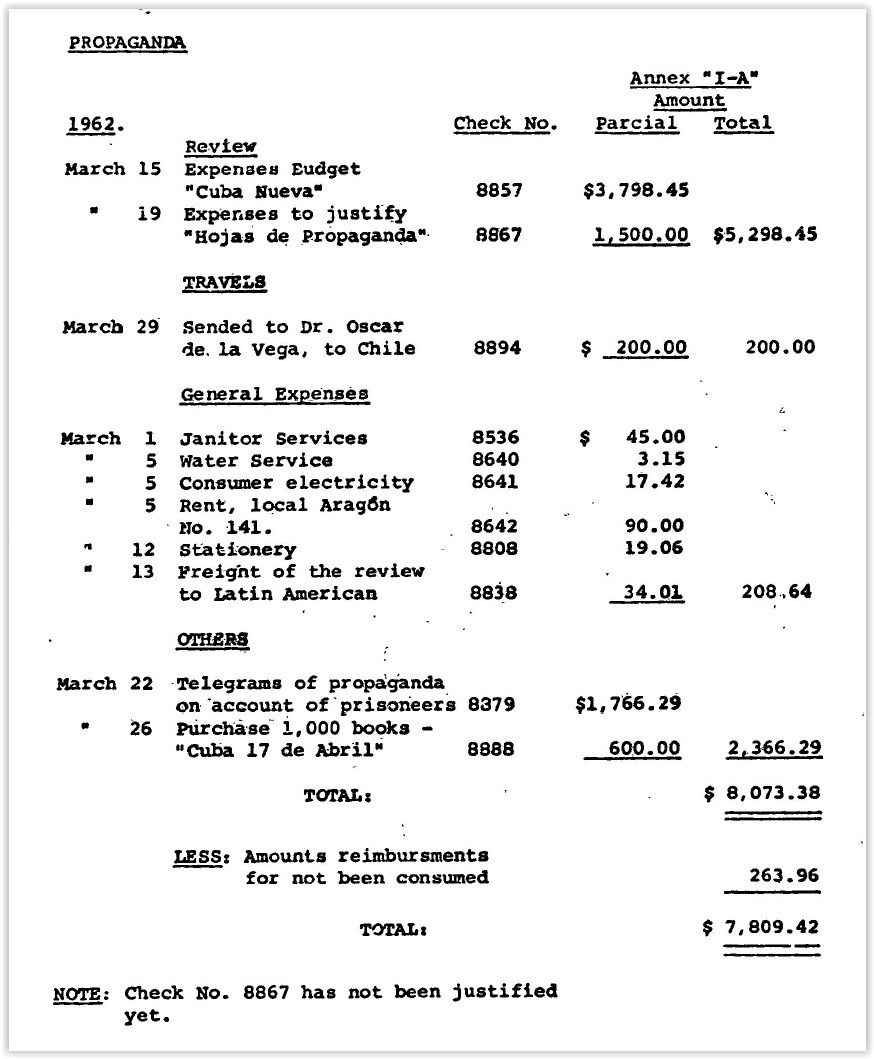 Considering that increased spending could indicate an operation of some kind, we began to wonder about the key months of October and November, 1963, and how expenses would compare to other months.  The amount of data could certainly allow us to look for patterns.  Here is the actual directory listing of those files after we unzip them and label the month and year to which they correspond.  They are not in any specific order: 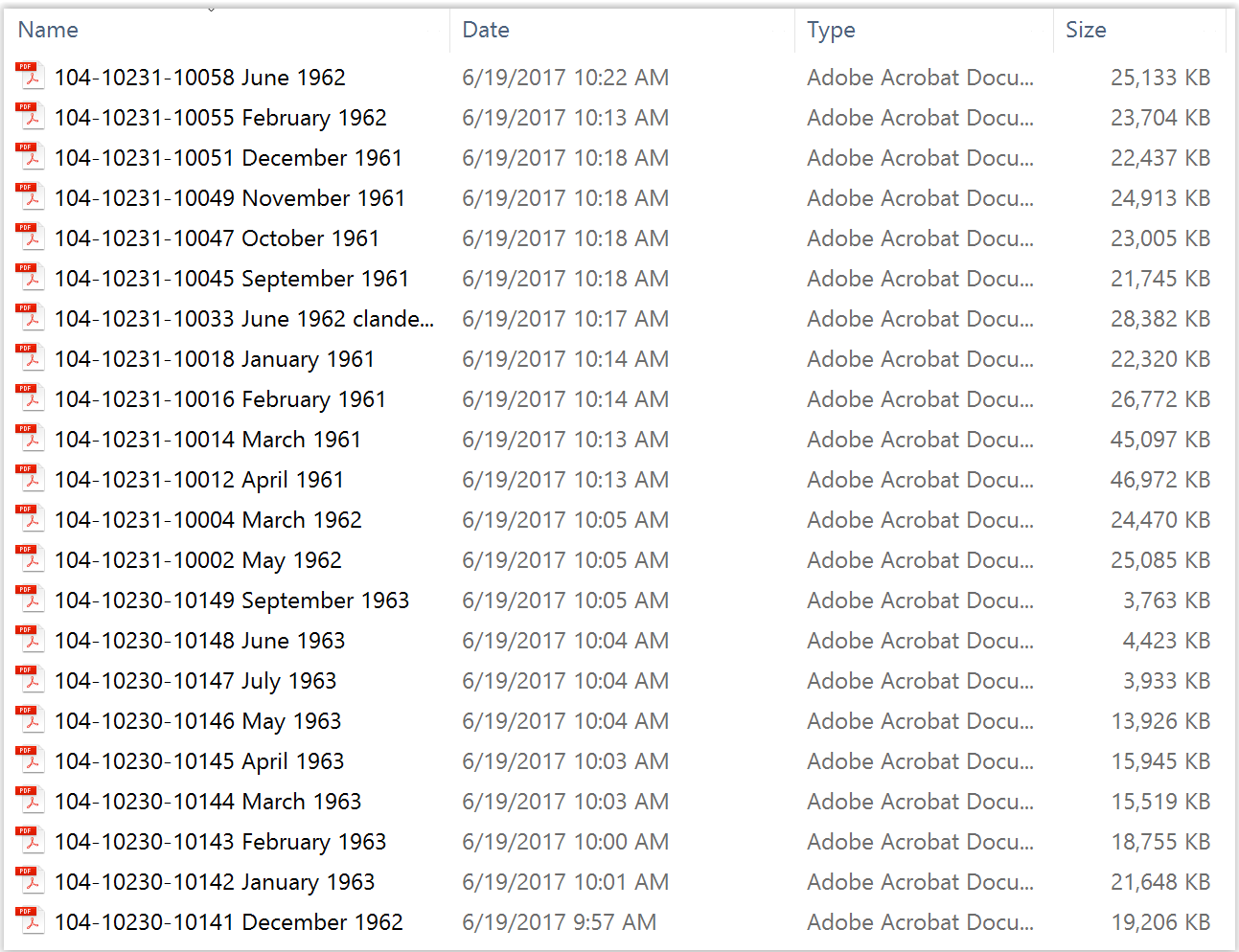 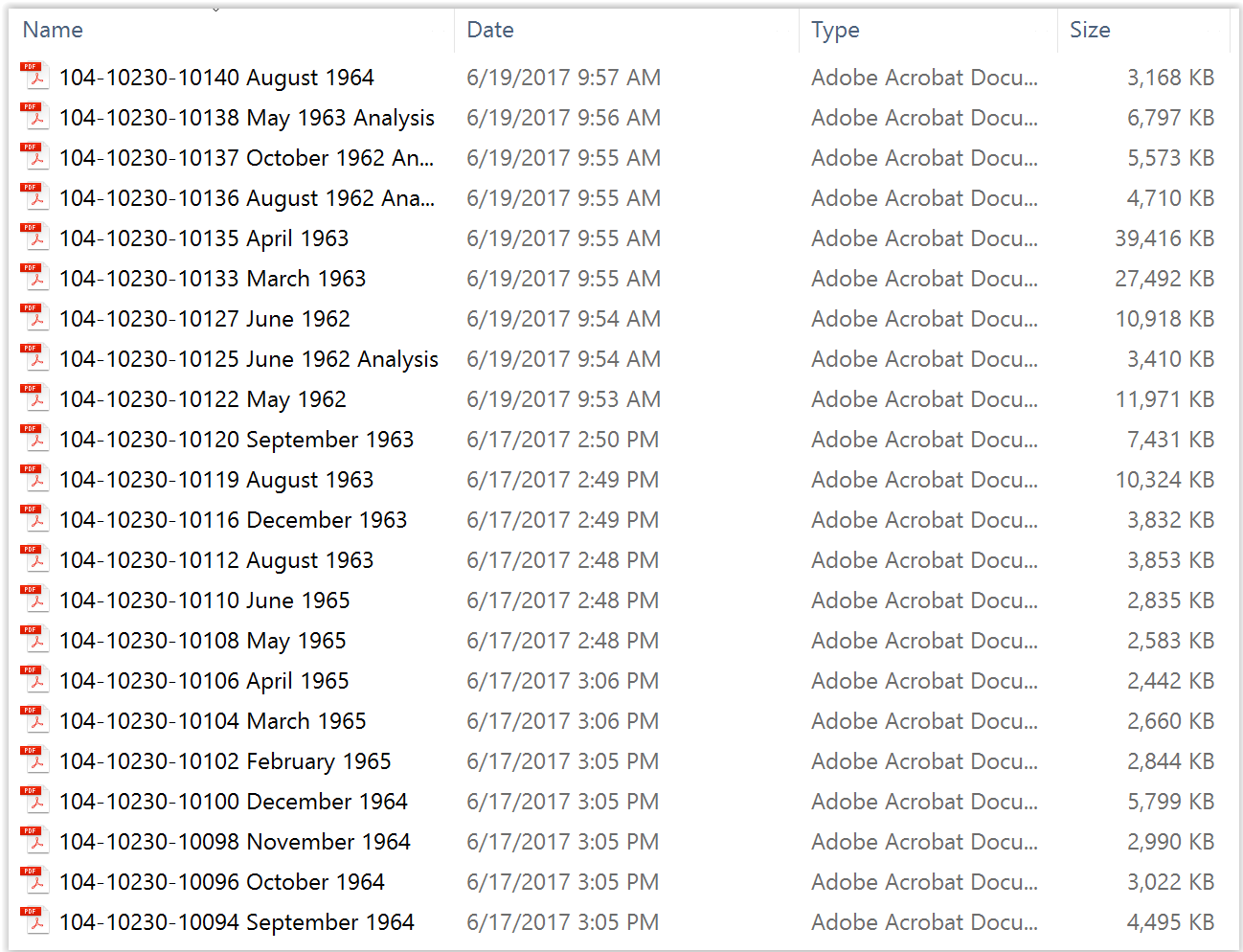 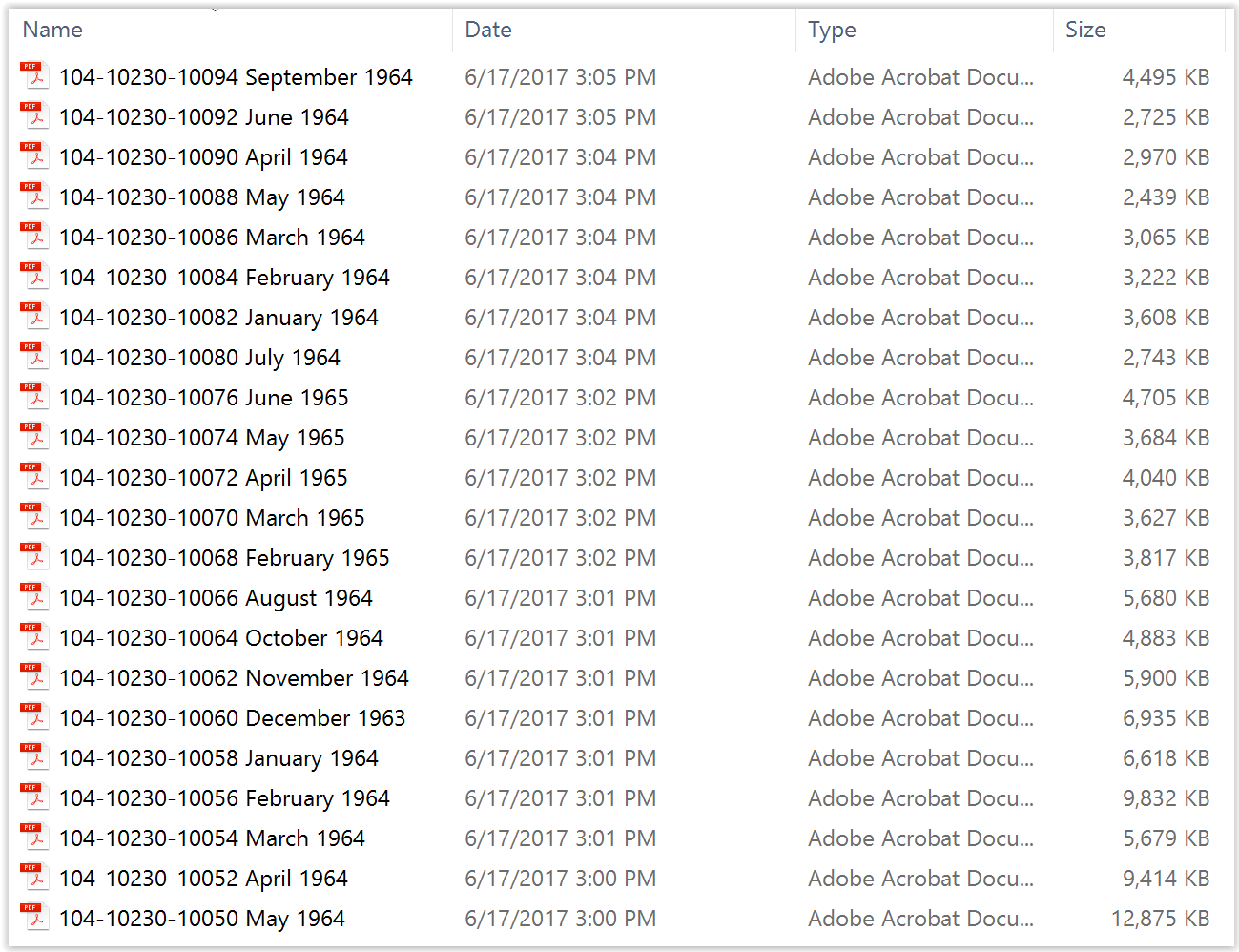 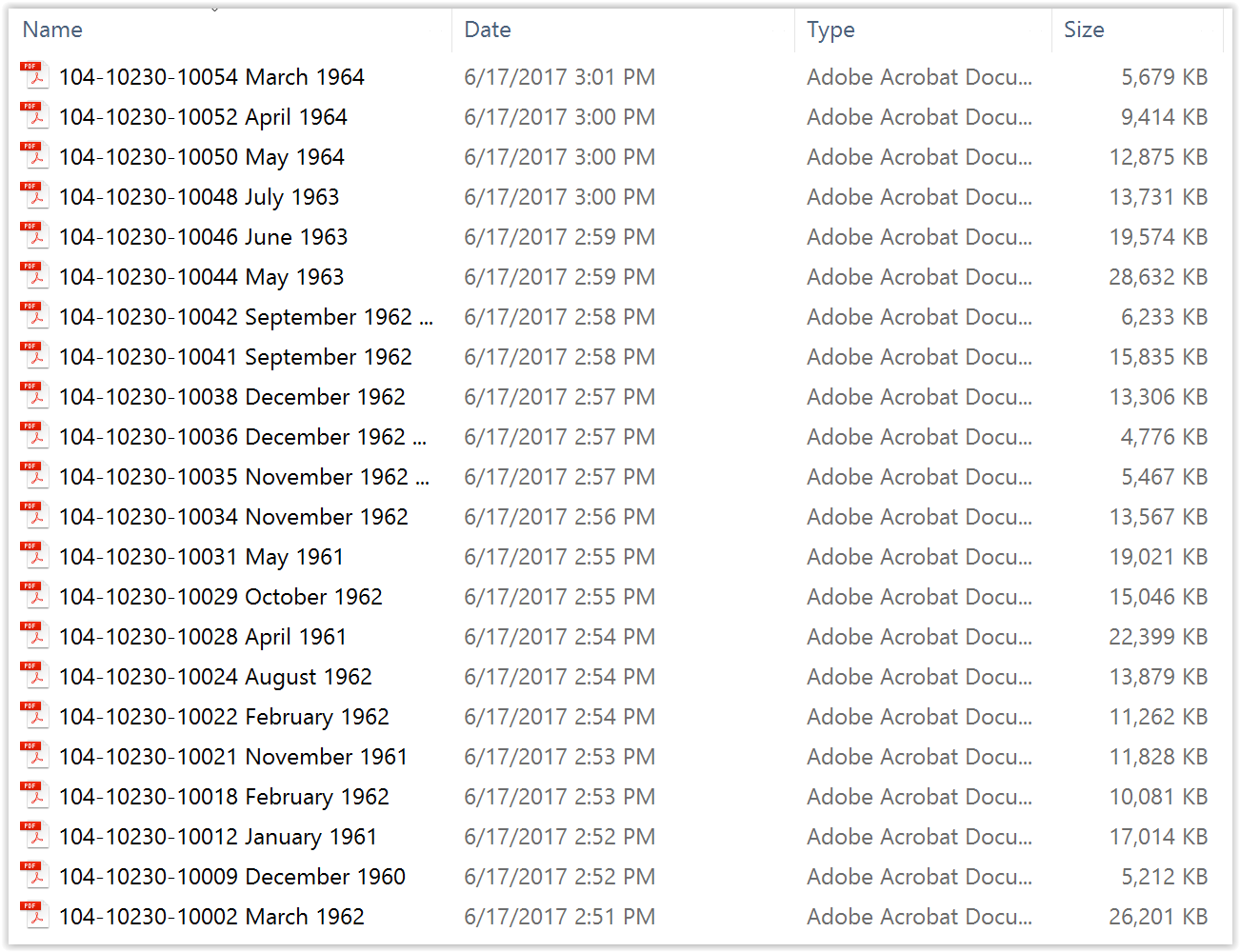 The closest months are September and December, 1963. Without jumping to conclusions, the Cuba Revolutionary Council monthly financial reports compiled by Juan Paula Baez for the months of October and November, 1963 do not appear to be in this batch of files.  Perhaps these will be released at a future date, no later than October, 2017.