In our previous post we revealed the identity of SKEWER-1 and how he went all out to help Cuban exiles in Puerto Rico in their efforts to remove Fidel Castro from power.  Today we talk about the Sylvia Odio-Ferré family connection.

Sylvia Odio is very well known in the JFK research community.   The Odio family was extremely wealthy in pre-Castro Cuba, having built their wealth in the transportation industry.  Sylvia was educated at Villanova University in Philadelphia, however, she had to cut short her Law studies and return to Cuba when Castro’s guerrilla forces ousted Fulgencio Batista at the end of 1959 (WC11H369).  Her father Amador and mother Sarah originally helped and backed  Fidel Castro, only to see their hopes and wealth vanish when it became evident that the new regime would turn Communist.   In late 1961 they were arrested while helping the counter revolutionary movement, and Amador was imprisoned on the Isle of Pines while Sarah was imprisoned for 8 years in the estate they had lived on, which Castro turned into a prison for women.  Understandably, this had a devastating effect on Sylvia and her siblings, all of whom were now living in exile in the U.S.

When Odio fled Cuba via Miami, she ended up living in, of all places,  Ponce, Puerto Rico!  Soon thereafter, she began having problems with her husband Guillermo Herrera, who was an engineer also educated in the U.S. and a Georgia Tech graduate.  In May 1962, when Herrera was sent away to Germany for 6 months on a job related trip, Sylvia found herself alone with her four young children, in a foreign land, having to fend for herself and her children.   The emotional stress in her was evident to all who knew her and she began seeing a psychiatrist for her condition. 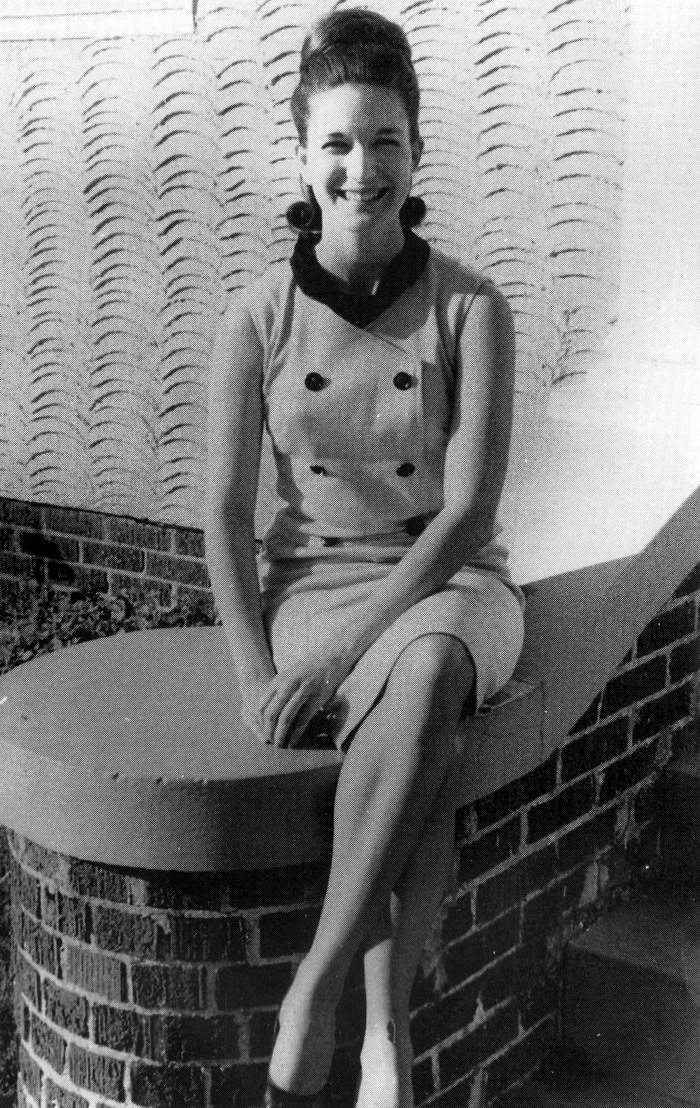 Odio first arrived in Dallas in March 1963 (215e).  While in Dallas, towards the end of September, 1963, before the assassination, she and her sister Annie received a visit from 3 individuals  who claimed to have been JURE members who knew her imprisoned father.   One of the three was an Anglo who she later identified as Lee Oswald.   Before the assassination, Sylvia spoke to her psychiatrist, Dr. Einspruch, about this incident.

Cesar Odio, Sylvia’s older brother reported that on the day of the assassination, both Sylvia and her sister Sara (Sarita, who lived in Dallas) were at the Trade Mart waiting to try to talk to President Kennedy  about obtaining the release for their imprisoned parents in Cuba: (Item 32 FBI Miami 9/12/64)

This is a little strange, because every other FBI document which mentions Sylvia’s reaction, places her at work when she hears about the assassination.  The Cesar Odio document, however, seems authentic, because it is also found here at Maryferrell.org.  This is a major contradiction which has never been addressed before.  If I were a betting man, I would go with Cesar Odio’s version, and would completely rule out the FBI’s, inasmuch as there is ample evidence of FBI alteration of statements and interviews in the JFK assassination  investigation.   So the question that needs to be answered is:  Why did the FBI misrepresent Sylvia Odio’s activities on November 22, 1963?  Was this part of the plan to destroy her credibility?  Cuban families are known to be extremely close to one another.  It would have been perfectly feasible for the ten Odio siblings, who were in exile scattered around the U.S., to come up with a plan to obtain the release of their imprisoned parents by appealing personally to President Kennedy.  Two young beautiful Cuban girls probably would have attracted his attention.   And where else would Kennedy have been accessible if not at the Trade Mart where he would have been in an open environment with hundreds of people? 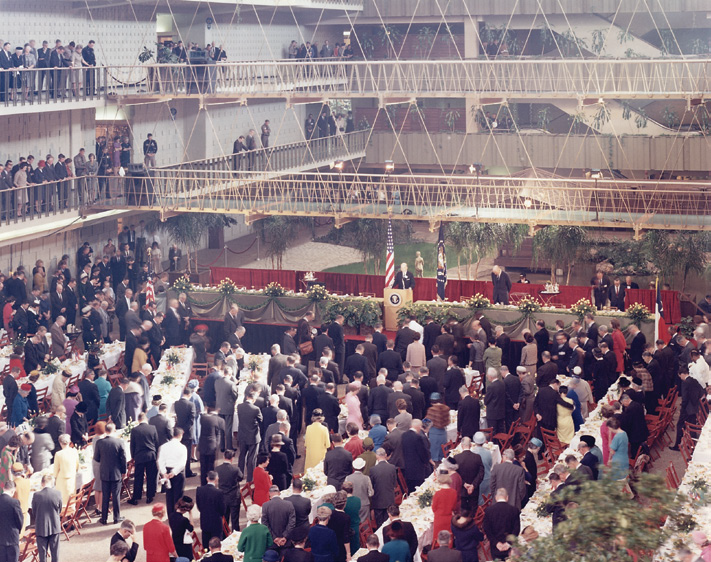 Nevertheless, upon hearing the news of the assassination Sylvia fainted and was rushed to the hospital.   Later that day, when Lee Oswald appeared on TV, and as Sylvia lay crying  in a hospital bed in Irving (215e), both Sylvia and Annie recognized him as one of the three men who had visited them on September 27.  A very emotional person, needless to say, Sylvia became even more of a nervous wreck when she saw Lee on television.

But the incident was not reported to the FBI by the Odio sisters, rather by their friend Mrs.  Lucille Connell, who was contacted by the FBI after the assassination and was interviewed on 11/29/63 (CD205).  Bear in mind that the Odio sisters were scared to death, and had agreed to not talk to anyone about what they had witnessed two months earlier.  When Gaeton Fonzi investigated the “Odio Incident”, he was able to re-interview Connell and others who were involved.  Fonzi learned that Connell never initiated contact with the FBI.  The FBI found out about Odio when Marcela Insua told her young Spanish students about a conversation she had with Connell, who in turn told her that her friend, Mrs. Sanford Pick, who worked at a law firm, had witnessed Jack Ruby draw a power of attorney for his sister Eva Grant.  (This, she felt, was uncharacteristic of Ruby since he had never had the need for a POA.)   One of Insua’s pupils happened to be James Hosty’s son, who immediately told his father about the incident.   So if this sounds somewhat confusing, the path of the information was:  Mrs. Sanford Pick to Lucille Connell, to Marcela Insua, to Hosty’s son, to Hosty himself.  Fonzi also makes the observation that Connell never spoke about the three men who visited Odio, rather that Sylvia had told her that Lee had spoken to various Cuban exile groups and had mesmerized those in attendance with his wit, eloquence,  and intelligence.  As reported in the now defunct Fair Play Magazine,  the Connell incident was never given the serious investigation and follow up that it deserved. 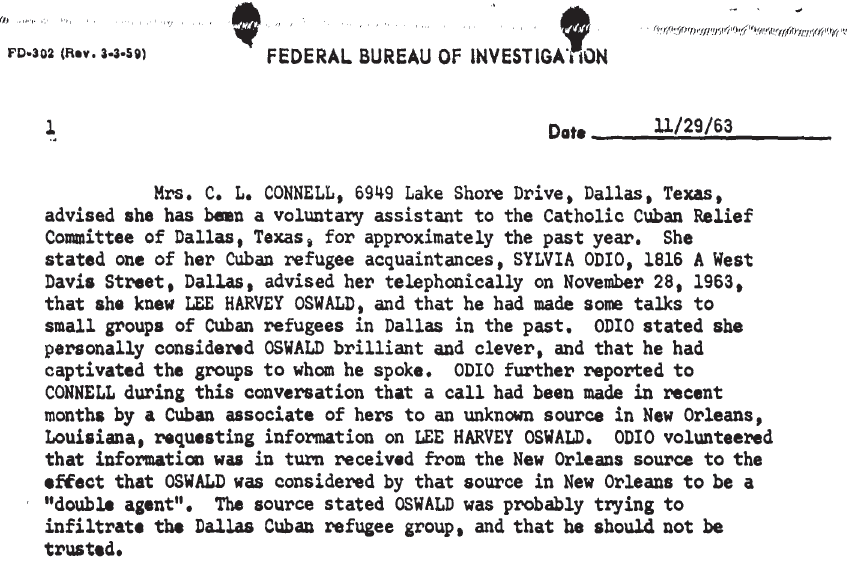 One gets the impression that had Insua not talked about Ruby in her class about what Connell told her, Connell would have never been interviewed by the FBI, and we would have never known of the existence of Sylvia Odio and the so-called “Odio Incident”.   When Sylvia testified under oath before the Warren Commission, she denied everything reported by Connell.   Sylvia spoke of a falling out with Connell as being the reason the woman had “invented” those lies.  True to form, when Fonzi caught up with Connell, she could not remember what she told the FBI agents who interviewed her, and was under the impression that they were relatively new to the job, did not take notes, and did not seem to be informed on the subject.

Commission Document 1546 (CD1546) contains the interviews of some of the people who knew Odio in Dallas, including a second interview of Connell on 9/10/64.  In CD1546, now Odio was described as “having a mental disturbance of some sort”, that she was very “emotional and tends to be unstable, ….that she “talks incoherently at times and frequently her conversation has no form or substance.” , “…had many personal problems”, etc. , even that she was suicidal and had been caught attempting to cut her wrists with a dull knife (Item 29).   All of this would appear to have been an effort to undermine Odio’s credibility.   Even the FBI unabashedly wrote in a Hoover-to- Dallas memo dated 10/2/64:   We are endeavoring to disprove Miss Odio’s statements. (pg 4 Item30)  As a means of comparison, a Slawson memo dated earlier that year, 4/6/64, to Griffin-Hubert described Odio as:  “Mrs. Odio checks out as an intelligent, stable individual.”

In 1976 Dick Russell interviewed Odio via telephone.  Sylvia Odio: “I know this was something big, and for some reason I was made part of it.  All I can tell you is that what came out in the Warren Report was distorted.  I know it was Lee Harvey Oswald, not someone posing as Oswald, at my door. But I was very confused and the FBI took advantage of that.” (TMWKTM pg 480)

Regardless of any motivation by the principals, the fact of the matter is that the Odio incident became a problem for the Warren Conspiracy, because at that time Lee Oswald was supposed to have been in Mexico!

So what does the Ferré family have to do with all of this?

In a written communication dated 9/25/68, Harold Weisberg  wrote about a connection that existed between Sylvia Odio and Luis Ferré.  When Sylvia settled in Dallas in mid 1963, she stayed at the home of John and Joanna Rodgers, owners of Texas Industries.  Weisberg reported that :  “Sylvia Odio was for a while in the Rodgers home, arranged by her friend Luis Ferré.”  As Howard dug deeper into the Odio case, he came across and met Colonel L. Robert Castorr and his wife.  The Castorrs knew the Rodgers family well.  Joanna confided much of her relationship with Sylvia to Mrs. Castorr.  The Castorrs told Weisberg in tape recorded interviews, that the Rodgers had met one “Mr. Forray” on a cruise, where “Mr. Forray” asked the Rodgers if they could look after Sylvia in Dallas:

Note that whoever transcribed Weisberg’s tapes of the Castorr interviews clearly used the phonetic spelling of “Ferré”, and wrote “Forray”, as the surname is not a very common one.   Only a complete examination of the transcript would bear this out.

Another reference to Rodgers is contained in FBI 105-82555 Oswald HQ File, Section 237, page 6. In an FBI interview of Guillermo Herrera, he revealed that Sylvia stayed with the Rodgers family after undergoing a hysterectomy.   Rodgers was described by Herrera as  a “wealthy cement plant operator” in Dallas.    Our previous post identified Luis A. Ferré as a wealthy industrialist from Ponce who made his fortune in the cement manufacturing industry, and who benefited enormously from the construction boom of the 1950’s and 60’s in Puerto Rico. The connection is inescapable.  As colleagues in the same line of business, it is entirely possible that the Ferrés might have invited the Rodgers to join them in a Caribbean cruise which sailed out of the port of San Juan.

This circumstantial evidence suggests a much closer relationship existed, with the possibility that the Ferré family could have sponsored her stay in Ponce when she moved there in January 1961 from Cuba.  It is also possible that Sylvia’s parents, Amador and Sarah, knew members of the Ferré family in Cuba, which would explain her migration to the remote town of Ponce, when most exiles were settling in the capital city of San Juan.   Another possibility would be the Manuel Ray connection.  As we wrote in our previous post, Manuel Ray (AMBANG-1) was a close friend of Luis Ferré, who donated thousands of dollars for his cause under the Cryptonym “SKEWER-1”.  Moreover, Ray’s wife was very close friends with Sylvia’s mother Sarah in Cuba (FBI 105-82555 Oswald HQ File, Section 237 pg 4).  I’m sure the reader can connect the dots here.

It must also be noted that despite being described in many written sources as being almost destitute in Ponce, she managed to obtain residence in the most exclusive urbanization there:  El Vigia – precisely where wealthy families like the Ferré and Serrallés (DonQ rum)  families lived. 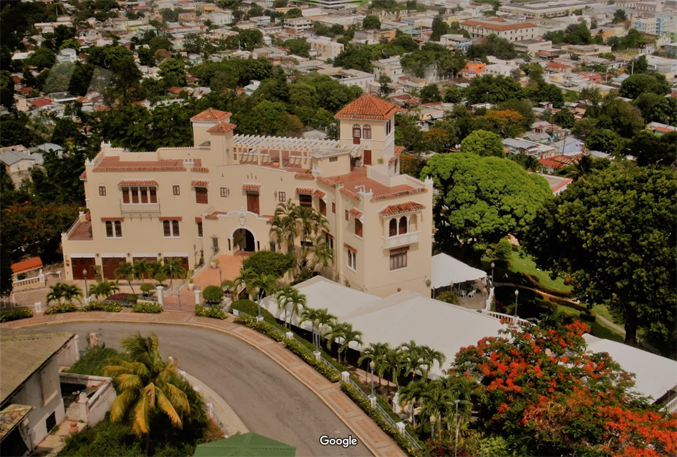 While in Ponce, in early 1963, Sylvia attended the organizing meeting of “JURE” held in the town of Juana Diaz, just East of Ponce on the South coast. (215e) She was one of the original members of the organization which was later presided by Manuel Ray,  but Ray was unconvinced of her commitment to counter revolutionary activities (FBI 105-82555 Oswald HQ File, Section 237): “He indicated he never had too much faith in Odio in regard to her activities in the organization.” (Ibid)

Then we have this document found in CD1553 which reveals the close relationship that existed in 1964 between the Ferré and Odio families – in this case with Maurice Ferré – the nephew of Luis, who would later become mayor of Miami.   Luis, of course, would go on to become Governor of Puerto Rico in 1968.

Was there a connection between the Ferré and Odio families?  If so, how close was this relationship?  We may never know.