Jack White once produced a video titled “The many faces of Lee Harvey Oswald”  After studying several versions of the signatures attributed to Lee Oswald, I figured it was time to follow in Jack’s footsteps and do digital imaging comparisons on some of them.  I began by collecting the ones I readily found on the Internet, which I assembled into this collage:

Immediately, I noticed there was something drastically wrong with these signatures. They just didn’t seem to match.  Of course, signatures will vary slightly as we age, however, the vast difference among some of these was just too much to ignore.  So I began to isolate and classify them in a cohesive manner: 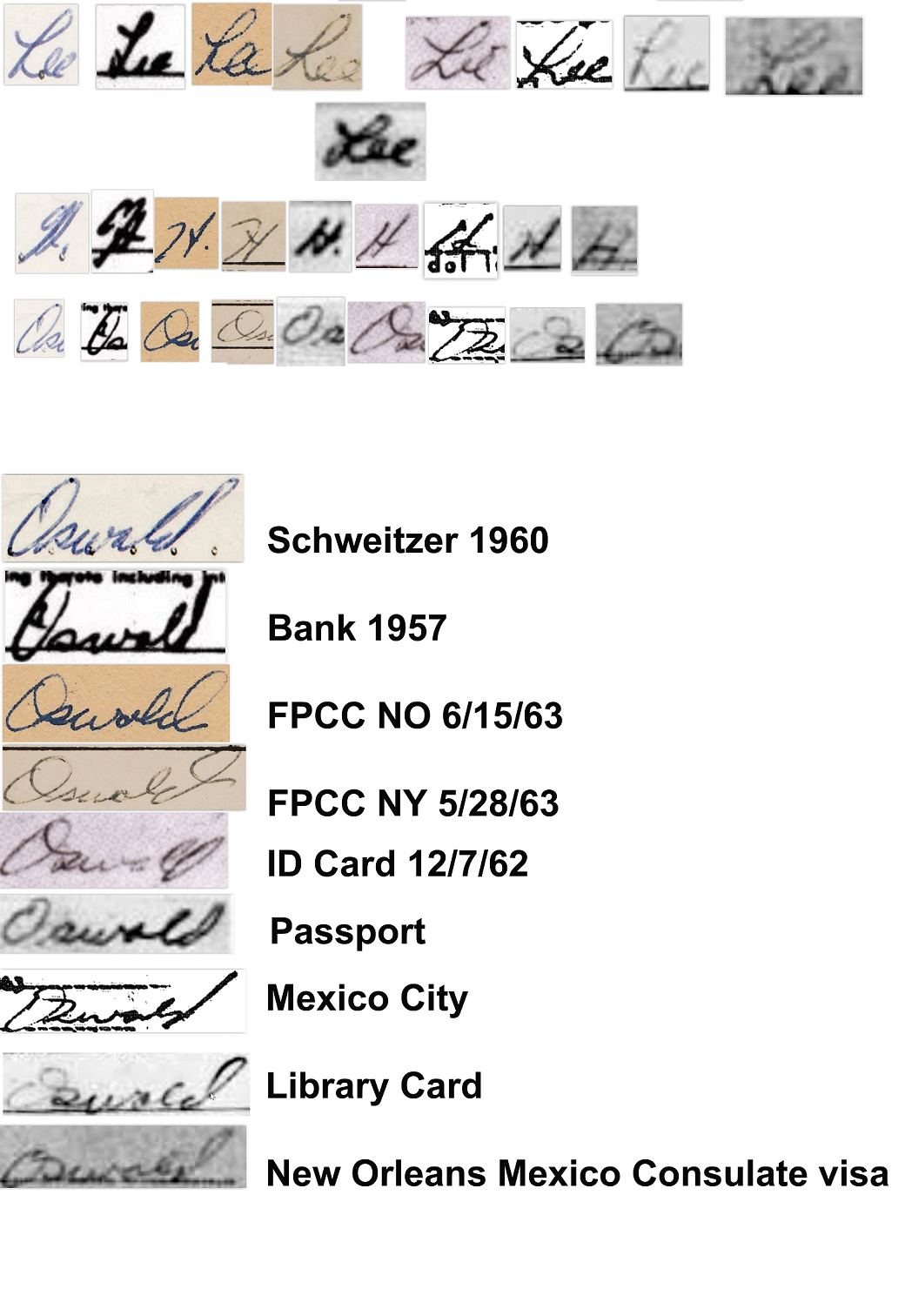 When compared side-by-side, it’s easy to tell the difference between these signatures. It must be pointed out that the first two, the Schweitzer College (1960), and the bank (1957) signatures are the only ones that seem to match. Note the pronounced fishhooks at the beginning of the letters “H”, which are not seen in any of the others.  Also, the “O”‘s are separate from the “s”‘s which follow in “Oswald”.

Now the most important signature in this study follows the subject matter of what we have been posting here for the past few months.  Look closely at the Mexico City signature. This is taken from the following document, which I found in the latest April 2018 ARRB release: 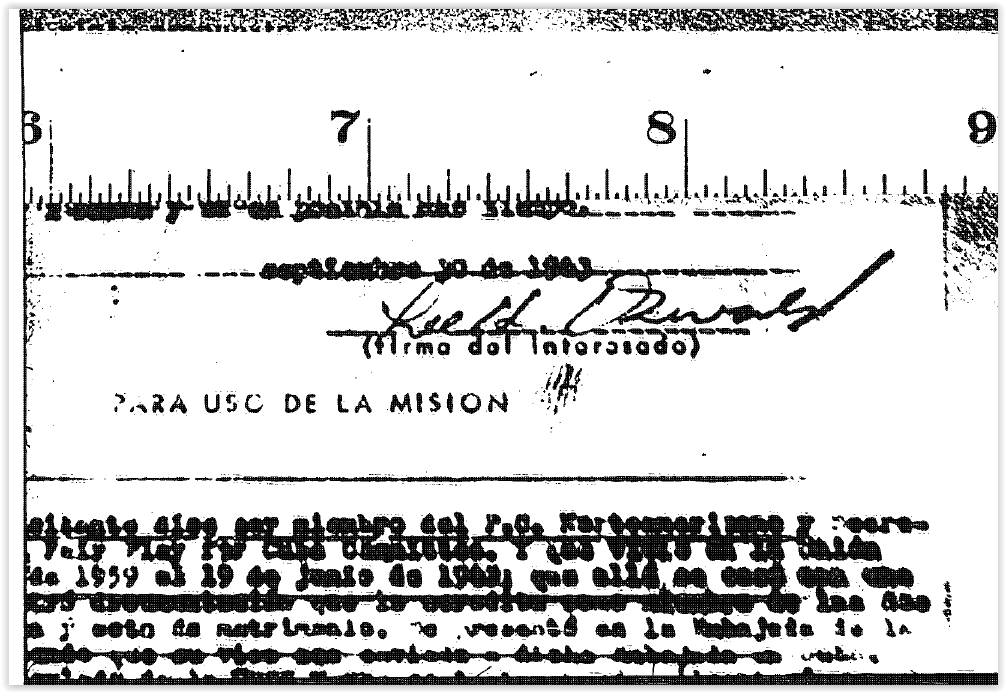 It’s supposed to be Lee’s signature at the Cuban Mission when he was allegedly applying for a transit visa via Cuba to the Soviet Union.

The Mexico City signature is not even close to the next one, which was obtained from the Albert Schweitzer College application letter dated 3/19/59: 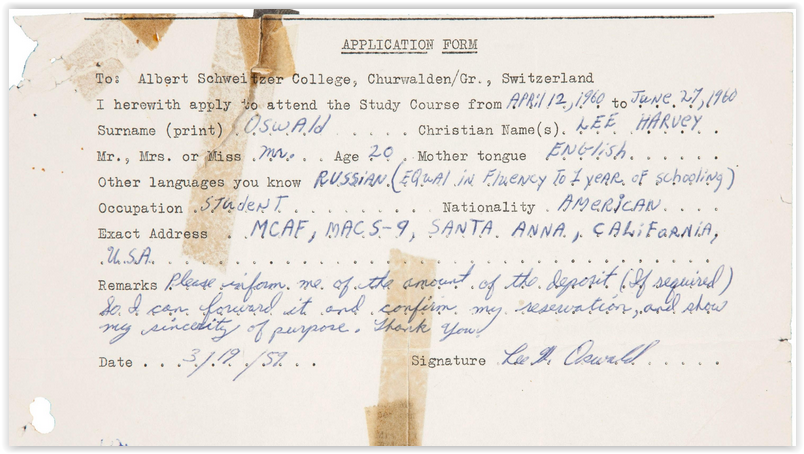 I will stop here and let the reader study these in detail and download them if he or she desires.  It is easy to prove the same man did not sign all of these documents.  Another chapter in the mystery of who Lee Oswald really was.