In February 2017 I posted this piece on Emory Roberts. It pointed out the fact that in the Altgens6  image, Roberts mouth had been covered up via airbrushing. Let’s briefly review its content.

Today I was watching this video posted on YouTube by “The Fifth Estate” out of Canada, and within the presentation, very interesting footage was shown, one which I must admit, was unaware of.  It is not in the DCA (Dallas Cinema Associates) compendium, so its origin is unknown to me, therefore I have dubbed it the “unknown film”.  Here it is:

As far as I can tell, it appears to have been taken somewhere on Main Street,  before the intersection with Houston Street, as the motorcade was approaching the photographer coming right at him/her. Here is the actual map that was published in newspapers that day. Note that the map does not show the detour the motorcade took when it turned onto Houston, and then left on Elm Street: 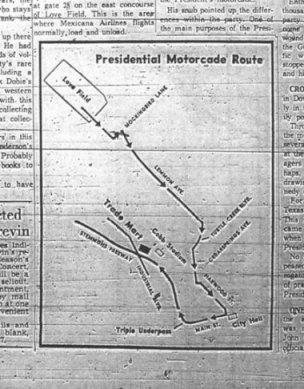 Here is the isolation in slow motion:

This one shows Hill in a Dallas Times Herald photograph as the limousine makes the turn from Harwood Street onto Main Street. 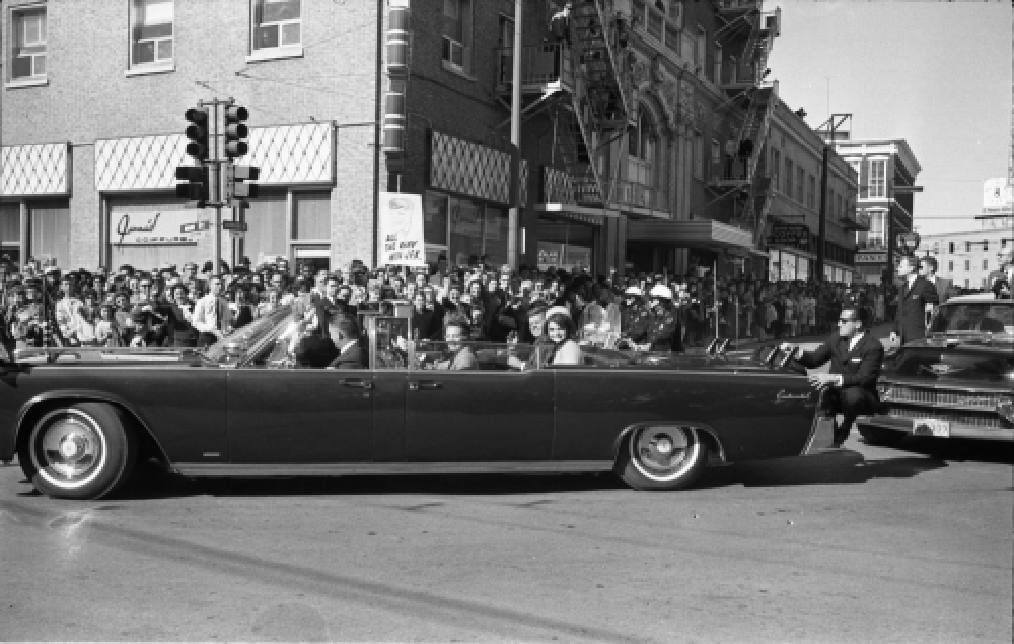 The first frame of my isolation sequence is this one, which shows Clint Hill crouching on the rear platform, exactly as he is seen in the Dallas Time Herald photograph shown above, a position he  was supposed to occupy throughout the motorcade every time it slowed down, since his responsibility was to protect Jackie at all times: 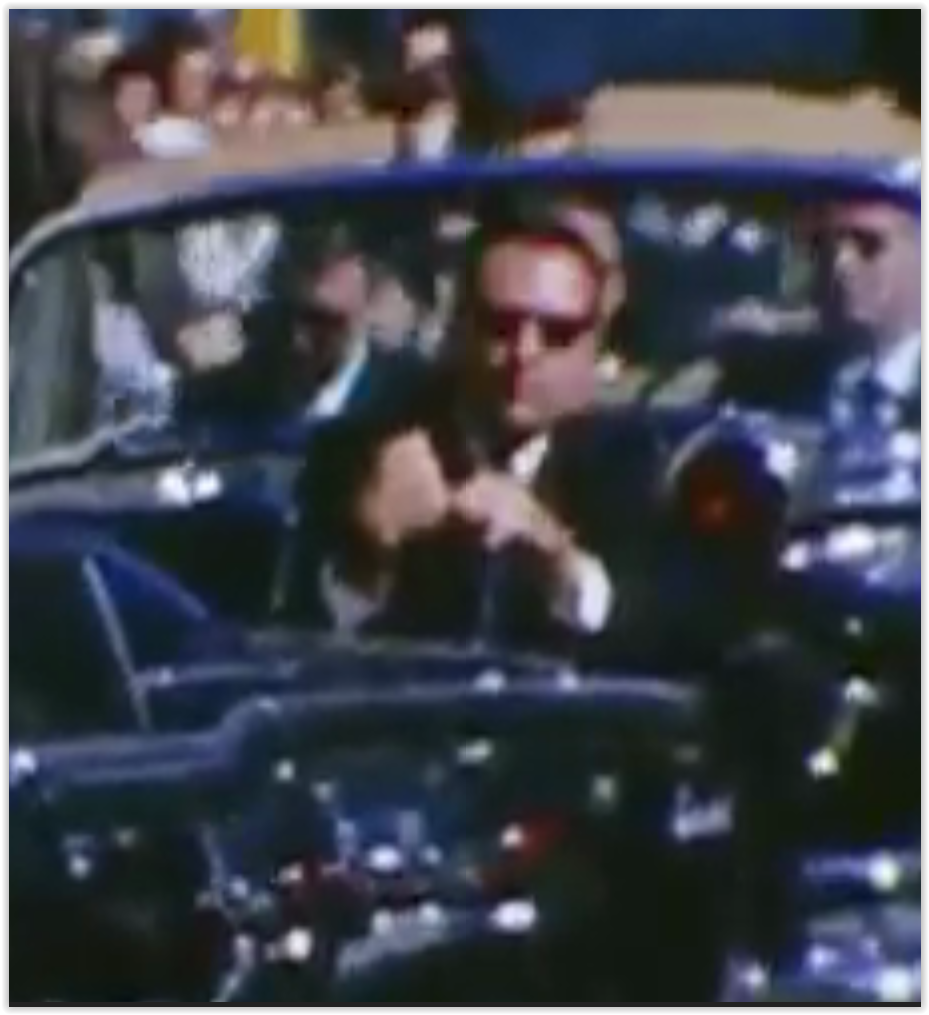 As we move on to frames 11 through 14, this is what is seen in the film – obvious evidence of airbrushing which actually bleeds down and covers Hill’s right hand and the right edge of his head, including the hairline.  Since Roberts was well behind Hill and riding shotgun in the Queen Mary, it is obvious that both are not on the same plane, therefore, the only explanation has to be that the film has been tampered with: 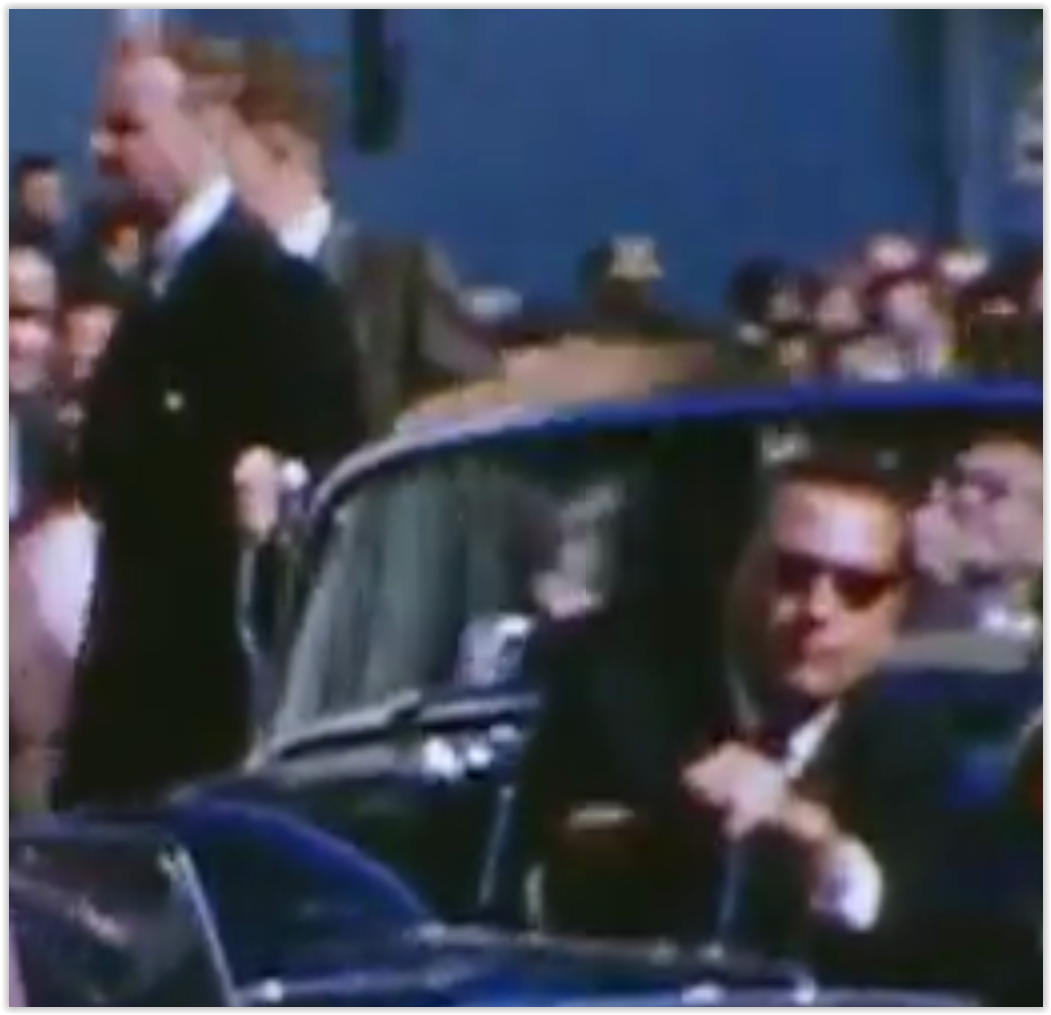 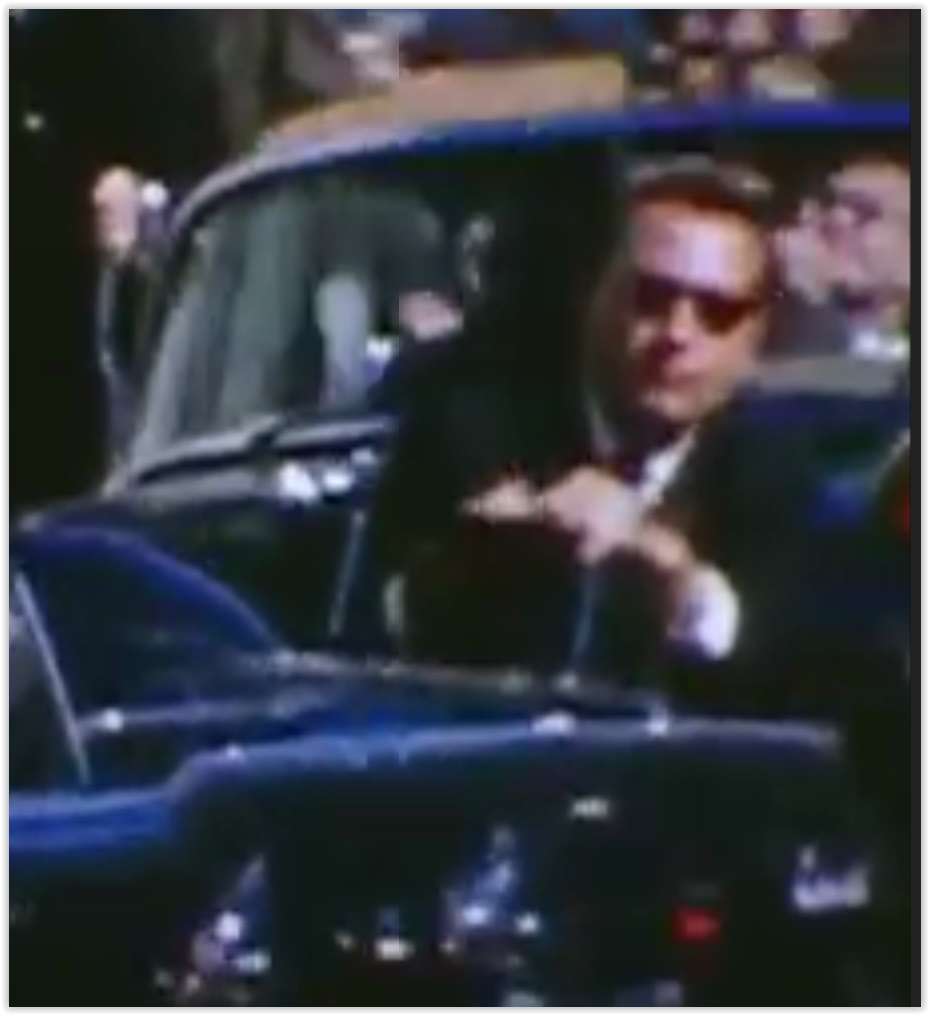 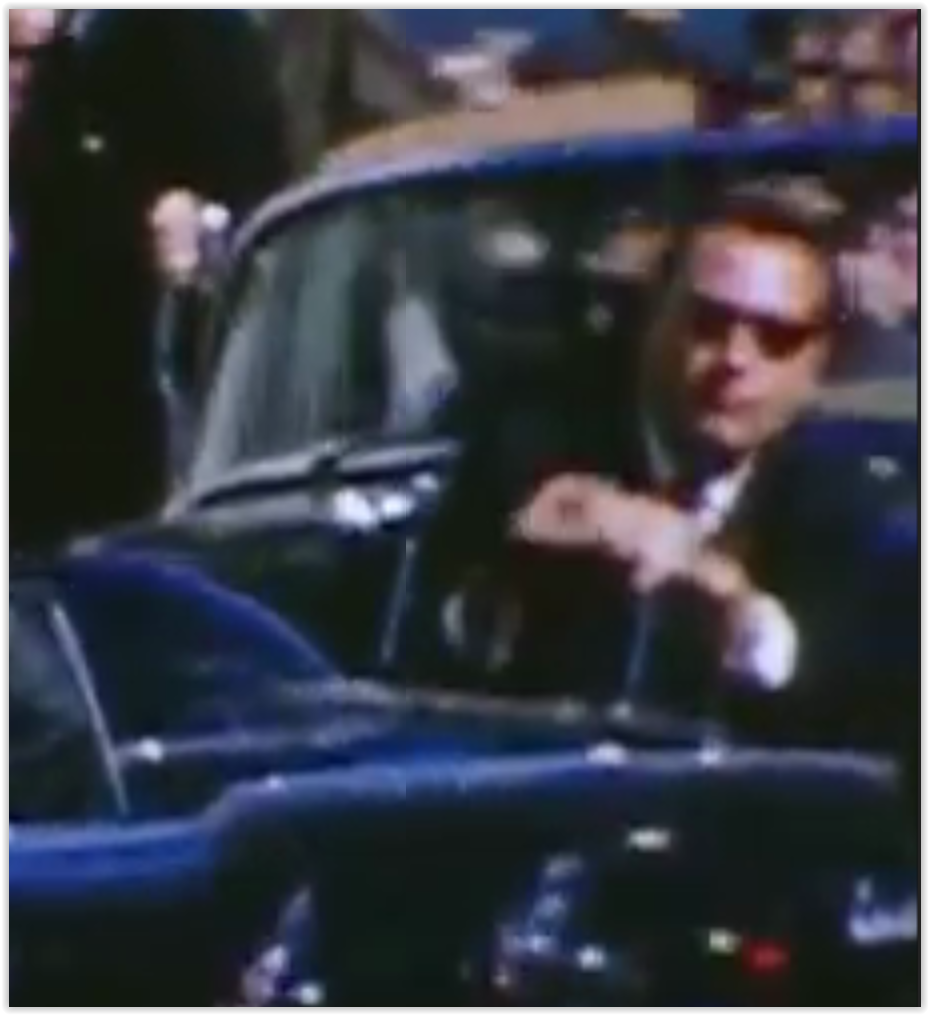 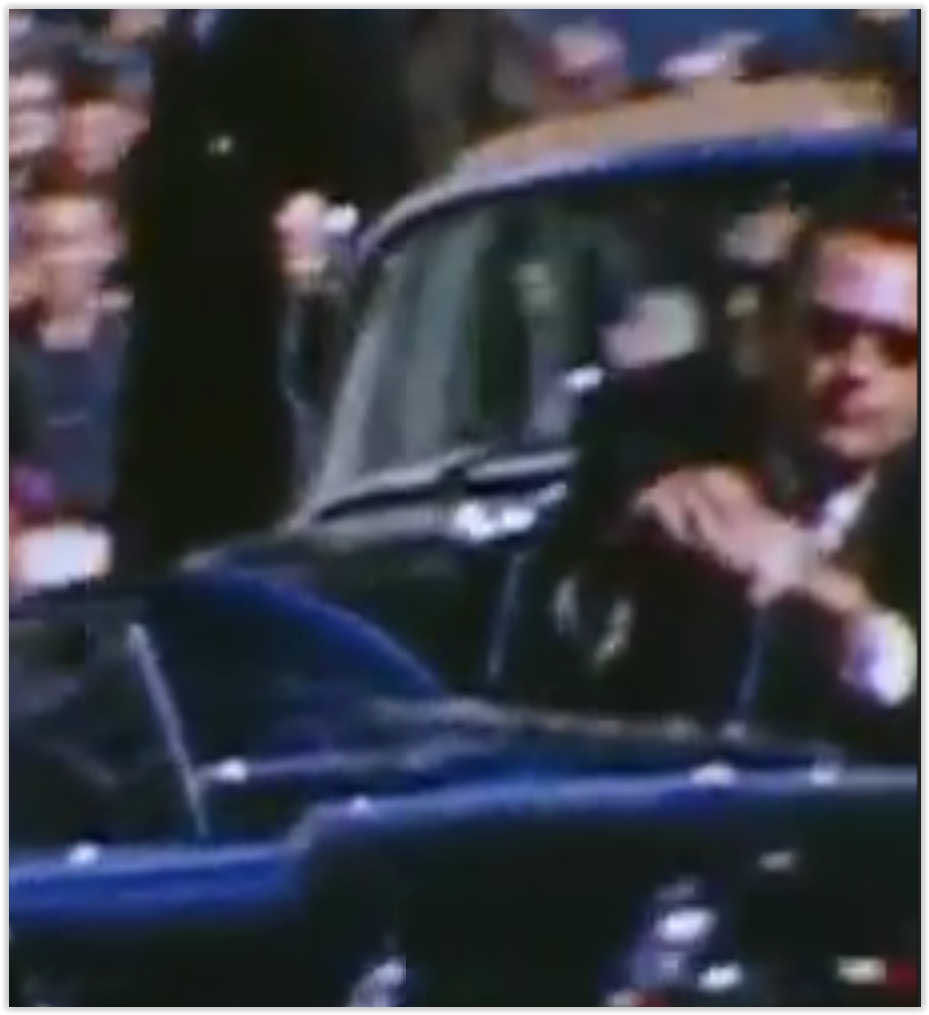 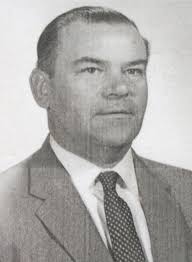 The following film is part of a sequence that was purchased by David Wolper Productions in 1964 and shown in the documentary “Four Days in November” Lo and behold, investigators who bothered to look at the film, noted the obvious actions of Emory Roberts as he is seen calling off Henry Rybka from the running boards of the JFK limousine.

Amazingly, Rybka remained at Love  Field and completely missed the tragedy that unfolded in Dallas that afternoon.  This sequence shows Roberts rising from his seat to get Rybka’s attention, followed by several images of Rybka throwing his hands and arms up in disgust as he reluctantly follows orders, not without showing his extreme displeasure with Emory Roberts orders. 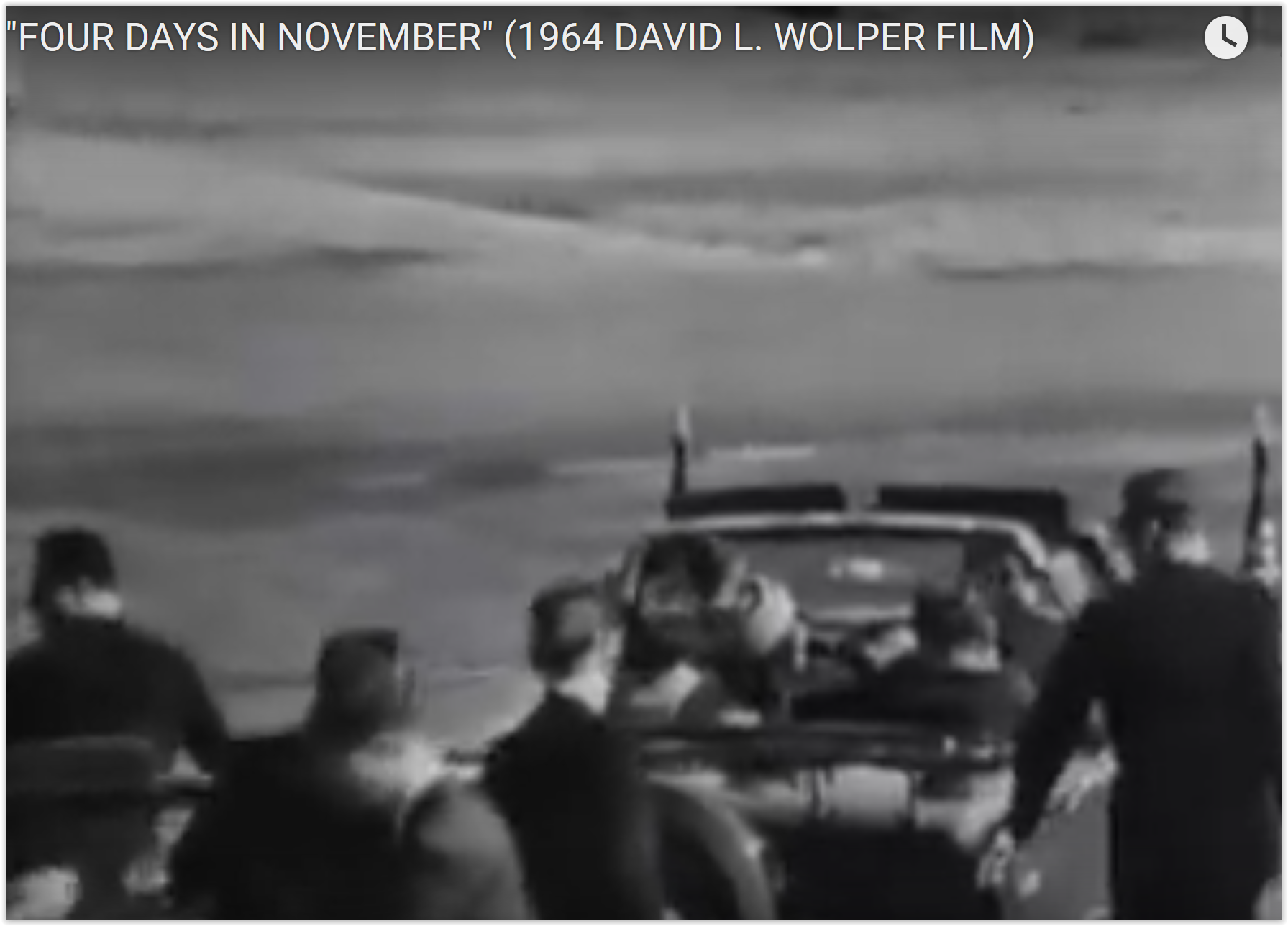 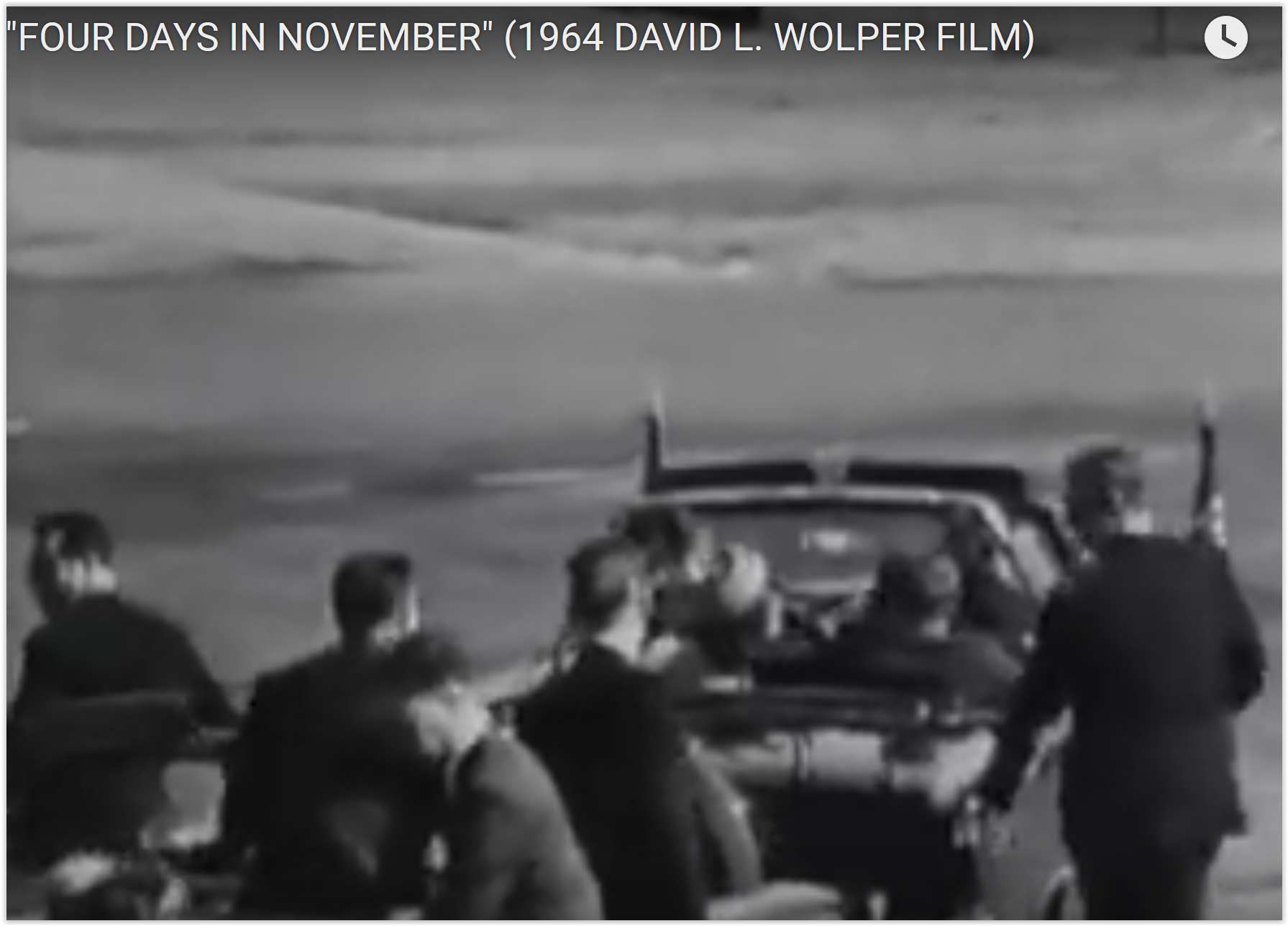 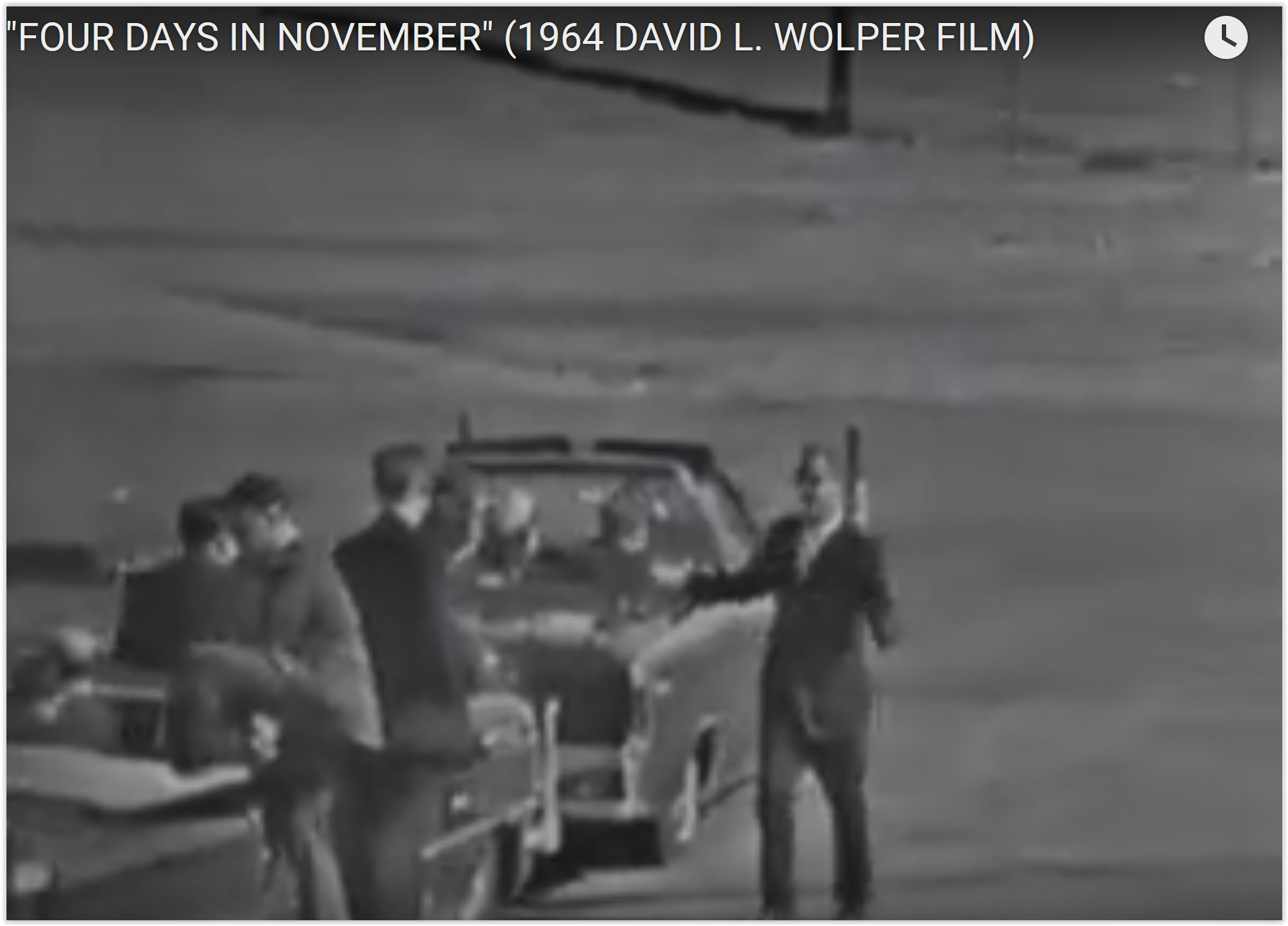 The JFK limousine is well in front of Rybka, and he is still gesturing Roberts that he does not agree with what is going on: 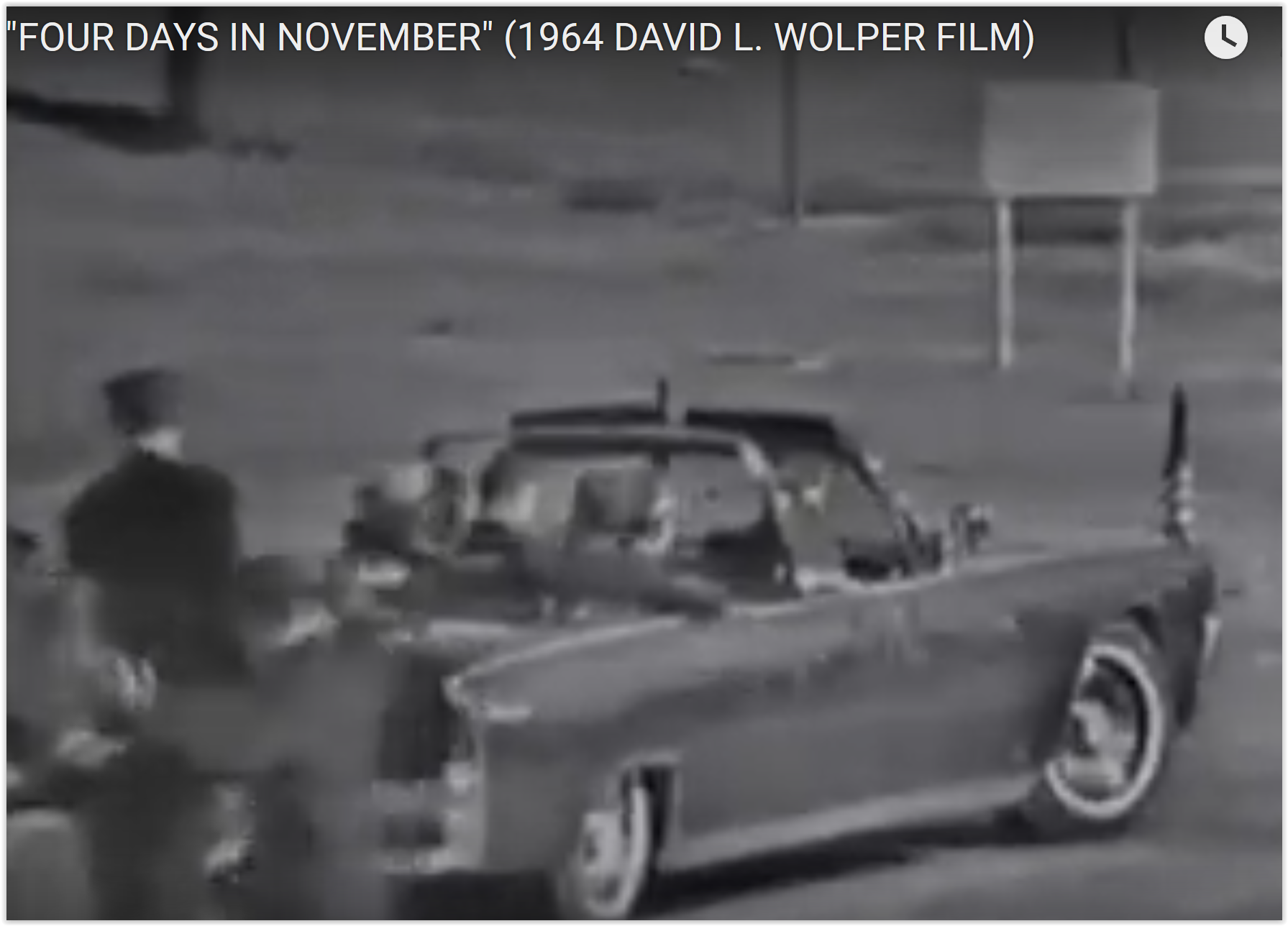 All of which is to say, there is ample film evidence that suggests that Emory Roberts was involved in setting JFK up for the hit that day. First, he seems to have been involved in the security stripping of the JFK limousine at Love Field, and secondly, he appears to have been coordinating  some aspect of the assassination via radio.  According to Vince Palamara, upon arrival at Parkland Hospital, Roberts allegiance suddenly switched to the new President, LBJ, and he appeared to have been intent on making sure JFK was dead:

“Presidential aides Ken O’Donnell and Dave Powers best summed up the situation when they wrote: “Roberts, one of President Kennedy’s agents…had decided to switch to Johnson as soon as Kennedy was shot.” In addition, four other authors have noted Agent Roberts’ “switch of allegiance,” including Chief Curry. Once at Parkland Hospital, SA Roberts totally usurped his superior, number-three agent Roy Kellerman. Emory ordered Kellerman’s agents around and confided in Rufus Youngblood, the soon-to-be SAIC, replacing the absent Behn. What William Manchester reports as having occurred at Parkland makes one both sick and repulsed: “…Powers and O’Donnell bounded toward the Lincoln. Powers heard Emory Roberts shouting at him to stop but disregarded him; a second might save Kennedy’s life [Dave, too bad you weren’t on the running board of the follow-up car]…Emory Roberts brushed past O’Donnell, determined to make sure that Kennedy was dead. ‘Get up,’ he said to Jacqueline Kennedy. There was no reply. She was crooning faintly. From his side Roberts could see the President’s face, so he lifted her elbow for a close look. He dropped it. To Kellerman, his superior, he said tersely, ‘You stay with Kennedy. I’m going to Johnson.'”
It is a shame that Emory Roberts cannot enlighten us on his conduct: having never been questioned by the Warren Commission or the FBI, he died on 10/8/73 at his Brookeville, MD home, after an apparent heart attack. Roberts was 58 at the time. Only author William Manchester spoke to him (on 12/4/64 & 4/26/65, respectively ). Incredibly, Roberts was the President’s receptionist during the Johnson administration while still a member of the Secret Service, receiving a Special Service Award from the Treasury Department for improving communications and services to the public in 1968 —a year later, during the start of the Nixon administration in 1969, Roberts was promoted to the coveted position of Inspector at Secret Service headquarters, responsible for overseeing a number of protective procedures and policies. Roberts retired from the Secret Service in February 1973.” 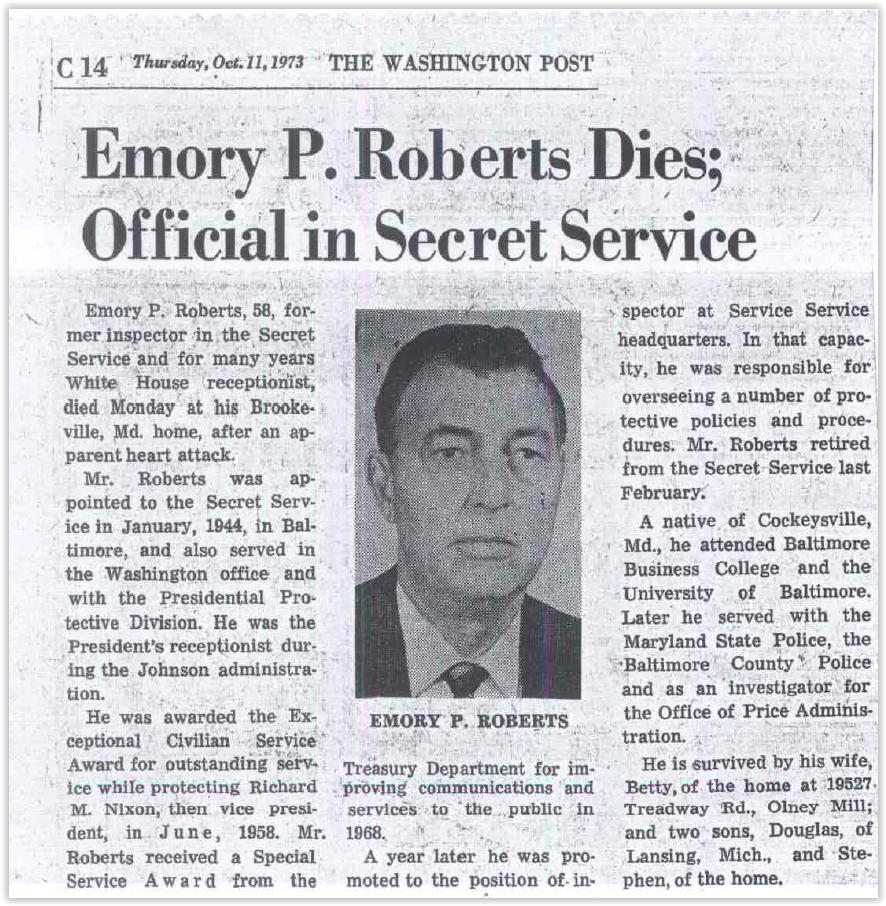