I was recently asked about the importance of the newly released Ray Rocca 5 March 1964 memorandum.  At the time, the Warren Commission (Rankin) was putting pressure on the CIA to produce photographs of Lee Oswald’s supposed visit to the Soviet Embassy (LIMERICK) in Mexico City from 27 September-1 October 1963.  As I have exposed in my Ramon Alvarez post, no photographs existed of Lee at either the Soviet or Cuban Embassies in Mexico City during the time cited.  As a result of Rankin’s inquiries, Raymond Rocca wrote this memo which contained a very significant passage: 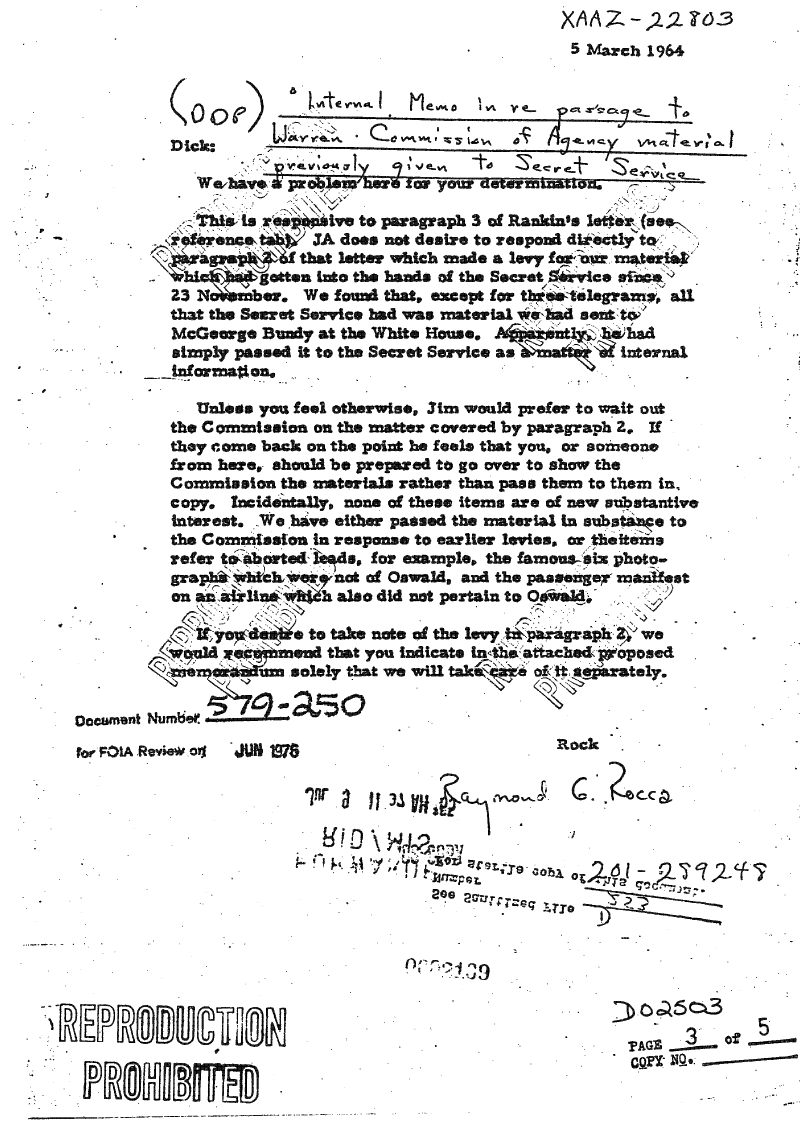 On 5 October, 1978, James Jesus Angleton was forced to testify in executive session before the HSCA:

When pressed by HSCA Staff Counsel Michael Goldsmith to elaborate on Rocca’s statement, this is how Angleton reacted. 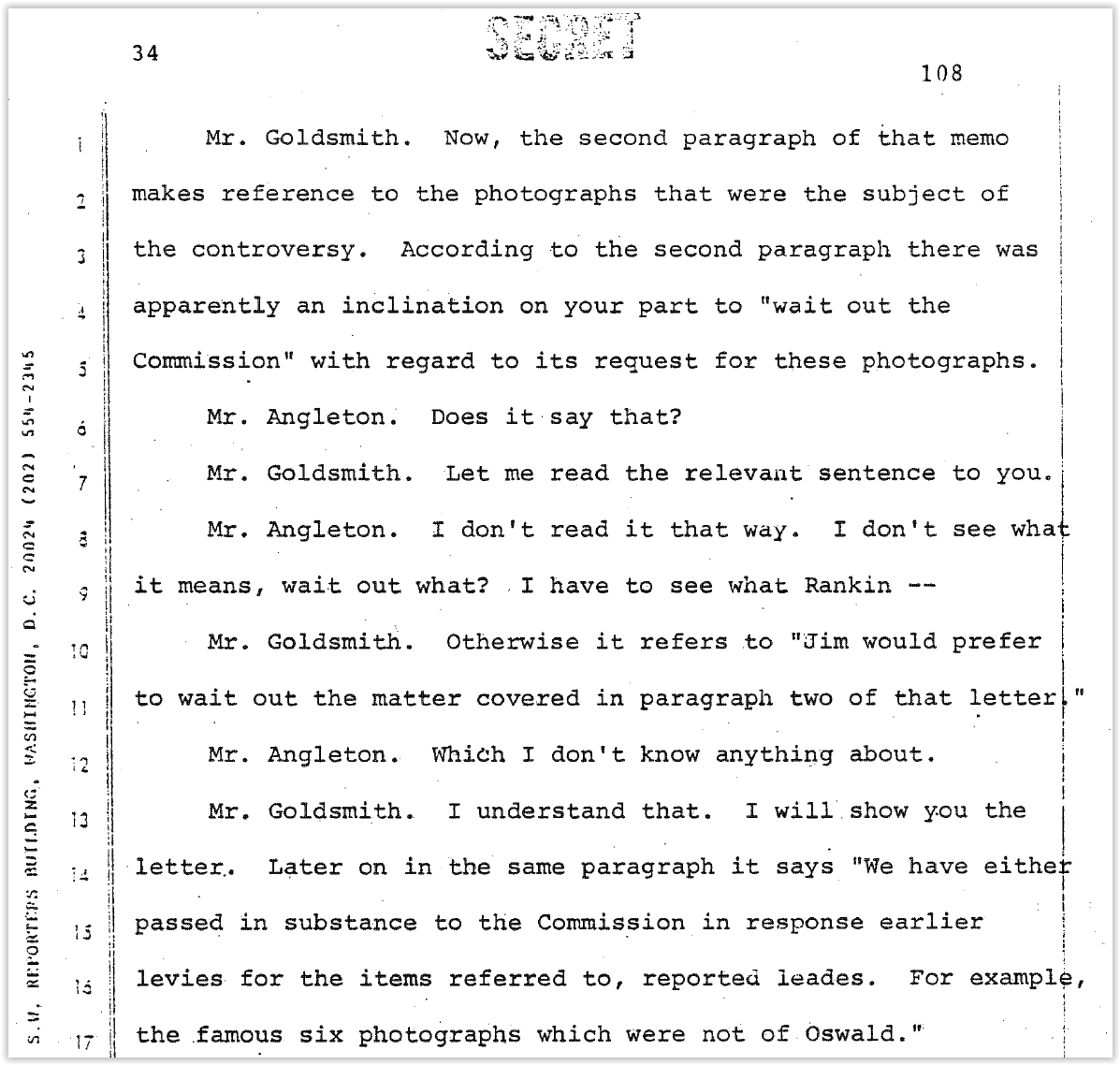 For the first time, we have seen how James Jesus Angleton squirmed in disgrace, as he was confronted with evidence that he actively worked to cover up the circumstances surrounding the assassination of John Kennedy.