The CIA ASCHAM Cryptonym –
Who was he?

In real life and history:
Roger Ascham (1515-1568) was an English scholar and didactic writer who was tutor to Queen Elizabeth I, helping her write most of her official correspondence.
The Schoolmaster, written in simple, lucid English prose, is Ascham’s best-known book. It presents an effective method of teaching Latin prose composition, but its larger concerns are with the psychology of learning, the education of the whole person, and the ideal moral and intellectual personality that education should mold.

Rex Bradford first wondered about ASCHAM  back in 2002 when he came across this document, a detailed memorandum documenting a meeting between ASCHAM and LITENSOR,  Adolfo Lopez Mateos, President of Mexico (1958-1964) who was a CIA asset working for project LIENVOY.  The meeting was held at the residence of Lopez Mateos and one week before President John F. Kennedy took office.  The object of the meeting was to, in a subtle way, influence and pressure Mexico to break diplomatic and economic relations with Cuba : 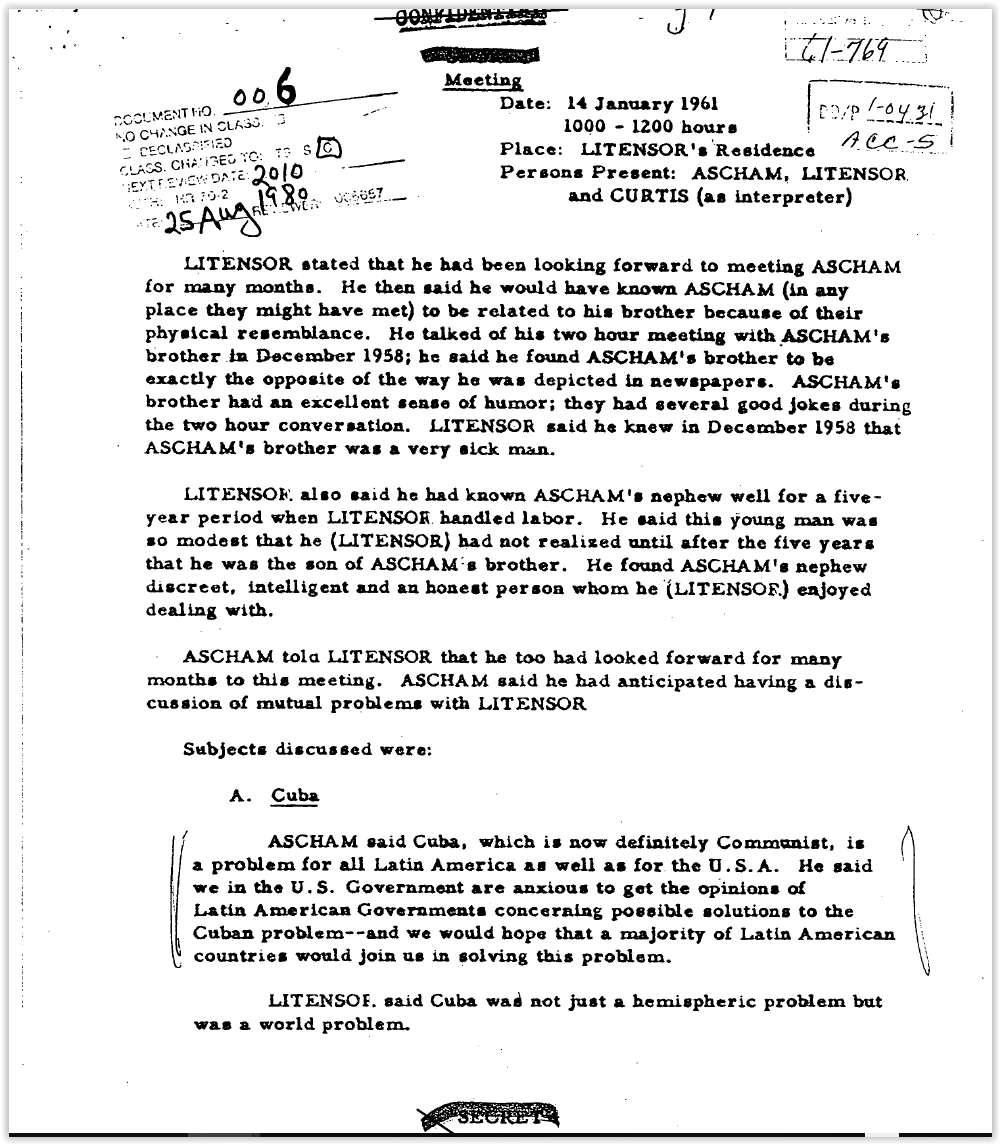 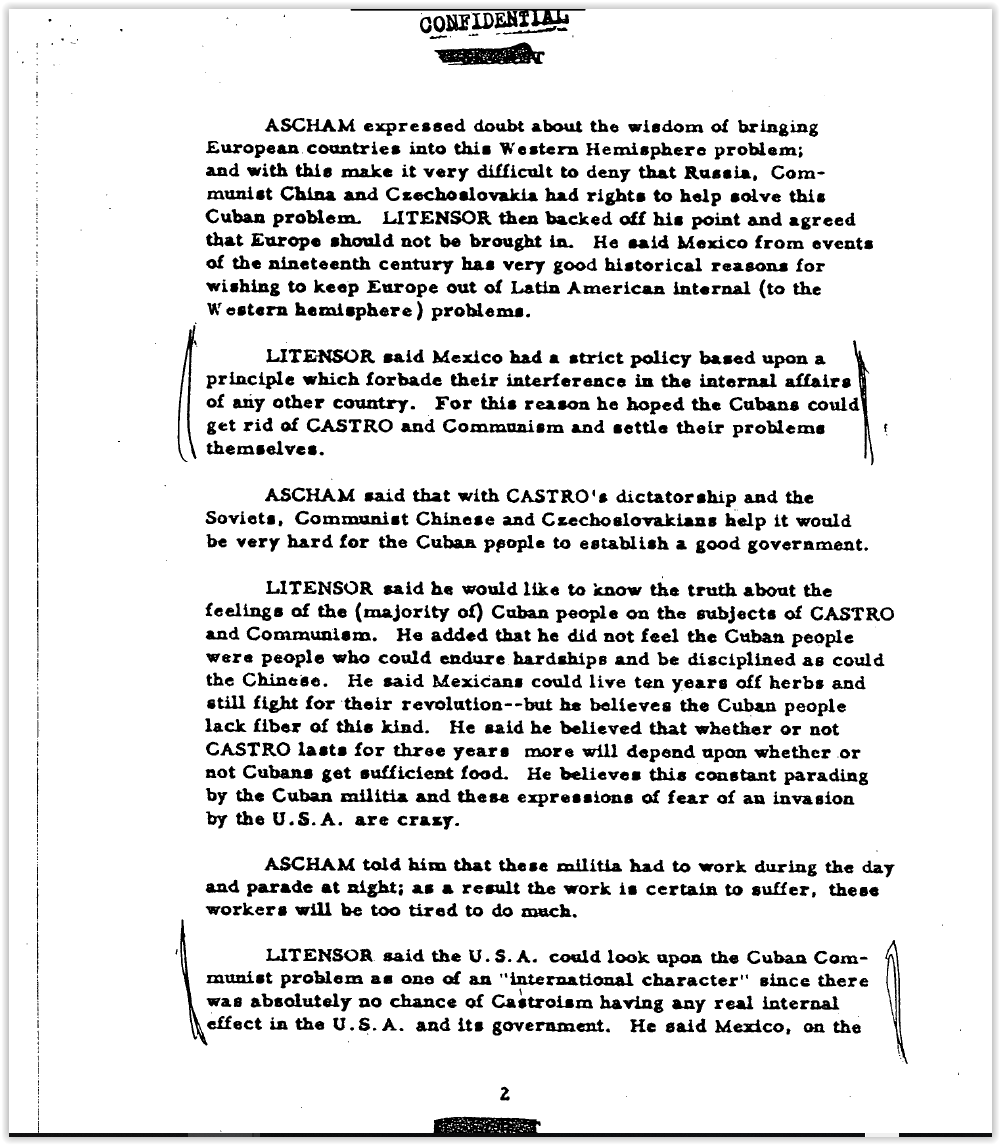 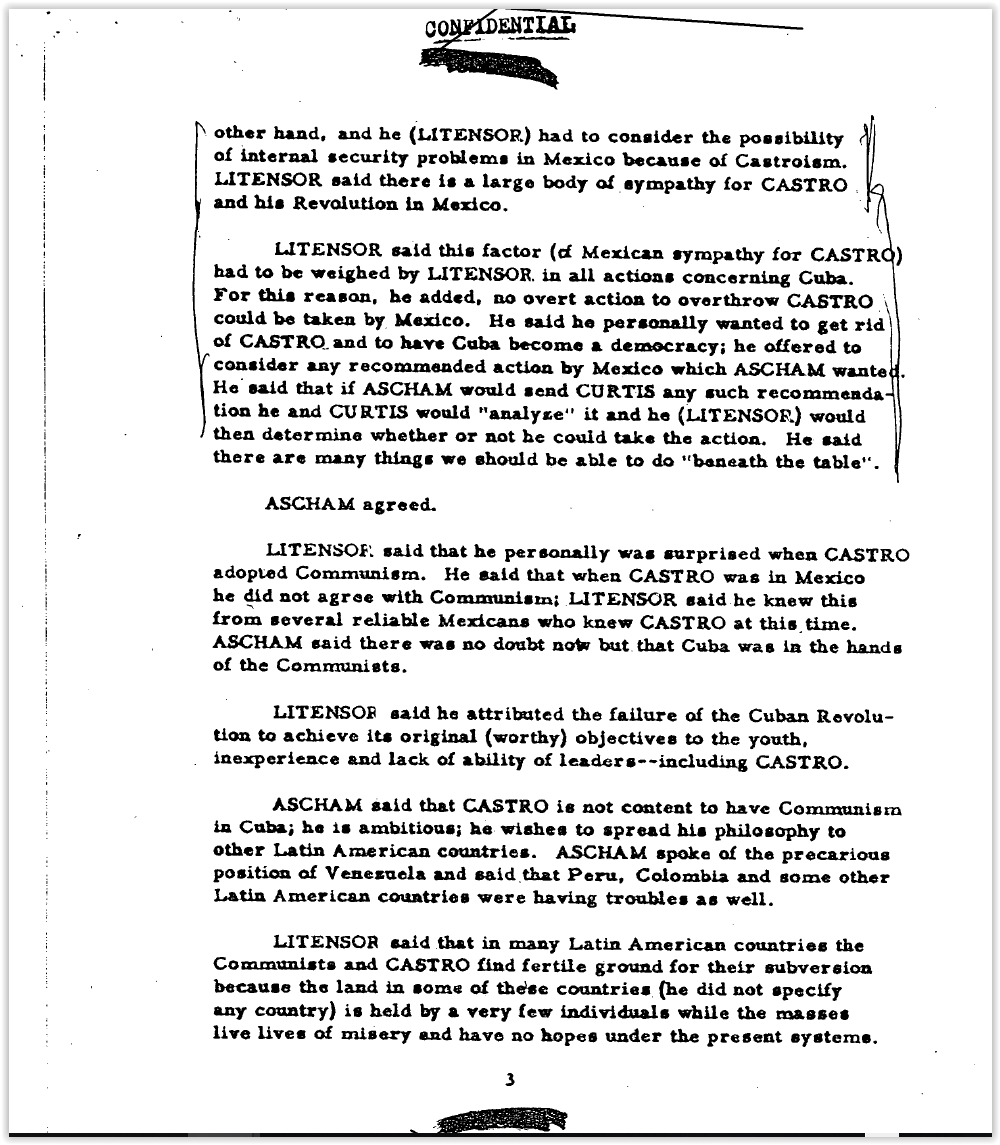 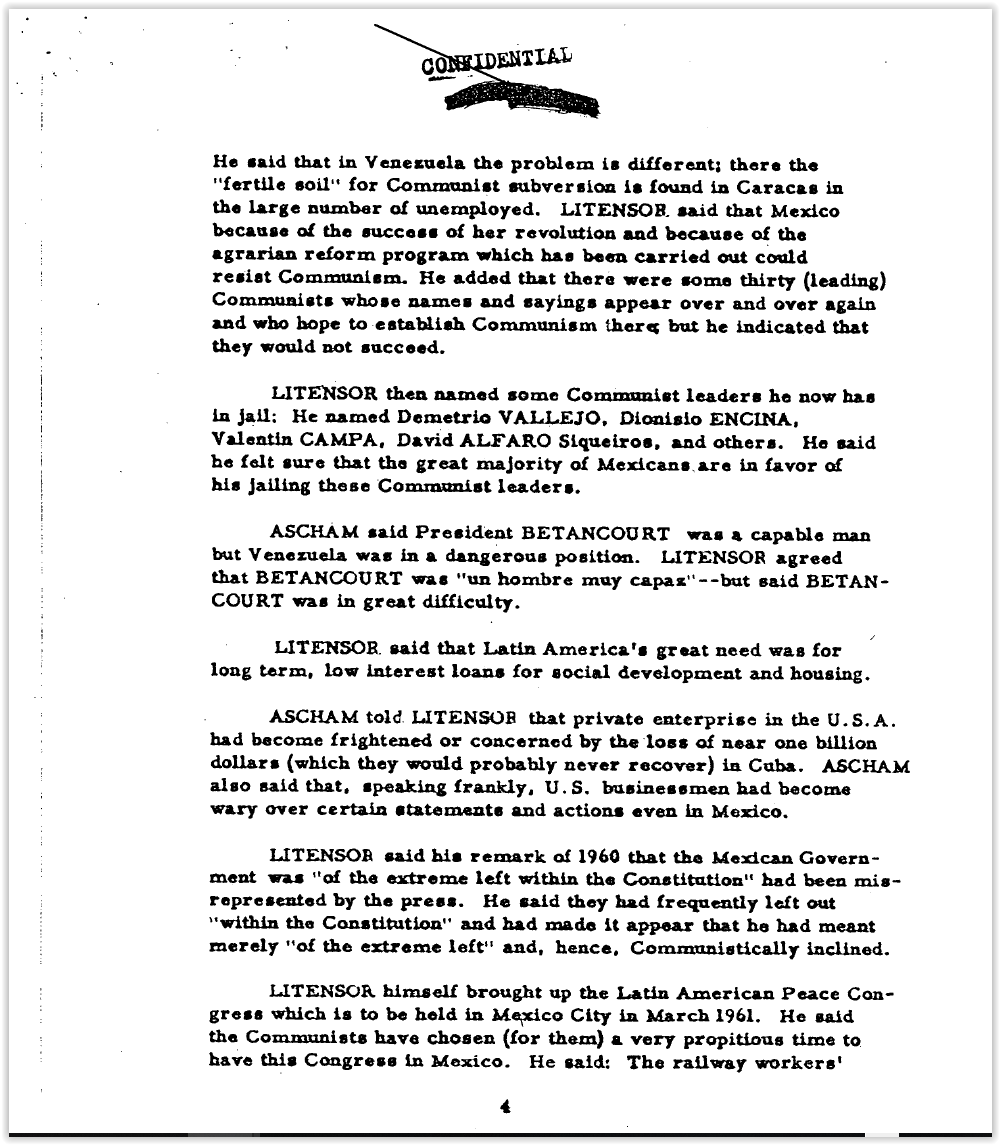 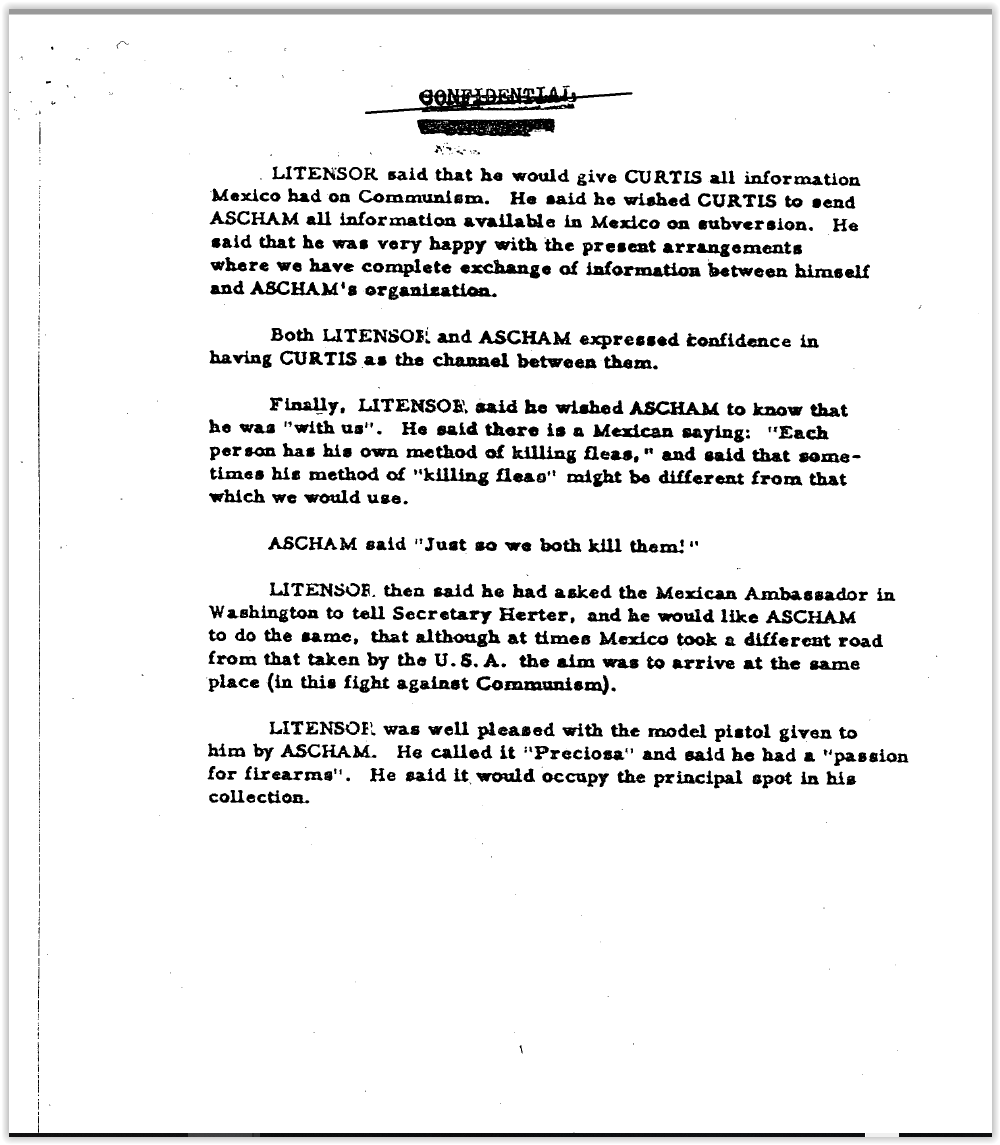 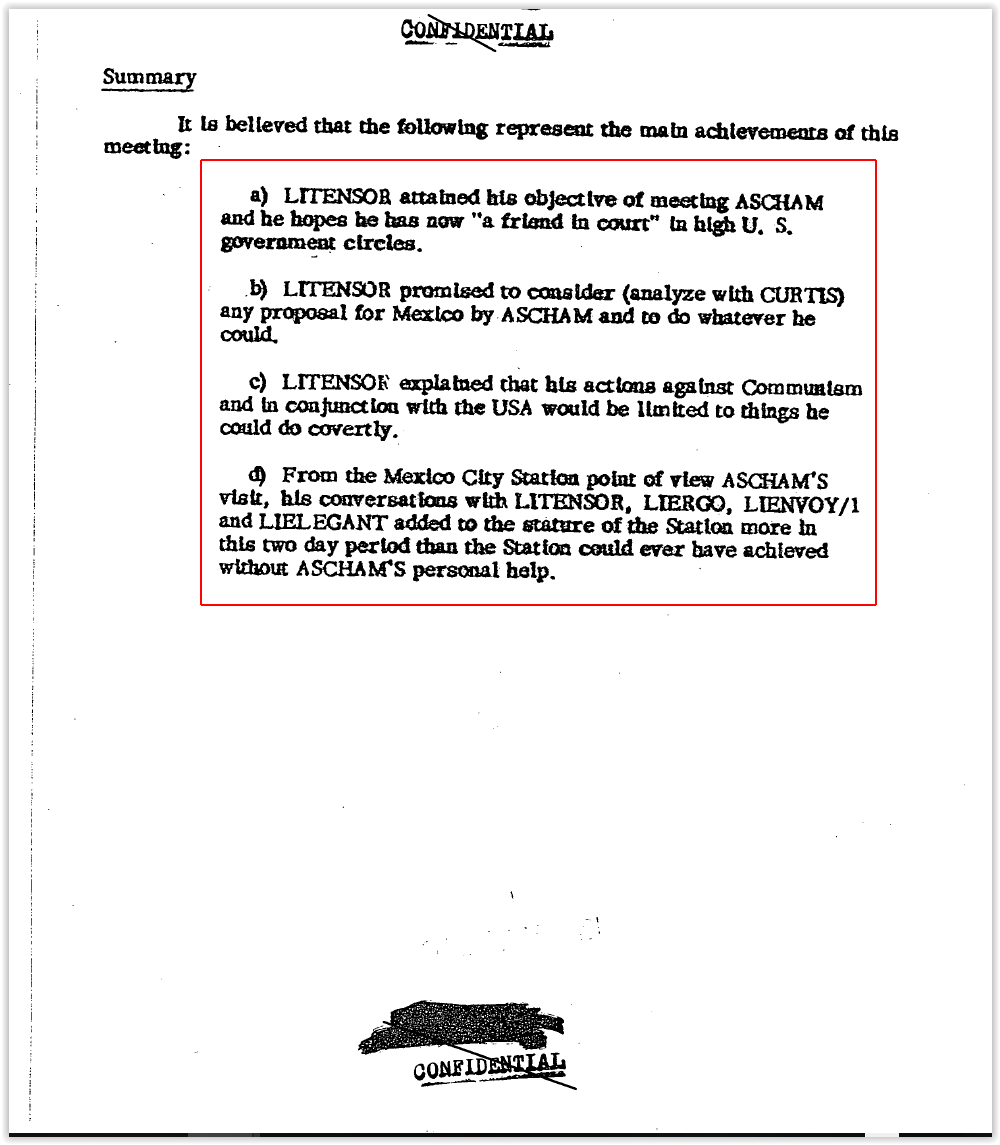 “2. Only remaining hope would appear be to get ASCHAM prevail on the Commission [Warren] not only retouch photos background but also retouch face to degree obviously not identifiable with Ruby but not with actual subject of photo”.

Needless to say, this is a very troubling and perplexing statement. 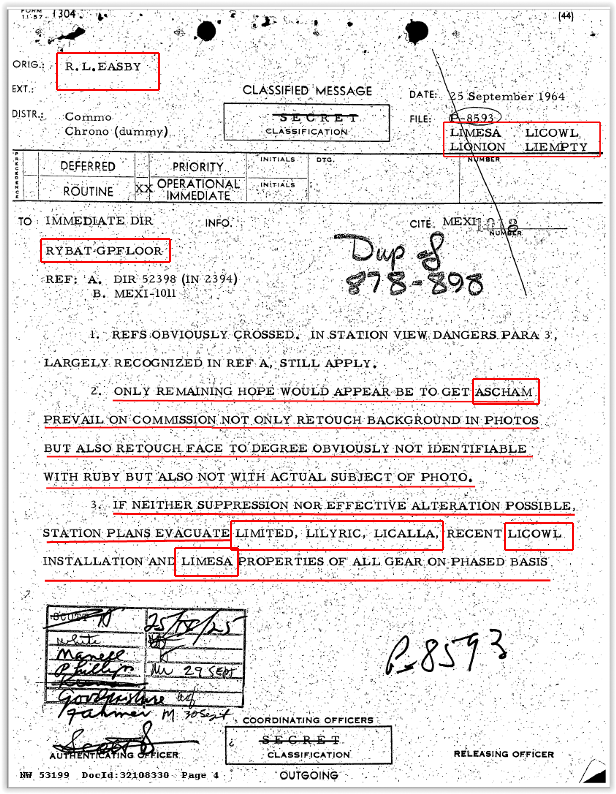 Here is Rex’s analysis regarding both documents: 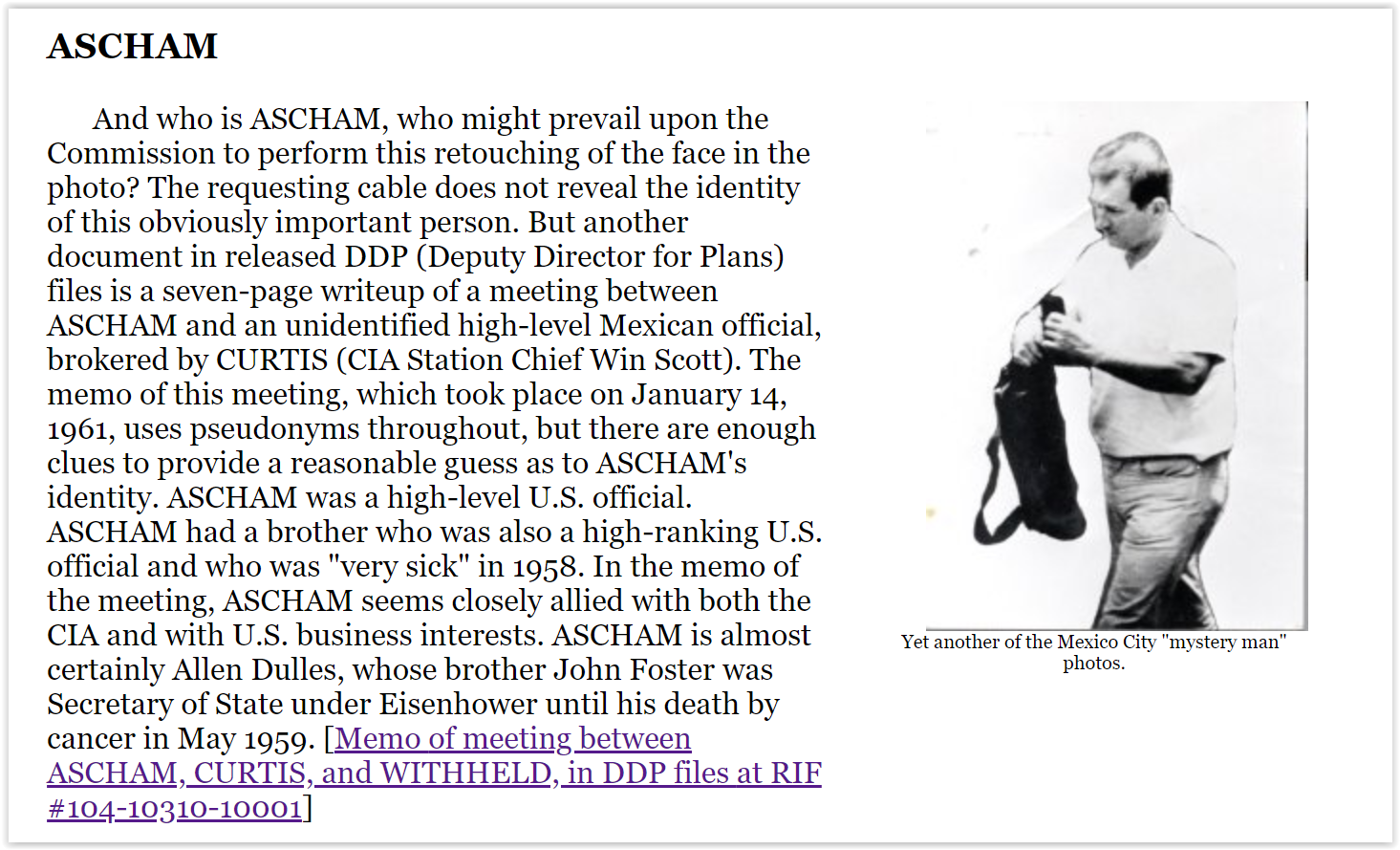 Following Rex’s research, a search for ASCHAM yields very little information, however, there was a fellow by the name of Robert Wheeler (104-10291-10002) who retired from the CIA in 1972. In his file, we find these two letters mentioning Robert A. ASCHAM, Chief KUBARK (CIA).  In 1954, the Chief, or DCI of the CIA was Allen Dulles: 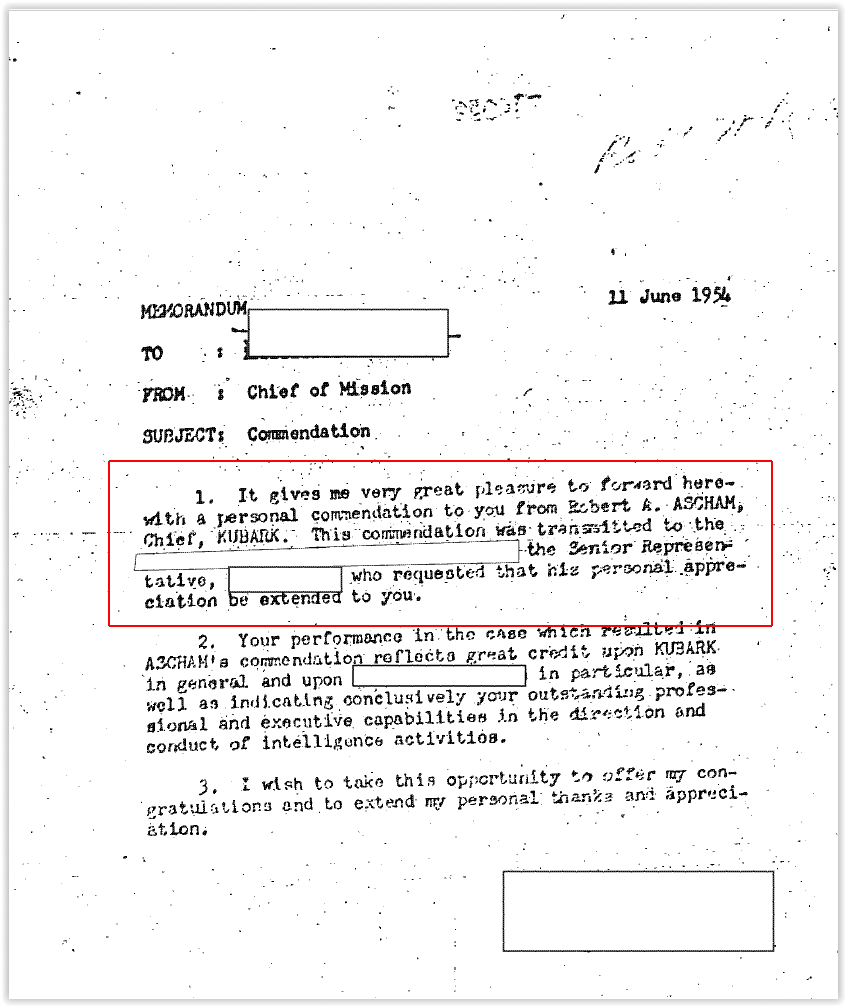 This letter of commendation is signed by “Robert A. Ascham”: 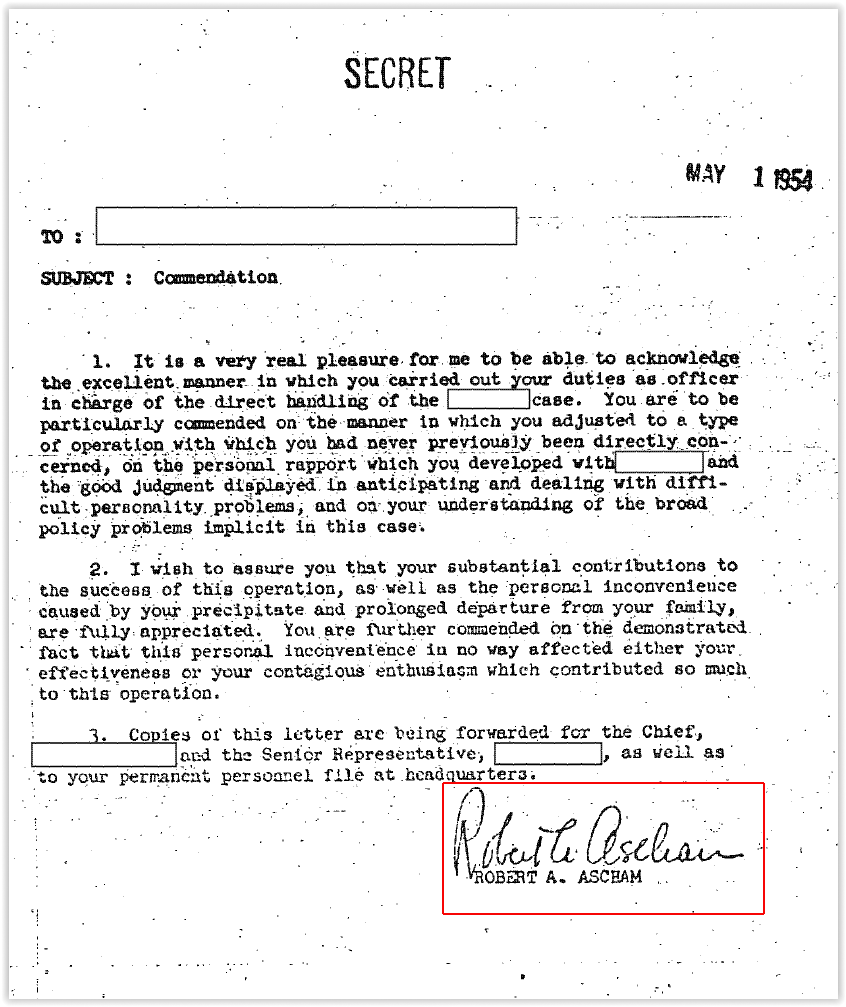 In the wake of the Bay of Pigs debacle, ASCHAM sent this morale booster to his Chiefs of Station around the world: 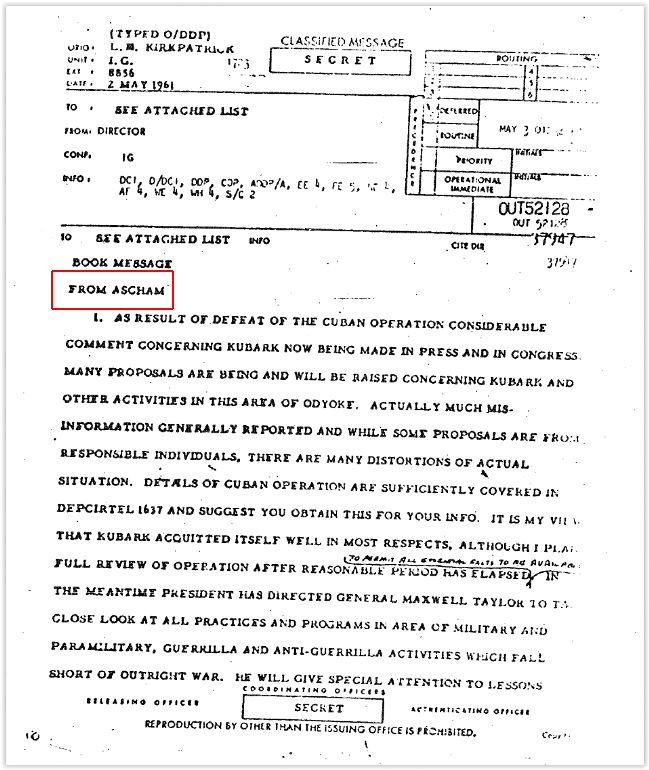 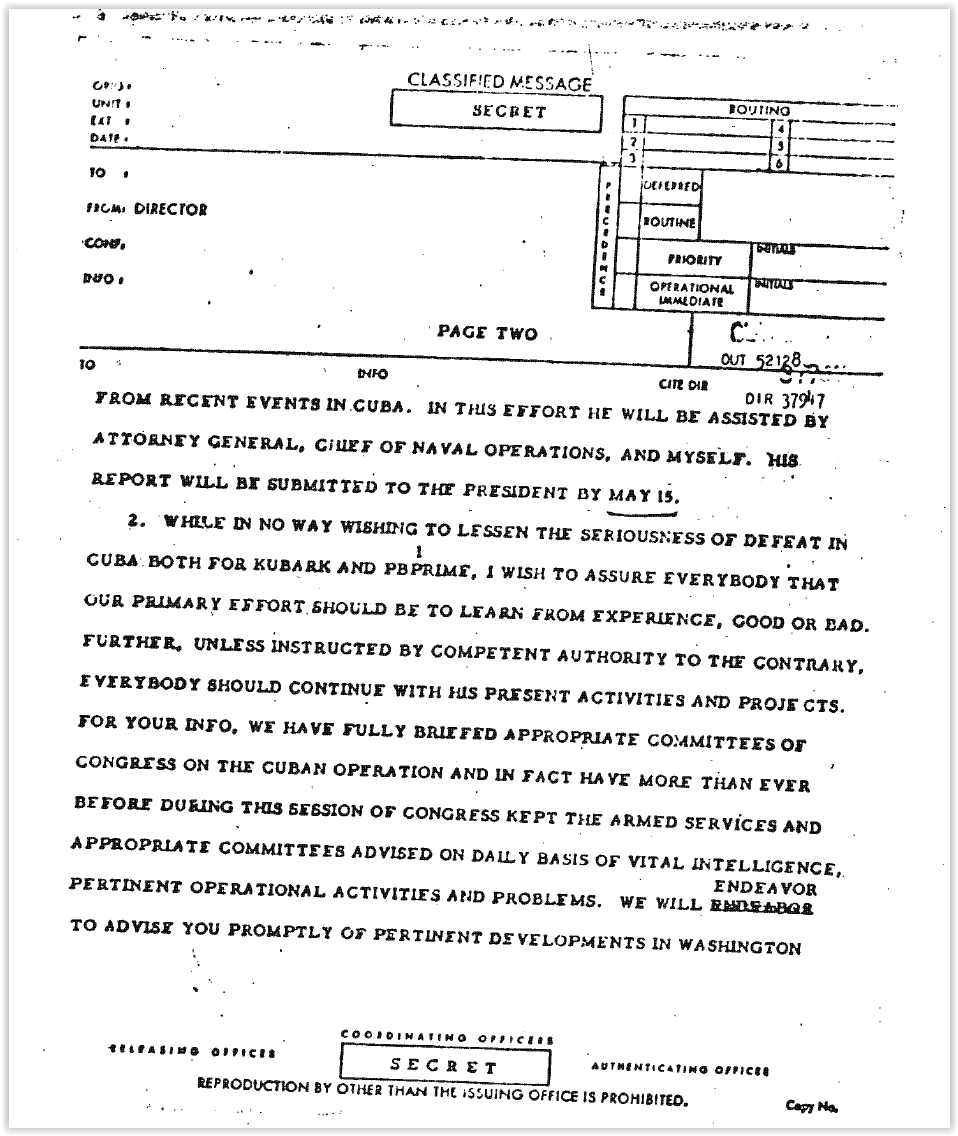 …..and at the bottom of the third page it was signed by Allen Dulles himself! 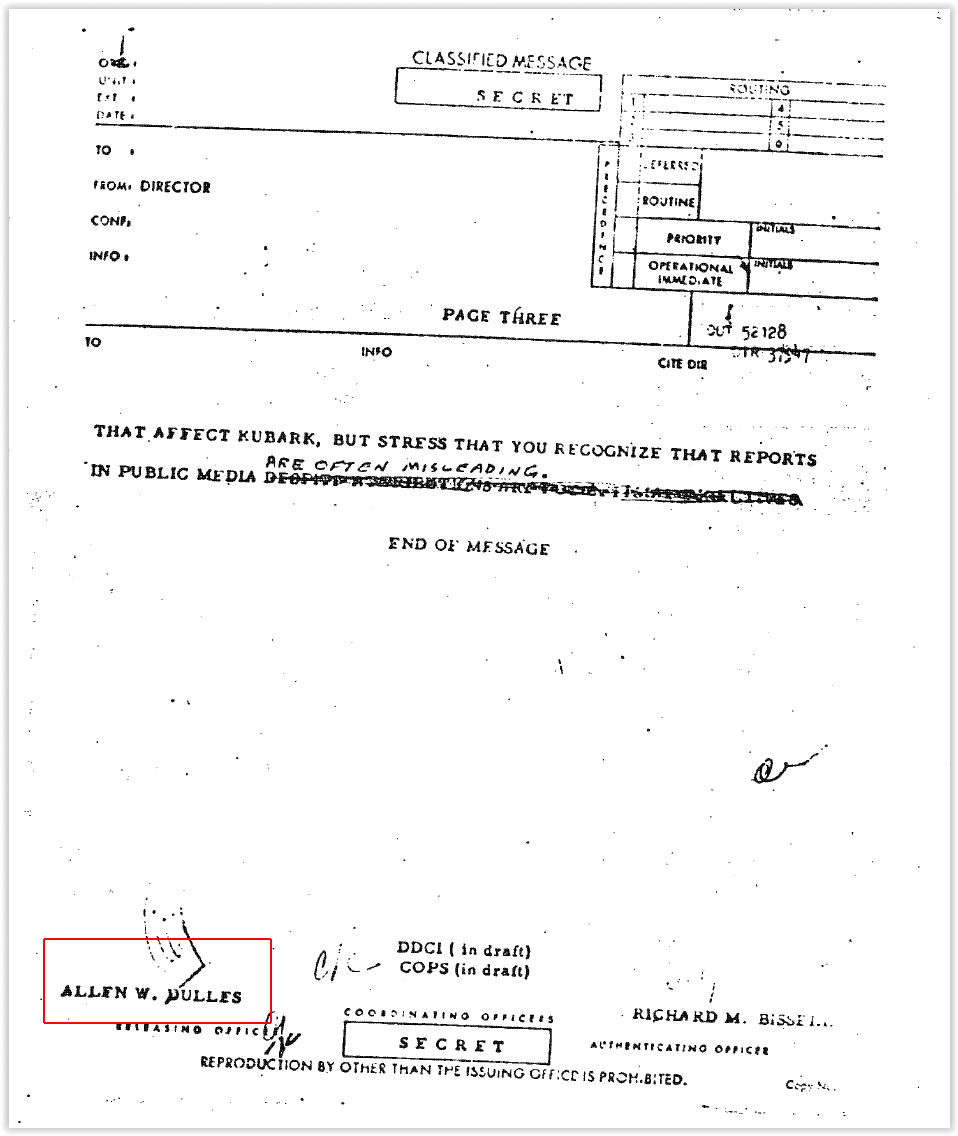 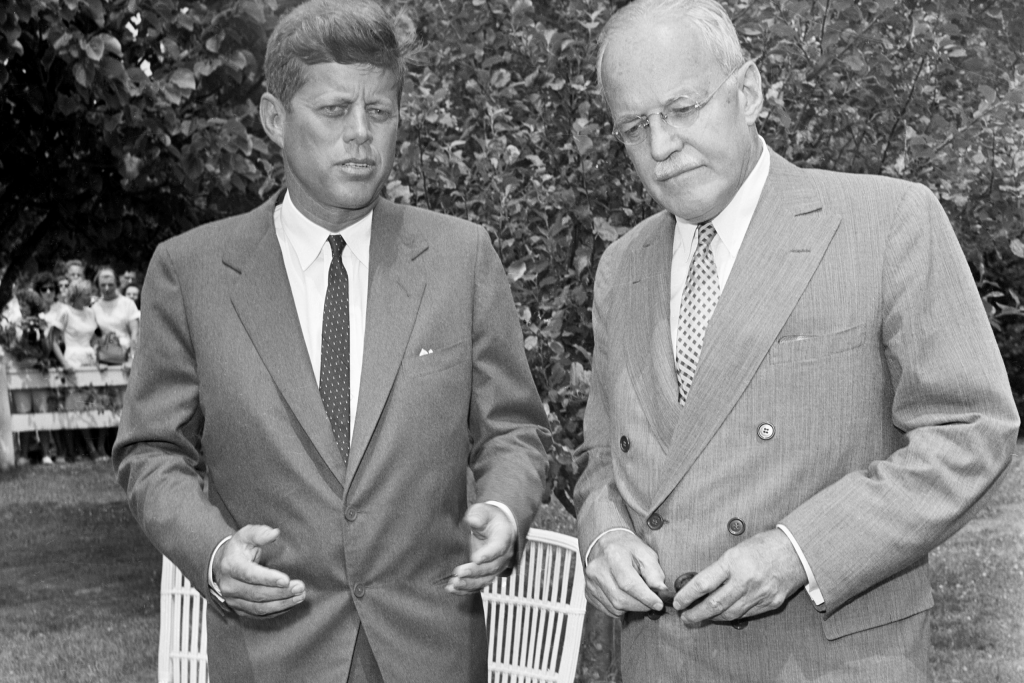 Allen Dulles was appointed DCI, 26 February 1953. Dulles was fired by Kennedy on 11/28/61 during the inauguration of the new CIA Facilities at Langley. 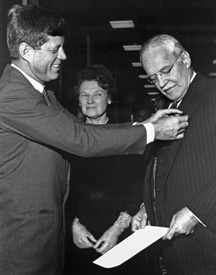