Confirmation of our Altgens6 timeline was sitting there in plain sight

I wish I had this document when I wrote my book. It doesn’t matter, its content constitutes further proof (e) of my hypothesis that the Altgens6 photograph was not sent out to newspapers across the country on 22 November 1963 at 1:03PM, as alleged by those who defend it’s timeline and authenticity.  What’s crazy about all this is that this document, in another form, had already been published in Commission Document 385, pg 10.

This one, courtesy of the Weisberg site at Hood College is a memorandum from Special Agent Joseph G. Peggs to Special Agent in Charge, Dallas, J. Gordon Shanklin 26 November 1963: 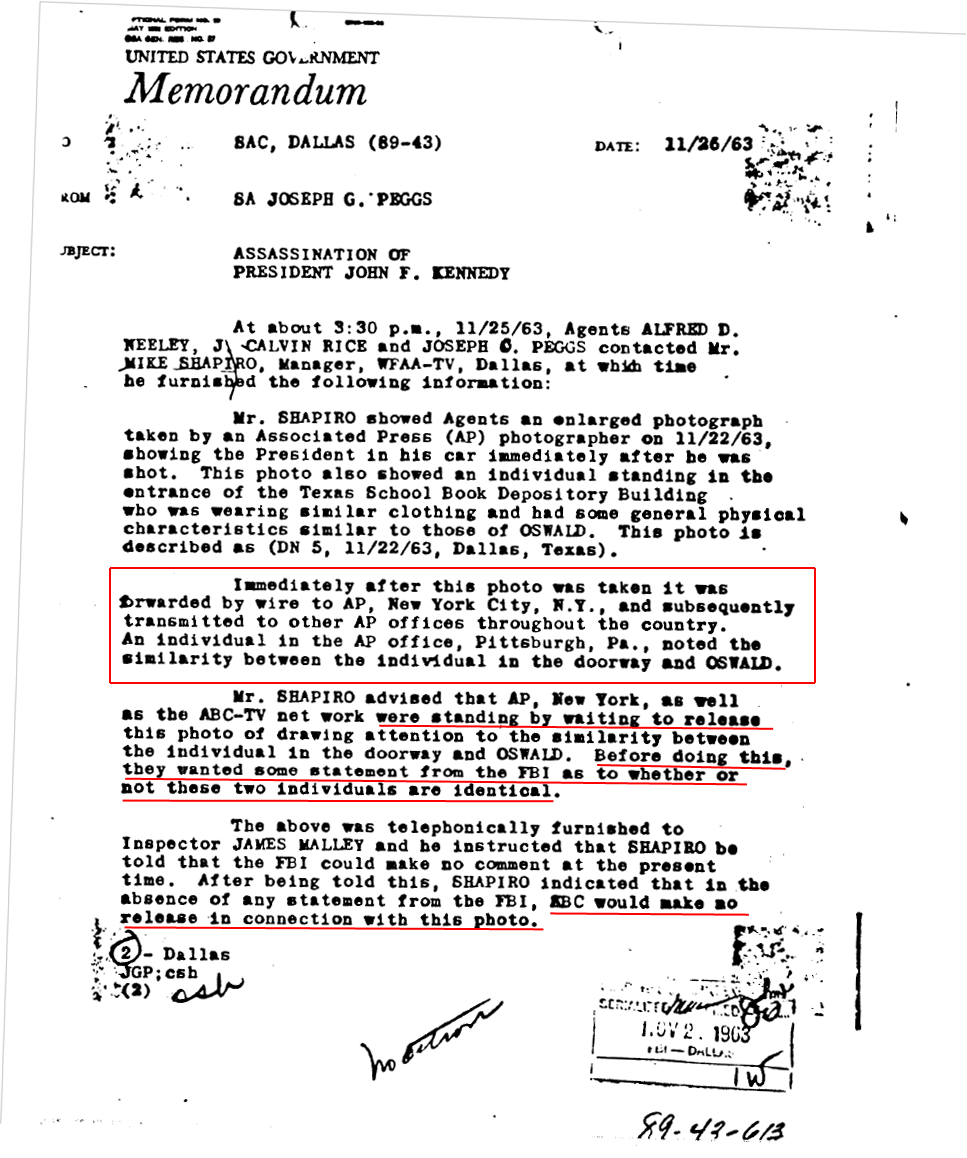 The second page of the memo is just more CYA by the FBI: 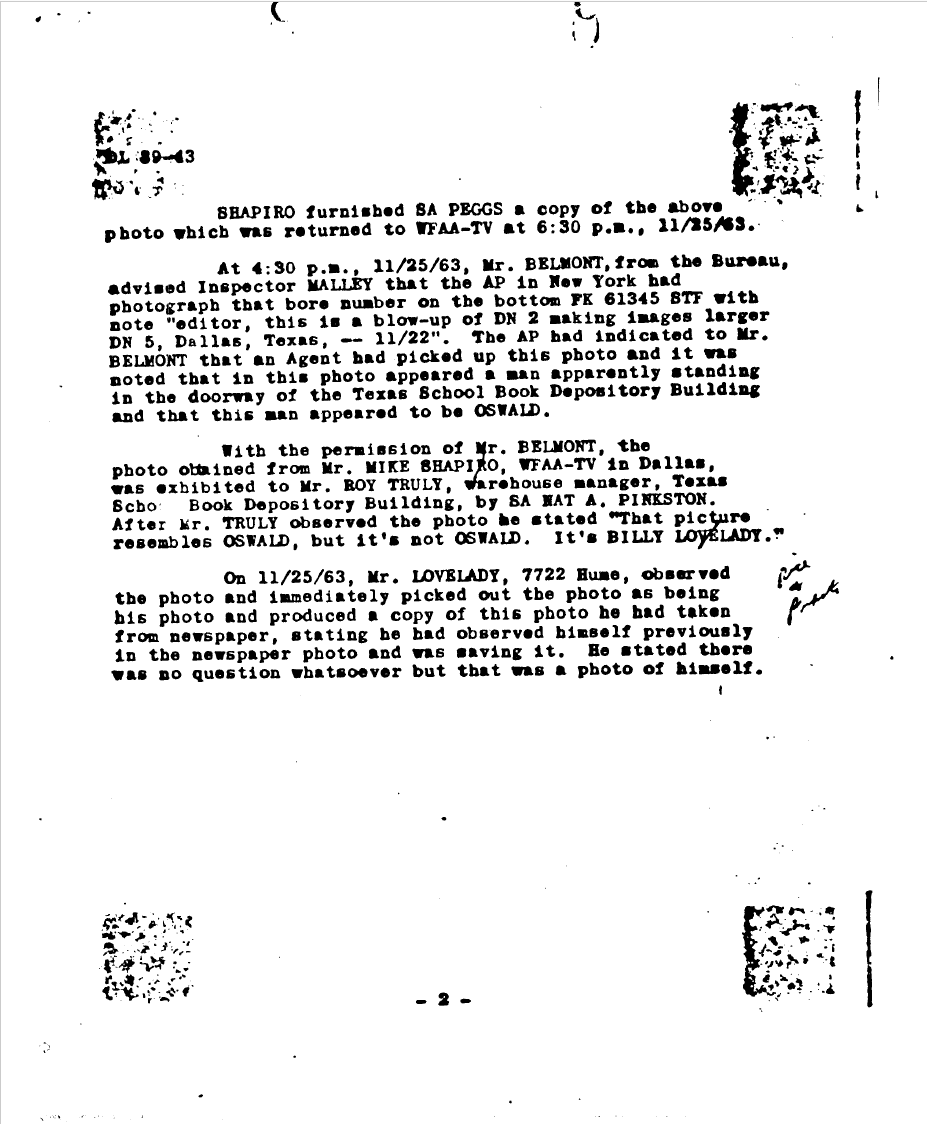 So let’s examine the first page.  The third paragraph tells us that:

“Immediately after this photo was taken it was forwarded by wire to AP, New York City, N.Y., and subsequently transmitted to other AP offices throughout the country. An individual in the AP office, Pittsburgh, Pa., noted the similarity between the individual in the doorway and Oswald.”

This tells us that the photo was transmitted to the Associated Press in N.Y. and other AP offices throughout the country. Up until then, no mention of publication by any newspaper anywhere. The final sentence provides an indicator as to the timing, because photos of Oswald were not distributed until later that day.

Lee was not arrested at the Texas Theater until 1:51PM.  Here is the DPD radio transcript that set the time: 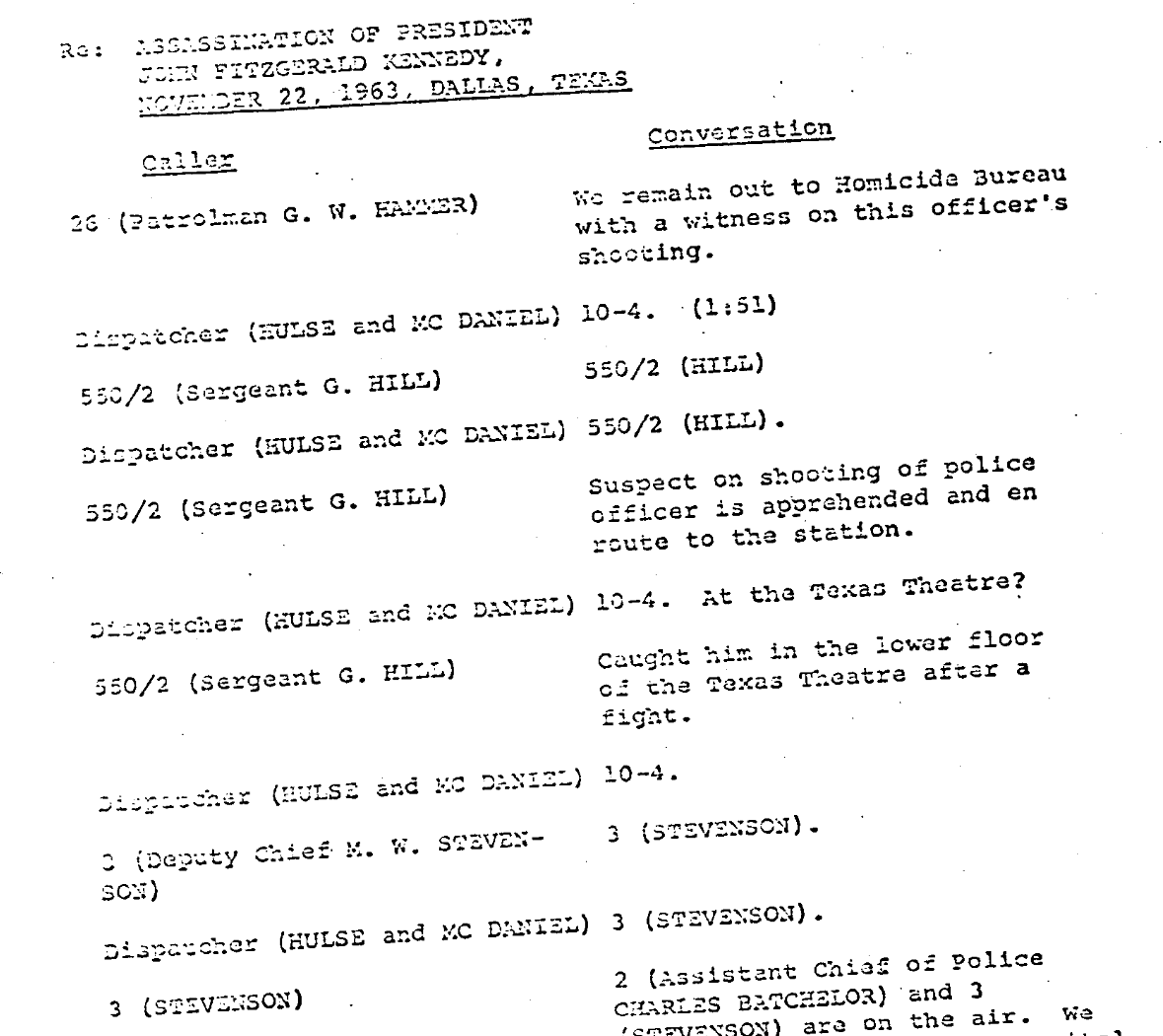 He did not make it to City Hall for questioning until 2:30PM. Using my book as a baseline for the dissemination of photograhs that day, it can be safely assumed that photos of Lee did not make the wires until probably at least 4:30PM that day.  (CBS announced the arrest at precisely that time).

Here is a perfect example –  this photo of JFK, Jackie and John Connally meeting dignitaries at Love Field was taken no later than 11:15 AM that day, however it was not shown on TV until 2:07PM, and only by NBC! As I explain in the book, on-site photos were at a premium and the media was jockeying for position to get them published and shown to the world.

This next paragraph tells us all we need to know about the Altgens6 delay:

“Mr. SHAPIRO advised that AP, New York, as well as the ABC-TV net work (sic) were standing by waiting to release this photo of drawing attention to the similarity between the individual in the doorway and OSWALD. Before doing this, they wanted some statement from the FBI as to whether or not these two individuals are identical.”

This is exacly what happened with the Altgens6 that day, for here is Walter Cronkite showing the severely cropped altered Altgens6 for the first time at 6:34 PM that day: 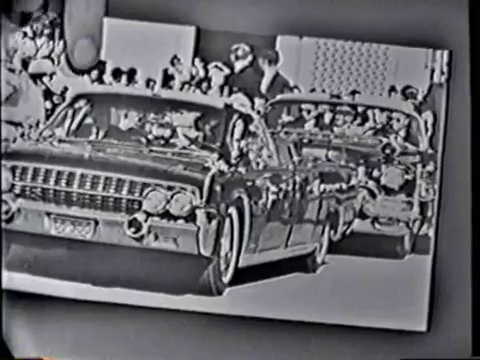