Much has been said and written about how Lee Oswald supposedly went to the Cuban Embassy in Mexico City to apply for a transit visa to Cuba, which would later enable him to go back to the Soviet Union.  This was part of a plan to make his great escape and get away after assassinating President John F. Kennedy.

This is a document shown in blogs and cited in books, the image of an application which Sylvia Durán supposedly helped “Oswald” fill out and staple his photo onto as part of the process to obtain a visa to travel to Cuba. 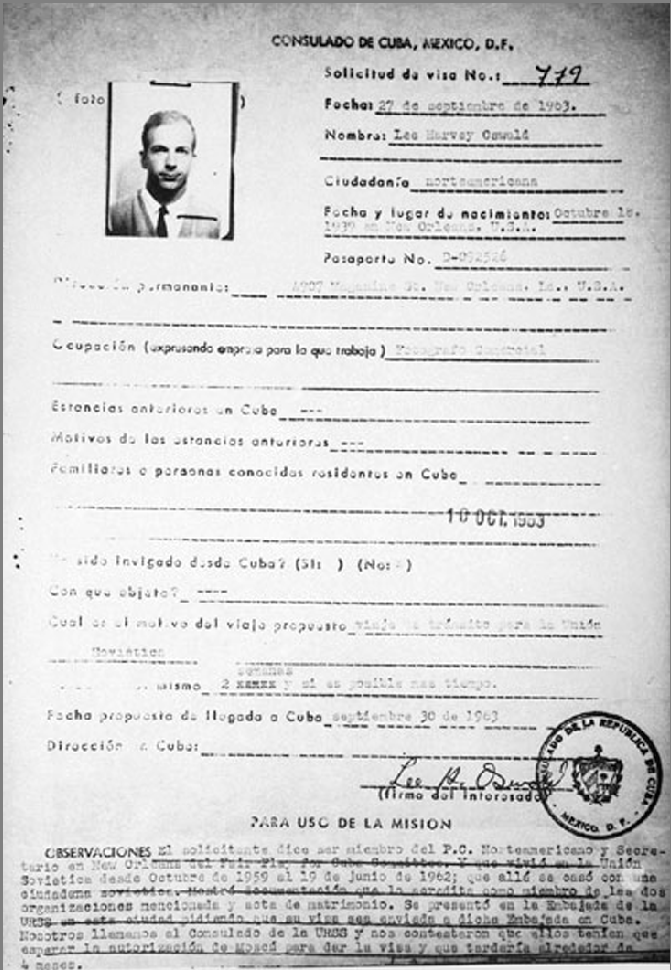 The document appears to be genuine, right? Heck, it even bears the official rubber stamp which reads “Consulado de la República de Cuba”, does it not?

So why does another similar document exist, without the rubber stamp, proving that most of what the CIA documented about what happened with “Oswald” in Mexico City cannot be trusted and much less believed.  We already know that three consecutive Mexican Presidents were CIA assets and were very important links in the LIENVOY wiretapping project.  This, of course, enabled the CIA to create any fairy tale they wanted because they had the cooperation of the highest authorities in Mexico. Unfortunately, Mexico historically has had a nasty reputation of being rife with corruption from top to bottom.

New documents also reveal how Winston Scott, under his pseudonym Willard Curtis, led his operatives to conduct false flag operations, create false documents and fake photo montages, even mislead the U.S. Ambassador by preparing memos that would attempt to lead Mexico to break relations with Cuba using these techniques and other black bag operations. To wit: 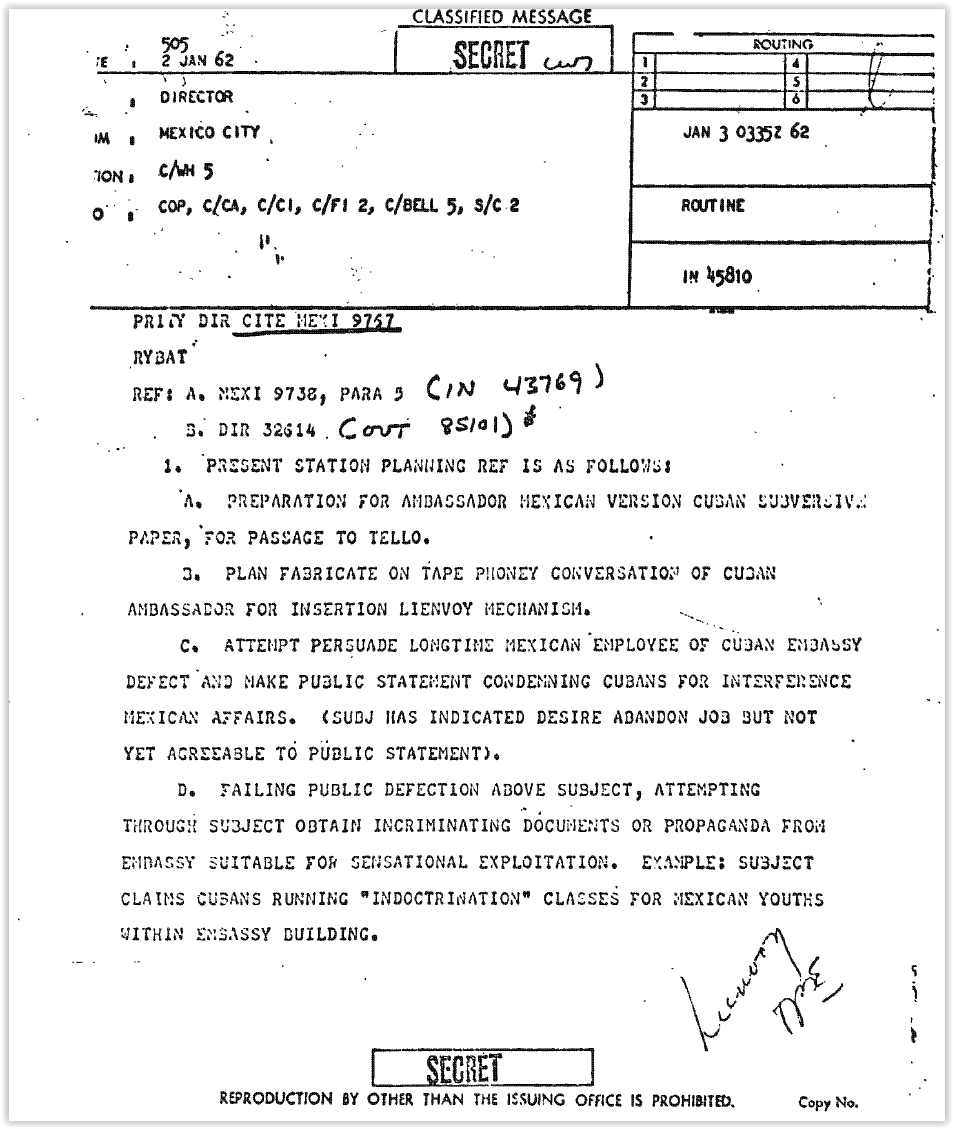 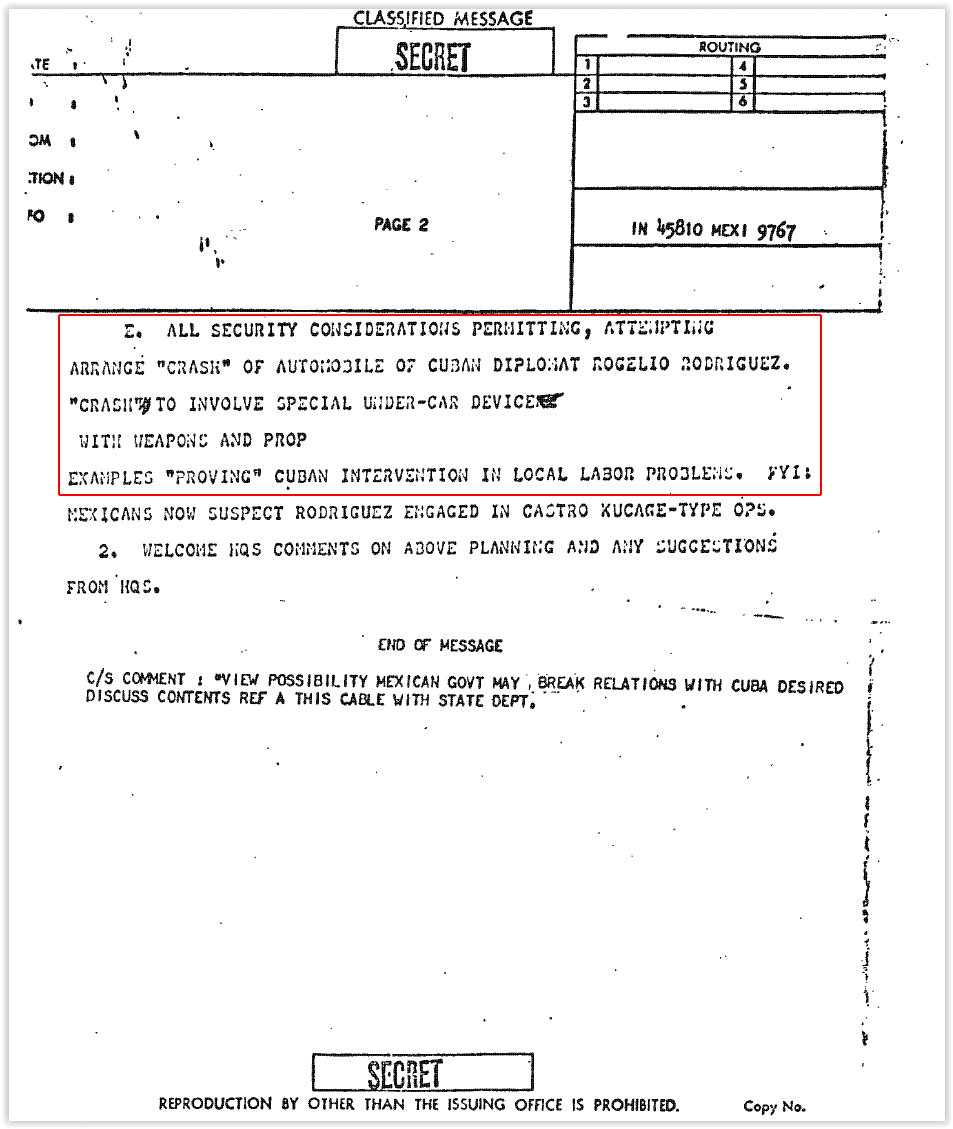 So let’s compare the first document with this one: 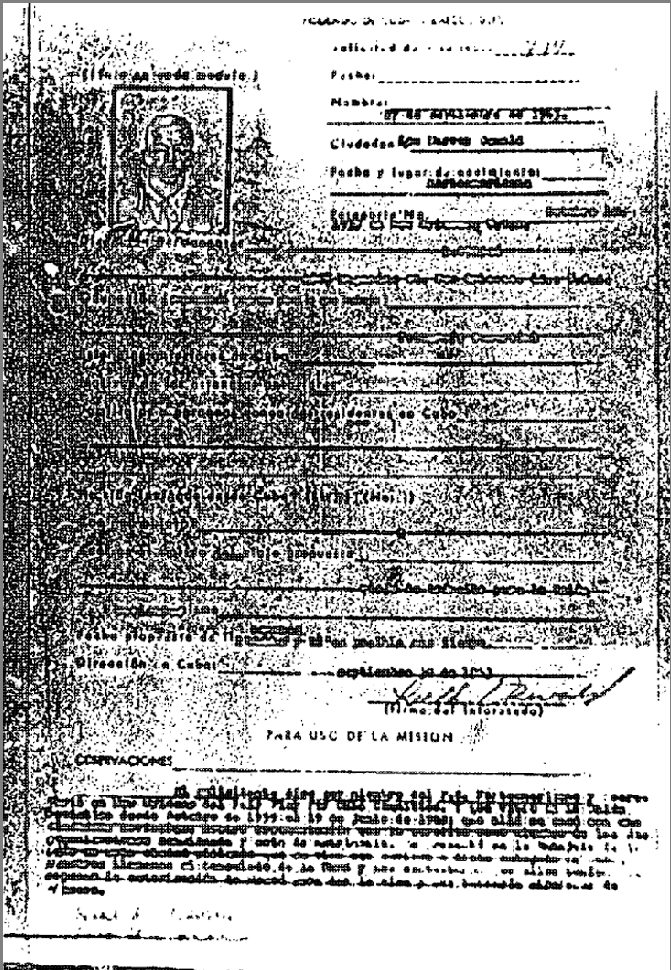 I know, it’s not very legible, however it is legible enough to do forensic overlays and comparisons of different elements of both documents.  Aren’t they supposed to be the same document?  Please read on.

The very first glaring difference between the two is that the signatures are not the same: 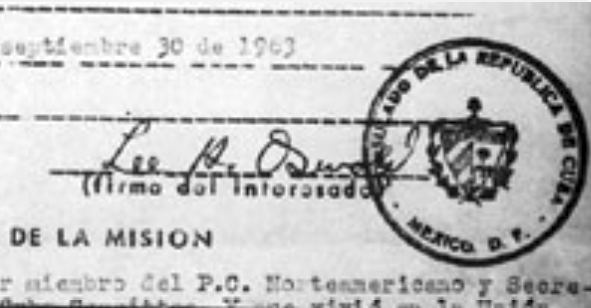 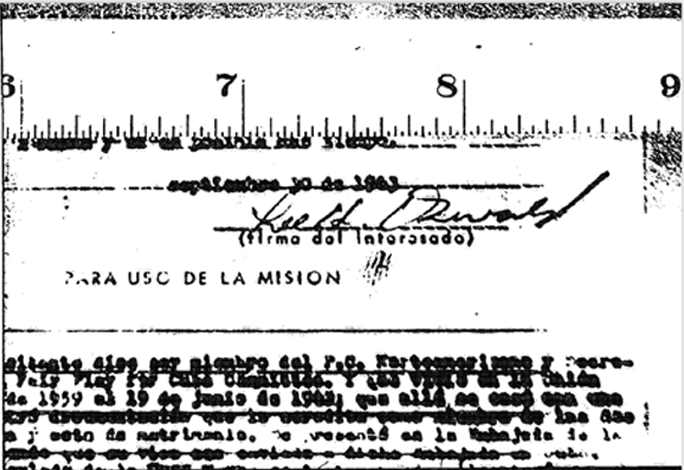 This alone would prove hanky panky – unless this document was prepared in duplicate by the Cubans and they provided the CIA with both! But what about the signatures? Why are they so different? Hmmmmm…..

Time for some overlays and photogrammetry

Here is a side-by-side comparison of the entire documents. First we line up both photographs: 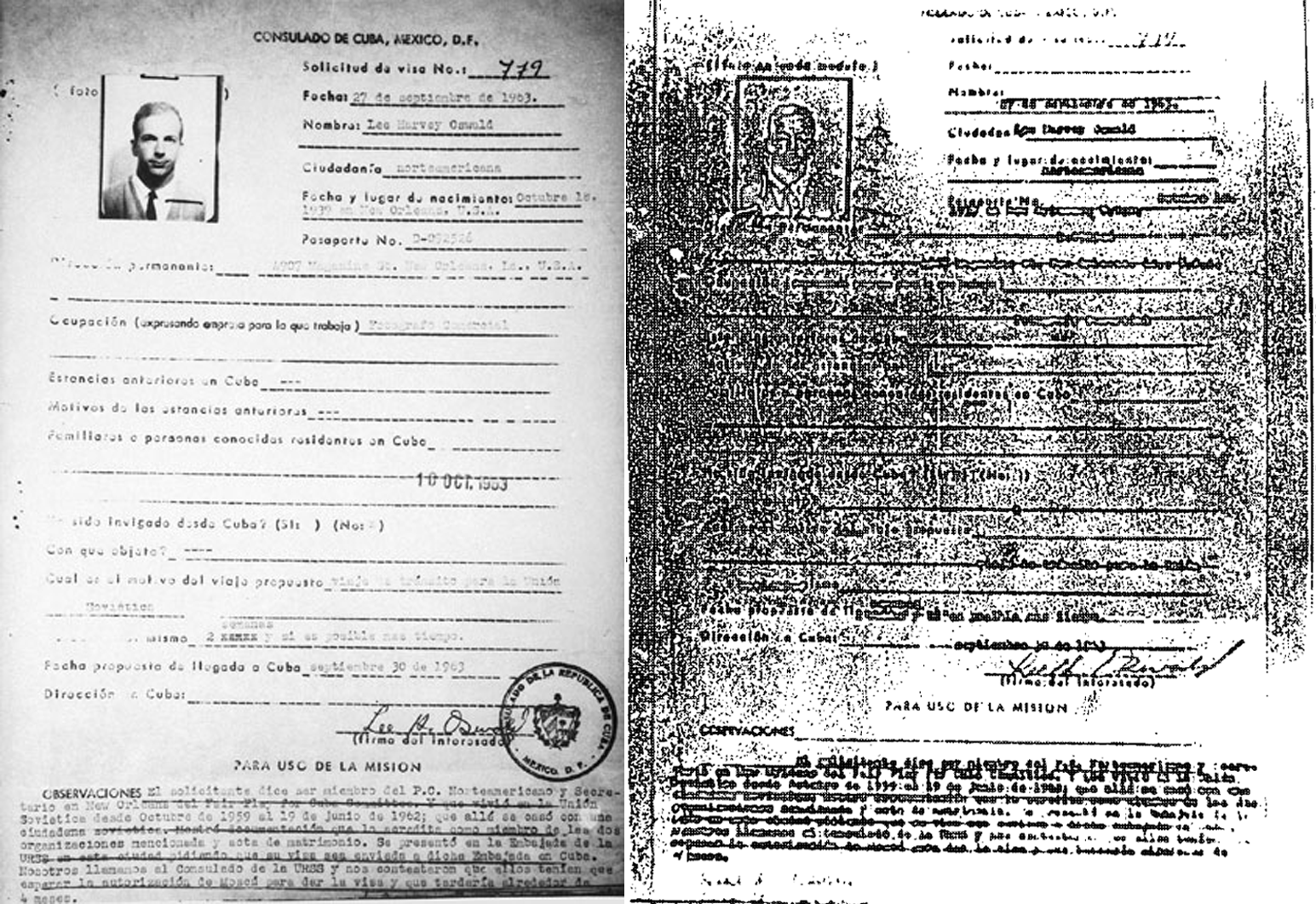 They don’t seem to line up, do they? Red lines running across both might help visualize the difference: 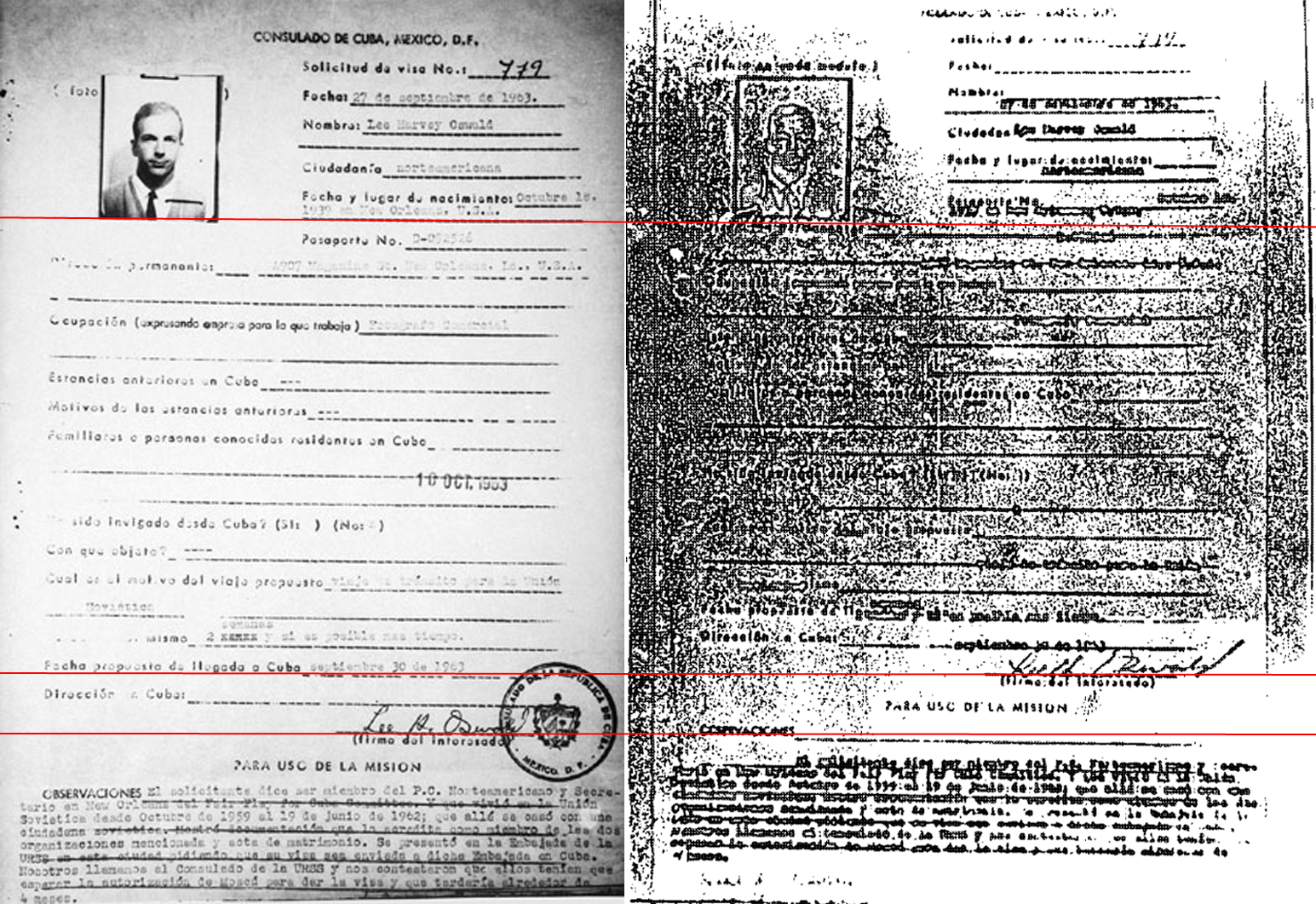 The typewritten entries of the second “visa application” above right that show date and name of the individual actually fall below the application lines and are not in their corresponding slots as they are in the document at left.

Here is an animated overlay of the signatures showing increasing degrees of opacity.  The common marker to line up both documents is the phrase “PARA USO DE LA MISION”. Note how the date “septiembre 30 de 1963” also shifts noticeably.

And how about the entire document:

The timing of the document does not work

This application clearly shows the applicant’s alleged intended date of travel 30 September 1963.  If this was so premeditated as history tells us, then why did he not use November 1963 as his travel plans? Has anyone ever wondered why this does not coincide with his supposed assassination plans for November 1963?

This is why they delayed the release of so many JFK assassination-related documents.  What they did not count on, is the fact that modern computer digital imaging easily detects the enormous effort to frame Lee Oswald for a murder he did not commit.